Victoria Price touring with film and new edition of cookbook 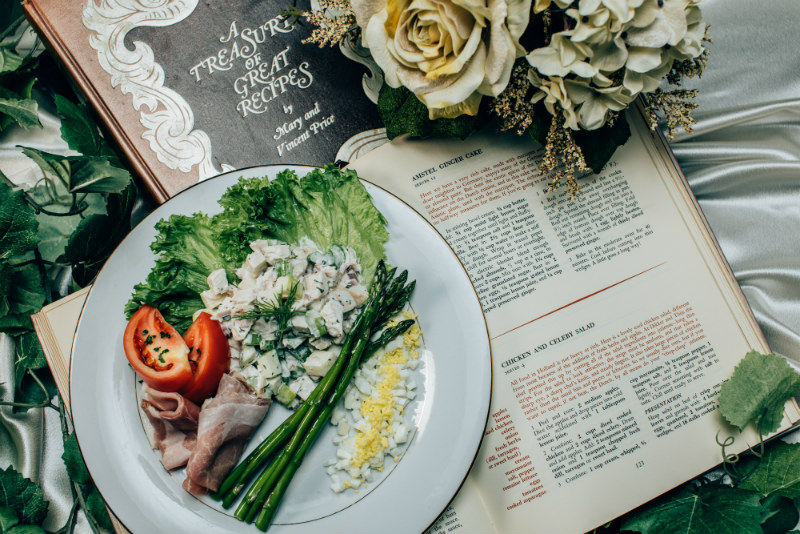 Vincent Price is probably best remembered as a character actor with a distinctive voice who specialized in film noir and horror in the Forties through Seventies. That, or his Eighties voice-over in Michael Jackson's iconic "Thriller" video.

However, Price was also the scion of a proud midwestern food dynasty, a Yale-trained art historian, popular public speaker, and noted globe-trotting gourmand who was responsible (with wife Mary) for one of America's first and most beloved celebrity cookbooks – A Treasury of Great Recipes, first published in 1965 and recently updated.

With the 50th anniversary edition of the cookbook coming out this fall, the Prices' daughter, Victoria, was looking for an innovative way to introduce the book and her family legacy to a new generation of culinary and film enthusiasts. Savvy friends in Austin suggested she approach Tim League of the Alamo Drafthouse and the genre-film lover jumped at the chance to collaborate with her. During September and October, Victoria will appear at select Drafthouse theatres around the country with a Dr. Phibes feast based on recipes from the cookbook, followed by a talk about her parents' lives and legacies. The tour rolls into Austin on Tuesday, Sept. 29.

Drafthouse chef Trish Eichelberger is excited about bringing the recipes to life. "It was a pretty cool opportunity to work with the A Treasury of Great Recipes cookbook as my main inspiration for The Abominable Dr. Phibes food and film event," she says. "The book is a classic compilation of great menus, recipes and insight by Price himself. I thoroughly enjoyed the various restaurant menus included, and the pictures of Vincent and Mary's house are great windows into the couple's life, and how important good food and hospitality were to them. I'd love to keep repeating this event, as the book is almost boundless with inspiration.  I am beside myself with excitement to meet Victoria Price and get even more of a peek in the lives of Vincent and Mary."

Victoria Price is a designer, writer, and public speaker who makes her home in Santa Fe, New Mexico. She describes the gratitude and enthusiasm with which her parents lived their lives as a “yes-based life,” pursuing and then sharing their interests with others. One of the talks Victoria Price presents in her work as a public speaker is a multi-media presentation entitled "Explore, Savor, Celebrate." “The way they lived their lives came down to those three things … They explored the world, savoring food, art, and adventure, and then brought it home to celebrate it with their friends,” Price explains. “They were famous for their dinner parties, not because some A-list actor would be there, but because the food and hospitality would be so wonderful that people in the community wanted to attend.”

A Treasury of Great Recipes grew out of the Prices adventurous travels spent discovering out-of-the-way gourmet meals and coaxing recipes out of chefs and cooks wherever they visited. Saveur magazine has described the book as “one of the most important culinary events of the 20th century” and it was recently named the eighth most popular out-of-print book of any kind on BookList. "Collaborating with Alamo Drafthouse to celebrate the 50th anniversary of my parents' iconic cookbook is a dream come true," says Price. "I am genuinely excited about sharing stories about my family legacy with audiences around the country."

Signed copies of A Treasury of Great Recipes: 50th Anniversary Edition (Calla Editions, $50) will be available at the Dr. Phibes Feast. Single tickets or tickets that include a copy of the book are both available. More information about the culinary Vincent Price (along with a Price-themed wine collection) is available here.