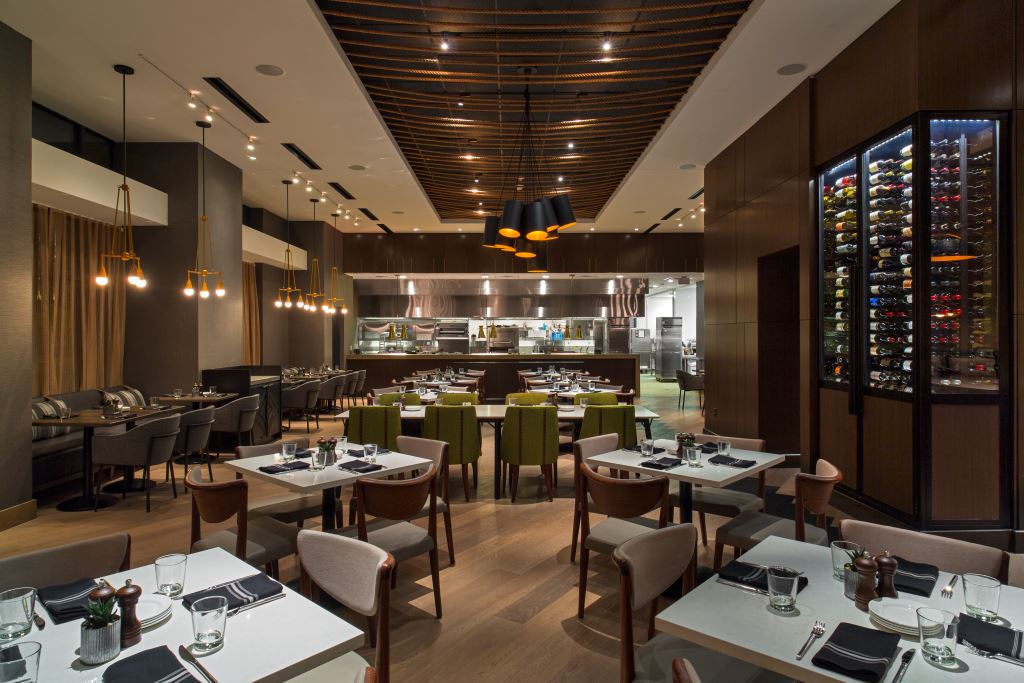 The trouble with the stereotype, however, is that in Austin it never quite rang true. A quick look at our First Plates or restaurant poll tells a different story – hotels have been quietly delivering for as long as the Chronicle has been covering food. Stella San Jac, the Southern-inflected restaurant on the bottom floor of the Westin, is the latest to enter the fray.

The dining room has a certain clubbiness about it with upholstery covering everything from banquettes to the Danish modern chairs scattered on the floor. Wood wraps most of the box, with a textured French gray wallpaper punctuating the columns. There’s no color, save for a handful of pear chairs surrounding a large table and an agate backsplash behind the bar. 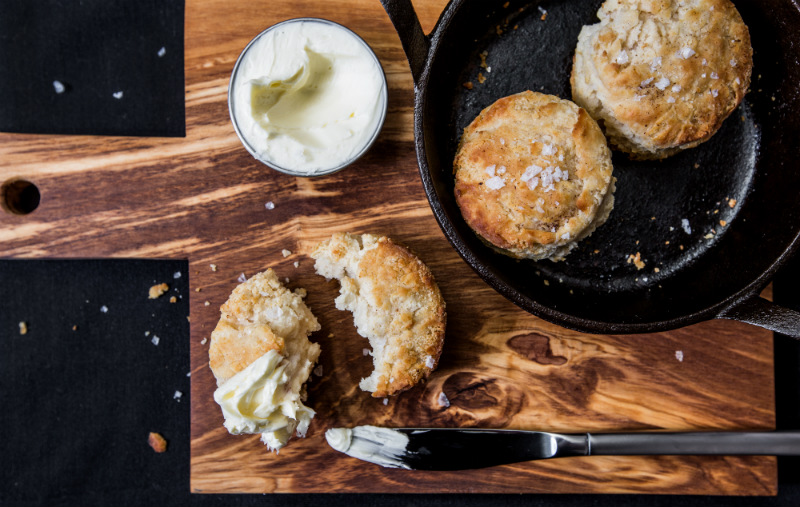 The neutrality is a little more inviting than description would suggest. In their quest to be agreeable to a wide swatch of travelers, hotel interiors often give way to blandness. Stella largely avoids this through small touches like succulent planters on every table, homey pillows, and brass fixtures. That sense of comfort is somewhat interrupted by proximity of the hotel lobby to the dining room. The openness makes it easier for Internet dates to find you, but some division from harried travelers would help should things get more intimate.

The menu, from Pennsylvania native Michael Cerrie, takes a more straightforward (if still sophisticated) approach to Southern cuisine than the recent pair of Southern hotspots Olamaie and Fixe. His inspiration came from his Sicilian grandmother, and his cooking finds commonality in the two traditions. 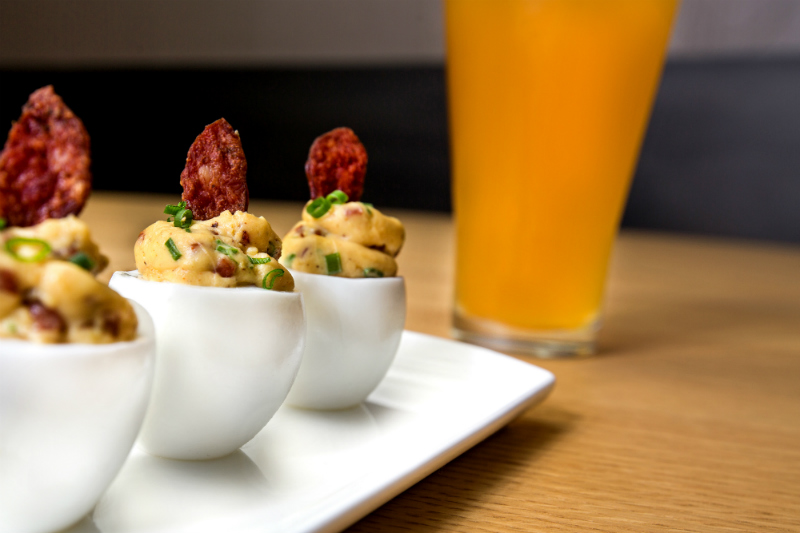 Small plates include andouille deviled eggs, johnny cakes with chicken and Rebecca Creek barbecue sauce, and brussels sprouts with candied jalapeños. The #16 Biscuits, so named because they were Cerrie’s 16th attempt to make a perfect biscuit, enter the Austin biscuit battle royale with arms swinging.

The large plates (switched up a bit at lunch) stick to classic proteins like short rib and pan roasted salmon. They stick to a Downtown price point, but in portions that satisfy. Salads here are a surprise. They are given their own section on the menu with varied preparations beyond the steak house chop. For lunch, sandwiches are added to the mix that play with the Southern template, using gulf shrimp and lump crab, fried green tomatoes, and beets and goat cheese.

Stella is crowd-pleasing without being pandering – the kind of place that wouldn’t scare off your less foodie family members while gently expanding their palate. And the hospitality, always a strong point of hotel dining, will ensure even the most curmudgeonly diner has a good experience. Olney may grumble, but the rest of us will be perusing the wine list.