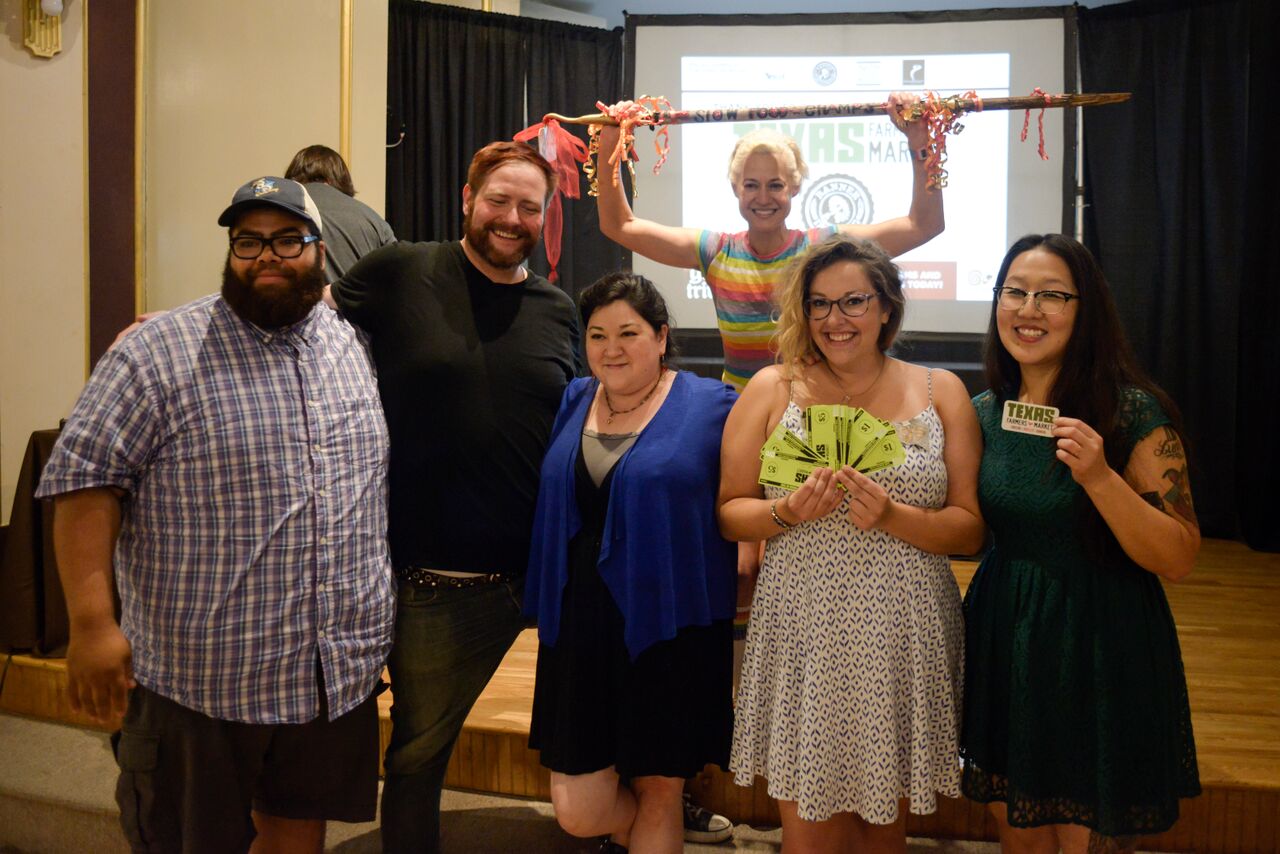 The camaraderie and good-natured competition always make this one of the food community's best yearly parties. Restaurants bring tasty bites, brewers and distillers provide libations, and the halftime hog breakdown and live auction always excites the crowd. According to Slow Food Austin board member Ashley Cheng, one of the highlights this year was when Salt & Time butcher Bryan Butler informed the crowd the shop would brine the ham and get Aaron Franklin to smoke it, making that particular cut the most coveted prize of the auction.

The winners this year were a team calling themselves the Guardians of Gastronomy. Several of these same folks made up the winning team last year, as well, so they are definitely the team to beat. All the members work at Central Market Westgate, but were not officially representing the store. They took home the prestigious, festively decorated Hoe Trophy. Members include:

According to Cheng, host Kendall Antonelli and Snailblazer Award winner Jeremy Barnwell urged the crowd to turn out in support of Springdale Farm in their pursuit of a conditional use permit at City Hall this Thursday, Aug. 20 to ensure that they are able to host events at the farm. Foodies supporting the food community, all the way around.