Start the week off with Austin food news Sometimes there's too much restaurant news to squeeze into the print edition of the Chronicle. This week is off to a flying start with news and events, so here's a tasty bite of something extra to start the week off right.

• Walton's Fancy & Staple (609 W. Sixth) is offering a variety of made-to-order picnics for late summer and early fall recreation. Each picnic comes in an attractive basket complete with a wine opener and can be customized according to the number of diners and products chosen at different price points. Choices include baguette sandwiches, chips, a selection from house-made salads, cheeses, and charcuterie, plus drinks and sweets. Check out the menus and order at the bakery or by phone, allowing 48 hours notice for pickup.

• Chef and owner Kevin Fink of the upcoming Emmer & Rye (51 Rainey) has announced the addition of two well-traveled and experienced young chefs to the team of his rustic, farm-to-table eatery set to open in the early fall. Tavel Bristol-Joseph has moved to Austin to become a partner and pastry chef for the new restaurant, while former St. Philip Executive Chef Page Pressley joins Emmer & Rye as chef de cuisine.

• The Chameleon Group has added Howard Chang, former sous chef at the wildly popular Toki Underground ramen shop in Washington, D.C., to the team of their eagerly anticipated Wu Chow (500 W. Fifth). According to the press release, Chang was chosen for his culinary sensibilities, his fluency in Mandarin Chinese, and his appreciation of punk rock. Aspiring employees who attend Wu Chow's hiring fair this week should show up with a résumé and a big smile for their headshot. Mon.-Tues., Aug. 10-11, 10am-6pm; Wed.-Thu., Aug. 12-13, 2-8pm. 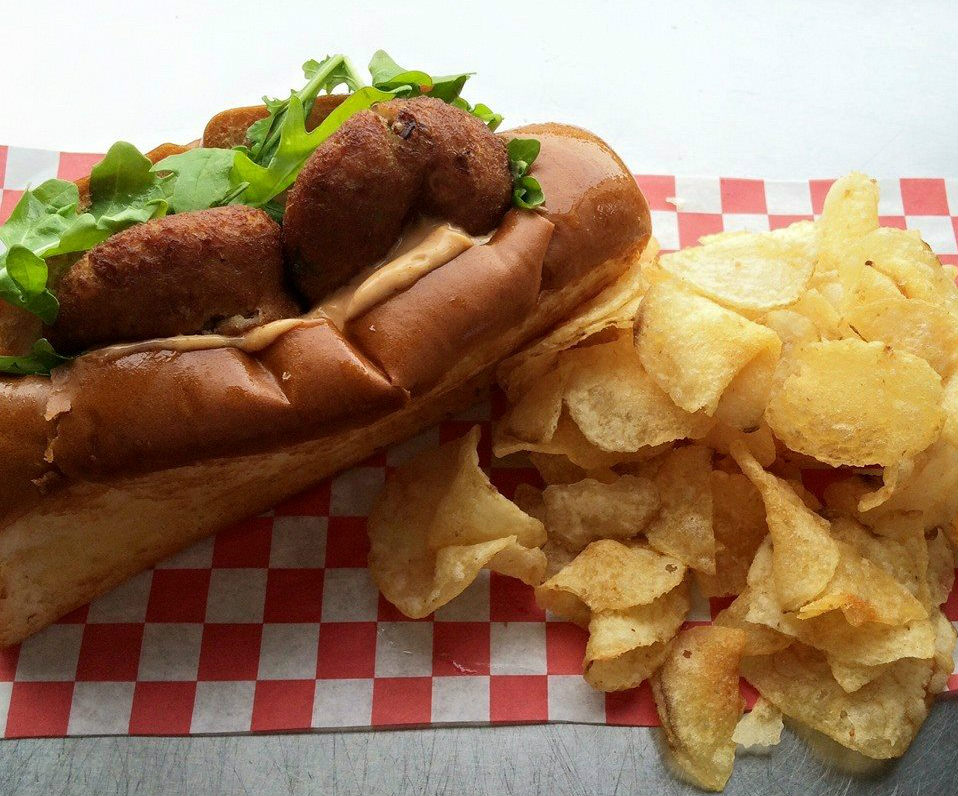 Events this week you won't want to miss.

• Cru Wine Bar (238 W. Second; 11410 Century Oaks Terrace #104) invites guests to check out the distinctive dishes featured in their annual Heirloom Tomato Festival – on the menu through the end of August.

• Austin's homegrown El Mercado (three outlets) has been in business since 1985, so owner Tony Villegas is offering specials and parties this week to celebrate. Harkening back to 1985 prices, all three restaurants will offer a cheese enchilada plate for $3.99 at lunch and a margarita for $1.99 from 5pm until closing on Thursday, Aug. 13. In addition to nightly live music programming at the original location (1302 S. First) all week, Villegas is hosting a family-friendly day party with food and drink specials, a petting zoo, a bounce house, and local craft vendors on Saturday, Aug. 15, 11am-4pm.

• Chipotle Mexican Grill (multiple locations) partners with the Alamo Drafthouse Village (2900 W. Anderson Ln.) to present a screening of the documentary film, Growing Cities, that explores the power of urban farms to change cities and our food system. Proceeds from the screening will benefit Urban Roots, a local non-profit that teaches life skills to at-risk youths through organic farming. In addition, viewers will also receive a card for a free burrito from Chipotle. Purchase $12 tickets at the door or online.