Half-time festivities at the Slow Food Austin Grub Trivia Challenge at Saengerrunde Hall on Sunday, Aug., 16 will include the presentation of their annual Snailblazer award. The honoree this year is Jeremy Barnwell, owner of Barnison Farm and Barnison Catering. 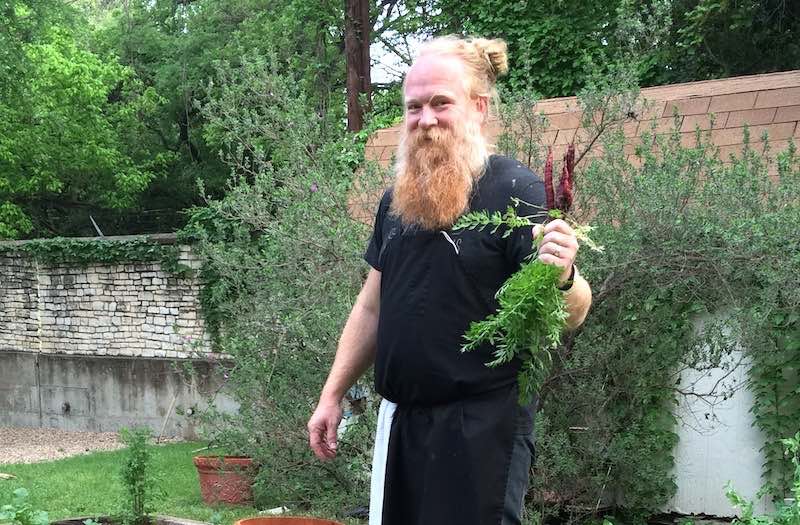 Every year, the award goes to a person who exemplifies Slow Food's mission to support "Good, Clean, and Fair" food. "Our board gets together and throws out names of people we think would deserve the award and we discuss what they bring to the community," explains board member and Grub Trivia chair Ellen Rozman. This year, the board chose to recognize Jeremy Barnwell for his pioneering work as an entrepreneur and advocate who provides healthy, locally sourced school lunches to several Austin private schools.

"I was dumbfounded when I got the first email about the award," recalls Barnwell, "Absolutely shocked that anyone even knew my name, much less wanted to give me an award. Naturally, I'm very pleased about it." According to Rozman, Barnwell's contribution to the success of a monthly Slow Food happy hour at HausBar Farm during the past year made quite an impression on Slow Food members, many of whom didn't know he had a school lunch catering business.

"It was a well-attended family-friendly event and Jeremy was making pizzas in the outdoor oven. He'd made the dough with local wheat and was using local toppings and talking to kids about it as he went. His energy and passion for what he was doing was magnetic, it just shone through. It was like watching our mission in action. That's the reason we chose to give him the award," Rozman reports.

So, who is Jeremy Barnwell? The East Texas native began his local culinary career with a 10-acre farm in Southeast Austin near McKinney Falls. He and his wife Alison, an elementary school teacher, had noticed there was no pastured poultry being sold at the SFC Farmers' Market Downtown. Barnwell decided to raise chickens on his land, read everything he could find to educate himself, and jumped right in. Before long, he was selling his birds from a market stall and one of his customers was chef Jesse Griffiths, who bought Barnwell chickens to serve at his Dai Due booth and his Supper Club.

The two men became friends, and it wasn't long before Griffiths was hunting rabbits and doves on the Barnwell property and giving Jeremy the opportunity to learn how to dress and cook the animals. That lead to Jeremy assisting Griffiths with poultry and hog butchering classes and working in the Dai Due kitchen. "I couldn't have asked for a better mentor or teacher than Jesse. He taught me so much," Barnwell says. Indeed, working with Jesse Griffiths would prepare Barnwell for the next aspect of his career.

"My wife teaches at a private elementary school, and she said some of the parents weren't really happy with the school lunch program. I looked into it and decided I could do a better, healthier meal at the same price they were paying. So I made a pitch to the head of the school and they hired me," Barnwell reports. He's been the self-described "lunch lady" at the Rawson Saunders School in Tarrytown for six years now.

It took a couple of years for other schools to come calling, but Jeremy's success at Rawson Saunders was talked about by teachers, parents, and kids, eventually generating requests from five other private schools along the MoPac corridor. That makes it possible for Barnwell to service all six schools out of the Rawson Saunders kitchen. 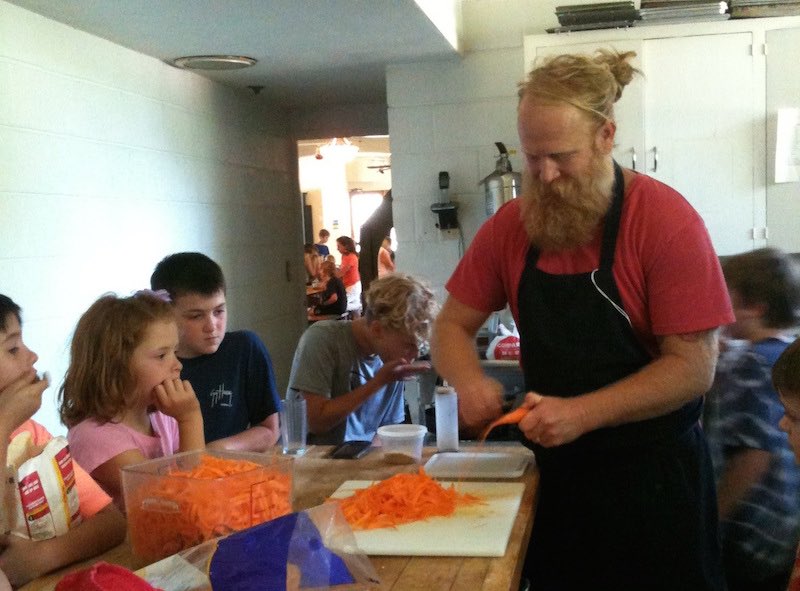 In addition to turning kids on to healthy, delicious, locally-sourced food, Barnwell also takes kids out into the garden at Rawson Saunders and shows them how to plant and grow their own. He's seen first hand how connecting kids to the source of their food can have a positive impact. "You know you're doing the right thing when a parent comes up and hugs you for getting their former picky eater to try new foods," Barnwell recounts with a grin. "I had one mother tell me her son looked in the grocery cart and said, 'Mom, I don't think Mr. Barnwell would approves of some of this stuff.'"

With his full ginger beard, bandana, and colorful tattoos, Jeremy Barnwell may not look like the school cafeteria employees many of us remember, but this brawny "lunch lady" is making a lasting impression on Austin kids.