Get Ready for Texas Tiki Week 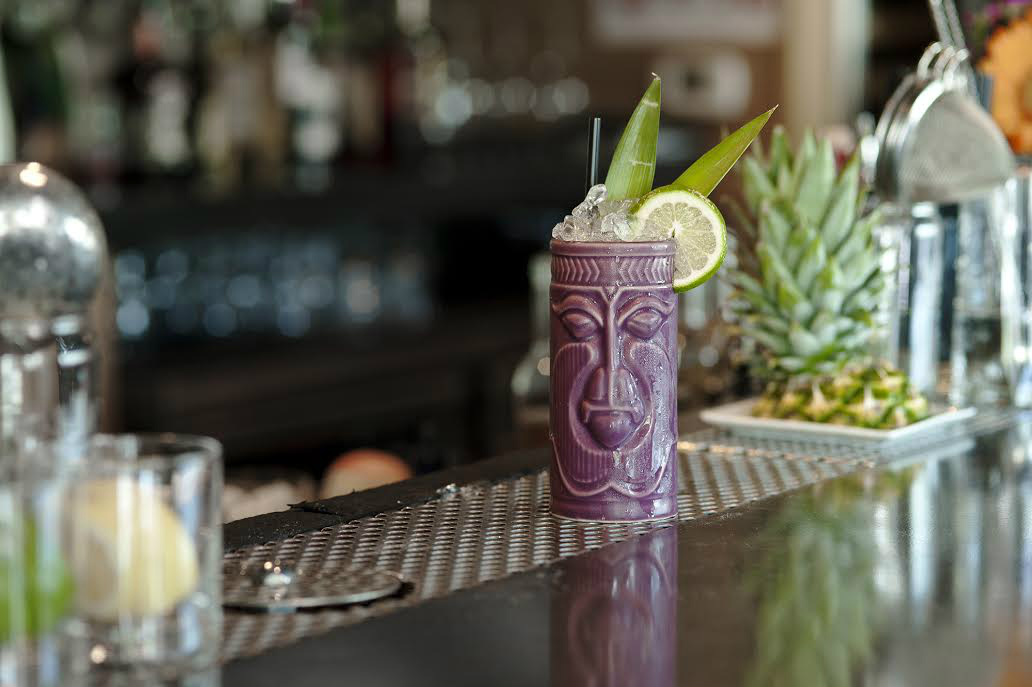 Listen, I’m not your father. Far be it for me to tell you how to live your life. But I will say you will be a terrible, awful, despicable no-goodnik if you don’t go to one of the Texas Tiki Week events next week. Remember Natalie Sands, the spoiled rotten villain of Girls Just Want to Have Fun? You’ll be her without the cool leotards.

The annual celebration of all things tropical and boozy was started in 2012 by the Austin chapter of the United States Bartenders’ Guild as a fundraiser, educational opportunity, and an excuse to drink some really great cocktails. Now in its fourth year, the event attracts tikirati from across the nation. Some events are only open to professionals, but there is still plenty of fun for the, err, lei-man.

We are not sure if Lionel Ritchie's classic 1983 single "All Night Long" was the inspiration behind this event, but we do know that we will be at this fiesta forever. $6-8 tiki cocktails are on the menu and guest bartender Derek Blomfeld (Tiki Tolteca in New Orleans) will be behind the stick.

The Remedy bartender with the righteous beard meets our very own arbiter of all things high octane. We don't think it is a hostile takeover, but you better do what they say anyway.

Tropical the island breeze, this is where we want to be. See if you remember the rest of the lyrics after one of Isla's stout drinks. The organizers suggest a $10 donation for non-USBG members. We suggest finding a designated driver.

Portland's Jabriel Donohue teaches you to take the bitter(s) with the sweet. Free tickets for members, limited amount of nonmember tickets available for $10 here.

Mai Tai Tuesday Austin USBG Bus Tour
Originally this event was only open to USBG members, but inside intel tells us that a few limited seats will soon be open to the general public. Stops include Isla, Weather Up, The Tigress, and Drink.Well. Tickets here.

The Tigress, King Bee, Half Step, Isla, Weather Up and Drink.Well will all have takes on the classic drink.

What better way to recruit new USBG members than with a rousing rendition of "We Didn't Start the Fire"? $10 suggested donation for nonmembers.

Legend has it that the lake was originally lost in a game of "Have You Ever" played by Ernest Hemingway, Gertrude Stein, and an ebullient Alice B. Toklas. Now Erin Hayes and Paul McGhee from Chicago's famous tiki bar have become legends of their own.

The Jigglewatts Burlesque Revue pour on the glamour, and guest bartender, Mindy Kucan (Hale Pele in Portland) pours Caña Brava Rum and Giffard liqueurs. The night’s featured libations were designed for the 86 Company "Secret Mix" competition and the winner will be revealed during the show.

General public and at the door tickets are $25.  $15 tickets for Current members of the USBG can purchase $15 tickets in advance.   Available here.

If you can't wait for the official Tiki Week, Bar Congress will wet your whistle. Jason Stevens has concocted new takes on tiki classics including the Drift Away with honey, falernum, hibiscus, ginger, and a whole lot of rum.