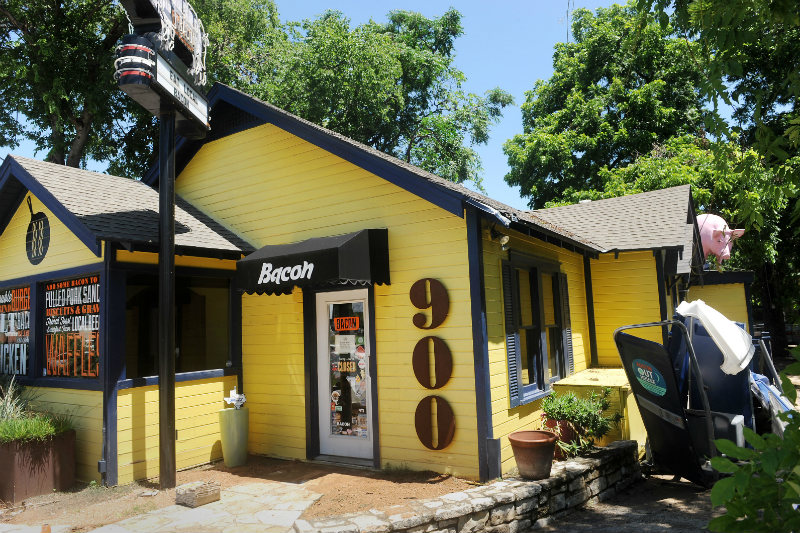 Now that the Memorial Day flood is several days behind us, things are getting back to normal at most of the restaurants in the hard hit neighborhood at West 12th and N. Lamar. Here are some updates

• When we spoke with Bacon co-owners Ryan and Reid Reynolds earlier this week, their mood was upbeat and they were sharing pork-related jokes such as "Fortunately, pigs LOVE mud," and "Pigs can't fly, but they can swim!" The brothers have been busy all week dealing with water remediation procedures, appointments with plumbers and electricians, considering new flooring for the old cottage, and arranging to replace some of the picnic tables damaged by the rampaging creek. Property owner Marshall Slacter, a veteran of the 1981 flood that washed away all the kitchen equipment from his Basil's restaurant before it first opened, assured us the water wasn't nearly as high this year. We'll keep you posted about when the Bacon folks plan to reopen.

• Across Lamar at Wink (1014 N. Lamar) owners Stewart Scruggs and Mark Paul were grateful for the outpouring of support from employees and friends that made it possible for them to reopen and serve a full restaurant on Thursday night. Now that repairs are finished in the wine bar - new furniture and doors, walls painted, floors refurbished - that popular aspect of Wink comes back online this evening, May 30 at 5pm.

• Ray Canfield and his kitchen crew were at Shoal Creek Saloon (900 N. Lamar) in the wee hours of the morning to prep most of the saloon's popular menu items from scratch, smoking chicken and sausage for gumbo, making sauces, that kind of thing. Canfield tells us the bar, main dining room, and patio will reopen today at 5pm. "We've gotten the parking lot re-surfaced, the bar's all stocked, and we'll have much of the menu available," he reports.The party room still needs some repairs so it could be the middle of next week before it's in use again. Like every neighborhood restaurateur we interviewed, Canfield was amazed and gratified by the support from the surrounding food community. "People have brought us food every day while we've been working. Fresa's sent tacos one day, the Thundercloud over on 12th sent sandwiches. It makes me proud to be part of this community." he told us.

• If the recent heavy rains and reports of occasional hailstorms have you worried about this year's Hill Country peach crop, fear not. The word from growers in Hays and Gillespie counties is that the crop is looking good and plentiful this year. Most growers are currently picking cling varieties that ripen earlier with freestones soon to follow. Look for peach stands clustered along Hwy 290 West between Johnson City and Fredericksburg selling fresh fruit and value-added peach products. Also keep an eye on all the area farmers' markets for peach vendors.

• In Austin's ultra hot restaurant market, available turn-key spaces don't stay empty for long. In Northwest Hills, the former home of Mirabelle and the Spicewood Tavern becomes the fourth local outlet of the homegrown Galaxy Cafe (8127 Mesa Dr.) chain on Monday, June 1. Co-owner Kelly Chappell told us they were encouraged about the neighborhood response to the new eatery by the large number of job applications they received prior to opening. This new Galaxy will be the only one that serves pancakes in addition to the entire regular menu. They'll also be offering plenty of adult beverages - the signature Zocaritas from Zocalo Cafe, a wine list, and multiple local craft beers on tap, in addition to a traditional Italian coffee menu

• Meanwhile, Musashino Sushi Dokoro (3407 Greystone) owner Takehiko "Smokey" Fuse is making plans to move his restaurant after 20 years in Northwest Hills. Early next year, Musashino is set to move into the mid-town space recently vacated by the closing of Fino Restaurant & Patio Bar. "We are excited about the new location in the heart of Austin. The bigger space and patio will bring a new vibe for our guests, and we hope they love it as much as we do," Fuse said in this week's press release. Look for Musashino to move into the Gabriel's Court (2905 San Gabriel) building in the first quarter of 2016. 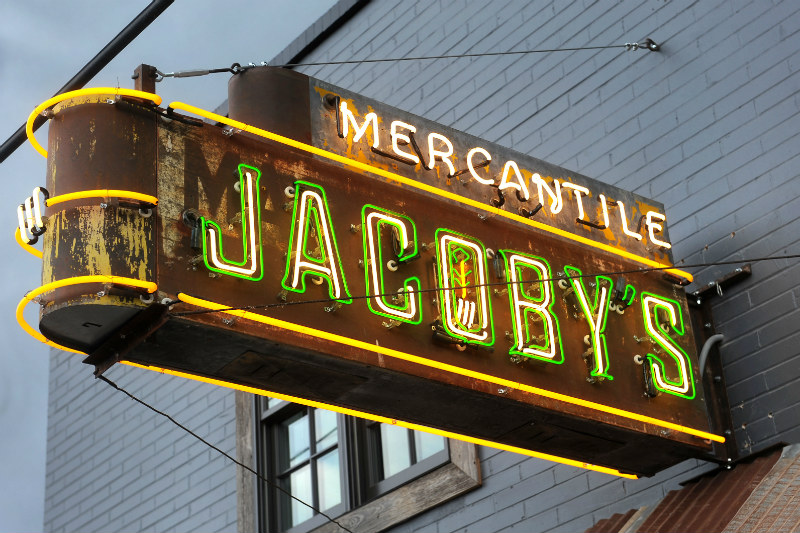 Here are some events you won't want to miss.

• Hops & Grain will execute a tap takeover at the Brass Tap (204 E. Main in Round Rock) with six of their popular mainstay beers as well as two small batch offerings. Souvenir glasses will be given away to the first 48 patrons who buy a Hops & Grain beer. Monday, June 1, 6-9pm

• Jacoby's Restaurant & Mercantile (3235 E. Cesar Chavez) kicks off their "Feed the Need" initiative to benefit the Capital Area Food Bank of Texas this week. For every burger purchased on their Burger Tuesdays, the restaurant will donate a burger to the food bank. "Knowing that protein is the number one needed food item, our team felt we had an opportunity to make a direct impact in the community we love by providing quality Jacoby Beef for families in need," said owner Adam Jacoby in a press release. This promotion begins on Tuesday, June 2.