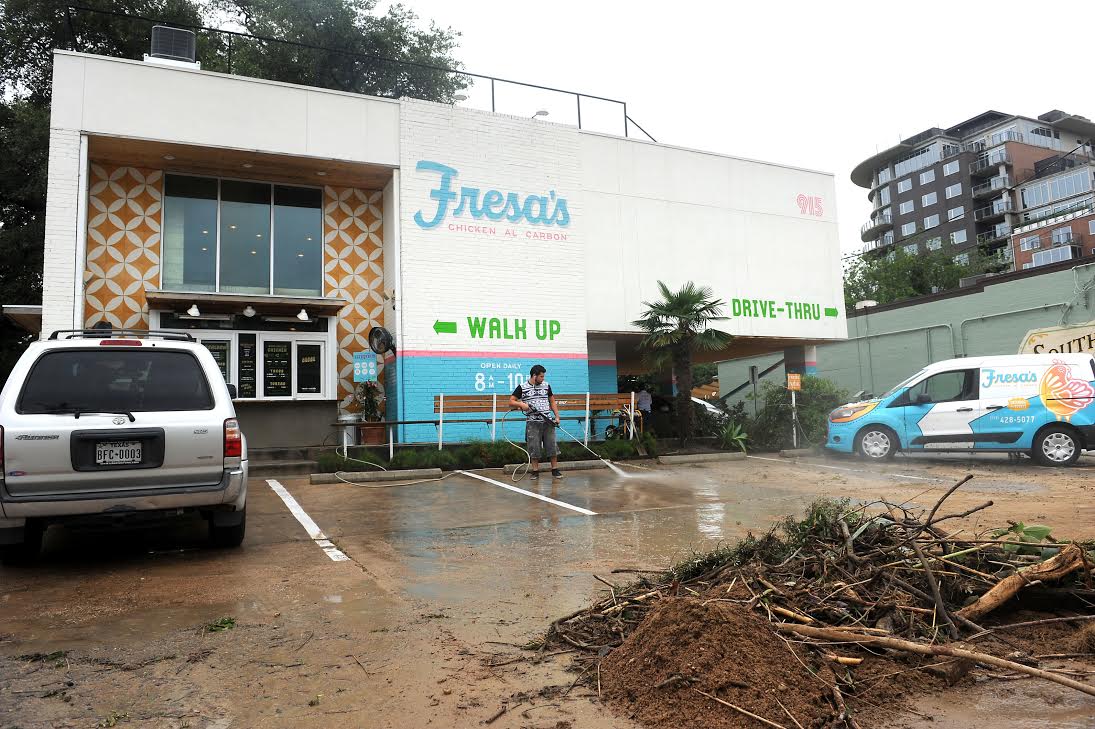 When KVUE reported Shoal Creek was overflowing at the intersection of 12th and Lamar on Memorial Day, I started working the phones, trying to assess potential damage. I remembered the Memorial Day flood of 1981 and the ravages done to that neighborhood. There are even more eateries in the area now than there were then.

Luckily, this time the damage wasn't nearly as severe. When Tuesday morning dawned, there were no ruined grand pianos or overturned Toyotas in the street, just business owners busily power-washing off the debris, mud, and grime. Some businesses escaped completely unscathed. Einstein Bros. Bagels (1112 N. Lamar) had closed early for the holiday, and all their staff was safely out of the building. They opened for business as usual Tuesday morning. Across the intersection at the Tavern ((922 West 12th), general manager Sam Perez said, "I have no idea how nothing happened to us. Everywhere else looks like a war zone."

Farther up the street, Word of Mouth Bakery (914 West 12th) had a mess to clean up in their parking lot but were able to open, as was House Park BBQ (900 West 12th). No one answered the phone around the corner at Bacon (900 West 10th), which could mean they lost power and phone service or were too busy cleaning up to get to the phone.

A crew was busy cleaning at Fresa's Chicken al Carbon (915 N. Lamar), and they managed to have the restaurant open by early afternoon. However, that gorgeous classic Mercedes Benz belonging to the general manager that's often parked outside ended up overturned in the creek under a dumpster.

Across the street at Wink (1014 N. Lamar), the restaurant was closed for Memorial Day but owners Mark Paul and Stewart Scruggs got there after the water began to recede and began the clean-up process last night. According to Paul, the restaurant had a few inches of mud and water last night and the extent of the damage would depend on how much of the refrigeration equipment turned out to be ruined.

Today, Paul said, "We got the water out and most of the machines still work. We need to restore phone service. It's been a long day with all hands on deck, but we should be able to reopen one day this week." Stewart Scruggs told us, "We are working hard and could probably fire it up tomorrow, but I think Thursday is more likely. We will take as much time as needed to do it correctly, though." 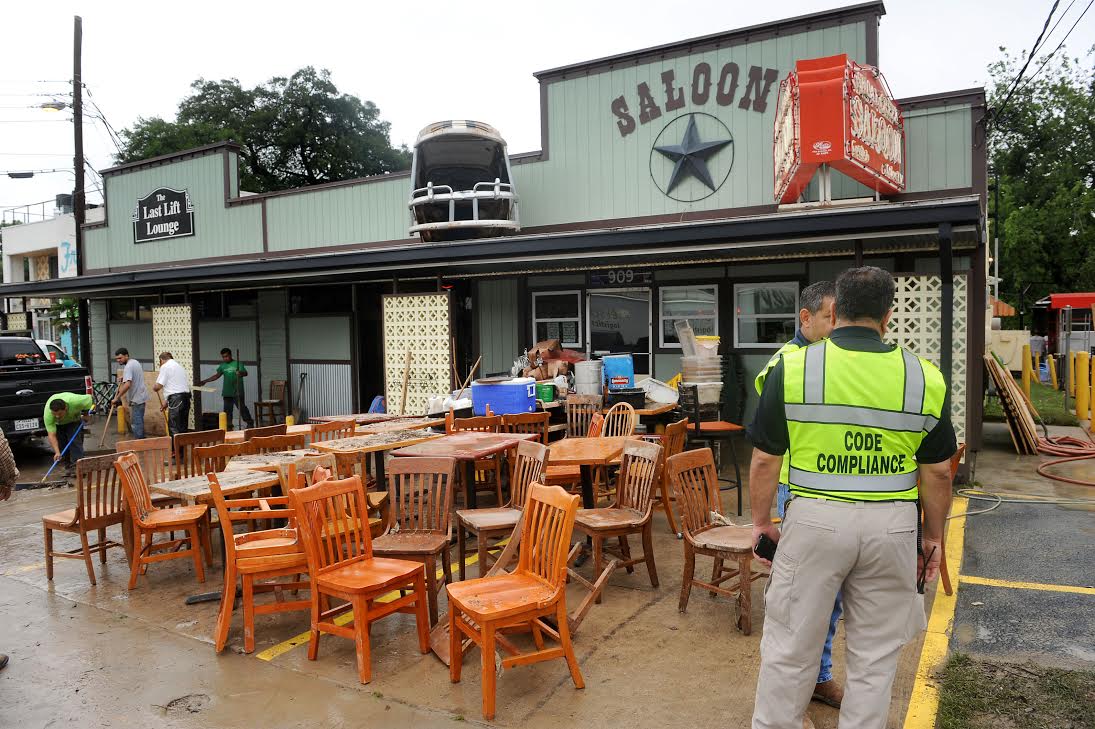 Shoal Creek Saloon (909 N. Lamar) owner Ray Canfield is no stranger to the rising waters of Shoal Creek, and he thought for awhile he might escape this flood event unscathed. "We're good at what we do here. We had it all sandbagged and they were holding good, but then a wall of water blew out the storefront window and that did it. The water got high in there," Canfield told us. His restaurant probably took the hardest hit.

The flood waters not only blew out the front window, but also took up pavement from the parking lot and ruined all the refrigeration inside. "The gas range can be cleaned and restored, but the refrigeration and small wares have all got to go. With flood water, we're talking a different kind of dirty," he sad ruefully.

By Tuesday afternoon, when Chronicle staff photographer John Anderson shot the above photo, Canfield had a crew working to power wash the furniture, floors, and walls and was making plans for repairs. "My buddy Rich Ponce with Austin Concrete Solutions sent a crew of guys over here to move things out and do the power washing, so things are taking shape pretty quick. I'd like to say we could be open by the weekend, but it will probably be early next week," Canfield admitted. 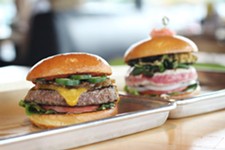