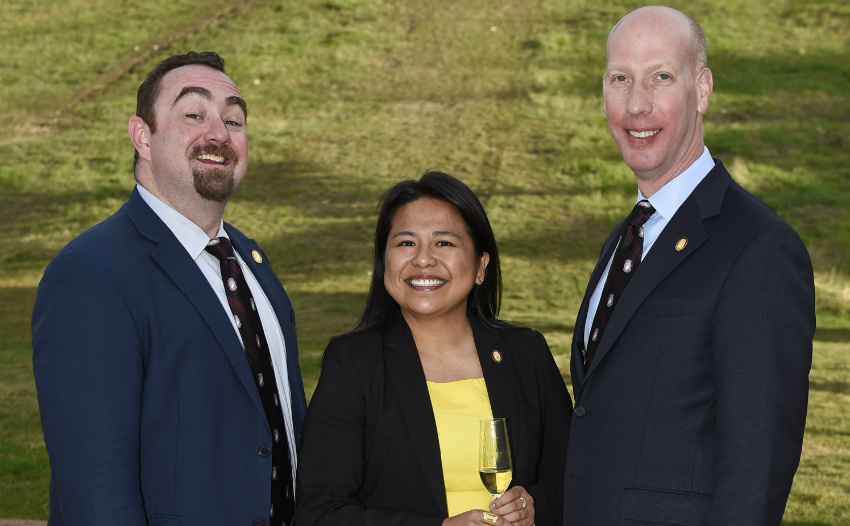 • June Rodil, beverage director for McGuire Moorman Hospitality Group, has been named a master sommelier by the Court of Master Sommeliers Americas after successfully completing an invitation-only, rigorous three part exam held at the Little Nell in Aspen, CO May 17-20. Rodil becomes one of only 23 woman in North America to have achieved the highest distinction in the beverage service industry. Rodil began her path towards her dipolma in 2007 while working at Uchi and continued her pursuit of wine knowledge during jobs at Uchiko, Congress, Second Bar + Kitchen, and qui. In 2009, she was named Texas' Best Sommelier at the annual TEXSOM Conference and the $3,000 prize made it possible for her to advance her studies to achieve the advanced sommelier level. She joined McGuire Moorman in 2014. “Being at McGuire Moorman this past year probably has a lot to do with why I passed the test," Rodil told us this week."It was kismet – I got to focus specifically on beverages at a wonderful restaurant that demands a great program. The test is very service oriented and studying was the best way to enhance my job. I'm looking forward to transferring this knowledge to other employees in the company as well as our guests.” Rodil also told us that it was particularly important that she heard the news about attaining her diploma from her mentors, TEXSOM founders Drew Hendricks and James Tidwell, and her longtime study partner, Master Sommelier Devon Broglie of Whole Foods Market. Rodil now joins Broglie and Craig Collins of ELM Restaurant Group as Austin's only Master Sommeliers. Congratulations!

• After the successful launch of the Stephen F. Frostin' ice cream truck at the Cinco de Mayo street party earlier this month, the South Congress Hotel (1603 S. Congress) is sending the truck out on a tour of some of Austin's favorite summer events. Violet Crown exec Jesse Herman reports that the ice cream and sorbet flavors featured on the truck will be created in the kitchens of La Condesa and Sway until Amanda Rockman comes on board as executive pastry chef when the hotel opens in August. Look for the truck at Blues on the Green in Zilker Park, Auditorium Shores on July 4th, and other spots around town this summer before it takes up residence in the hotel courtyard. Follow the truck on Facebook. 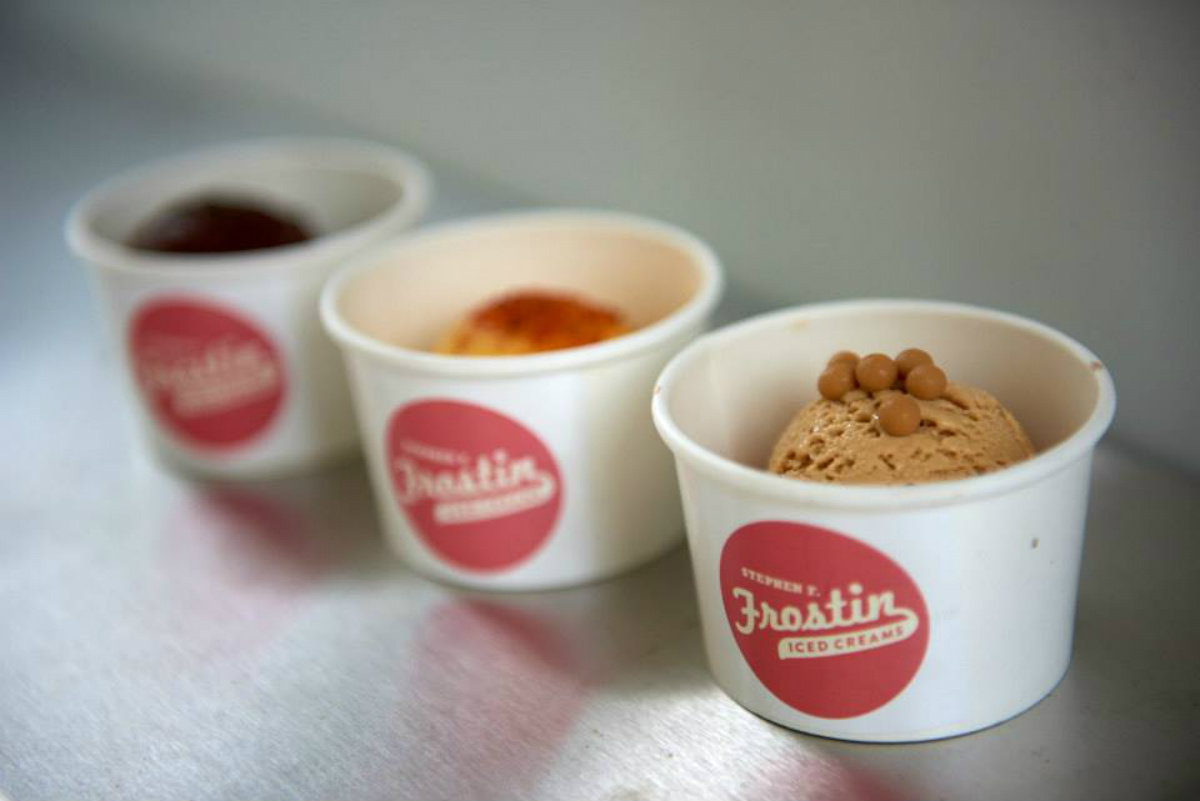 • Look for the Kuhlken-Osterberg family of Kuhlken Vineyards and Pedernales Cellars to open a tasting room at their new Armadillo's Leap Winery on the Highway 290 Wine Road later this summer. The tasting room will take over the former Pink Pig location (6266 Hwy 290 West near Fredericksburg), offering red and white blends, varietal Viognier and Muscat, as well as a sparkling wine, all in the $15-$30 range. There will also be a tasting menu. We'll keep you posted on opening events.

• Juice Society, a mobile fresh juice delivery service, is scheduled to open its first brick-and-mortar location in the Lamar Union (1100 S. Lamar) development in October 2015. Owner and certified holistic health coach Danielle Sobel says “We are committed to giving the Austin community easy access to high quality, sustainable and raw cold-pressed juices, smoothies, and foods. We are in the heart of an energetic, health conscious city, and I'm excited to bring a new ethos to Austin with the opening of Juice Society.” For more information on Juice Society visit their website.

• El Naranjo (85 Rainey) is adding Saturday brunch to their weekend lineup. Look for Oaxacan specialties on chef Iliana de la Vega's exemplary brunch menu on both Saturdays and Sundays, beginning May 30 from 11am-2pm. 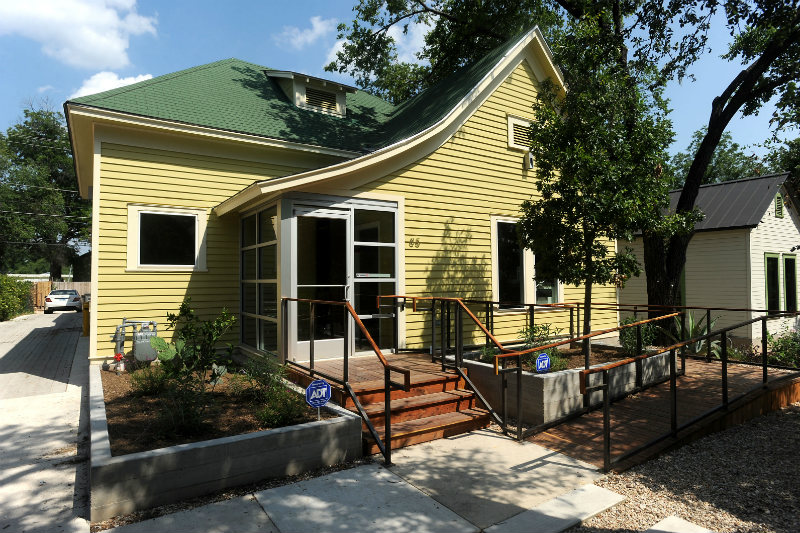 •Events you won't want to miss:

Musician Matt Moore, author of A Southern Gentleman's Kitchen: Adventures in Cooking, Eating, and Living in the New South (Oxmoor House, $32), will sign copies of his newest cookbook at BookPeople (603 N. Lamar) on Monday, May 25 at noon.

Get out those lederhosen and dirndl skirts because tickets are selling fast for the third annual Texas German Bier Festival at Scholz Garden and Saengerrunde Hall (1607 San Jacinto). This Maifest event will benefit Foodways Texas. Brave Combo will offer their unique brand of psychedelic Texas German polkas while 10 of Central Texas' best known craft breweries showcase limited edition German-style beers. Frank and Smokey Denmark Sausage will provide the food. Tickets are $25 and sales are capped at 1,000 for crowd control. Saturday, May 30, 3-7pm.

Chefs Alma Alcocer-Thomas and Jeff Martinez celebrate the grand opening of Alcomar (1816. S. First) with a special brunch benefit for the Austin Food & Wine Alliance. The Latin-influenced brunch menu includes Manchego shrimp, Peruvian ceviche, and an omelet with Mojo lobster. 10% of the proceeds are going to support AFWA's culinary innovation grant program. Reservations are strongly suggested at 512/401-3161 or online. Sunday. May 31, 11am-3pm.