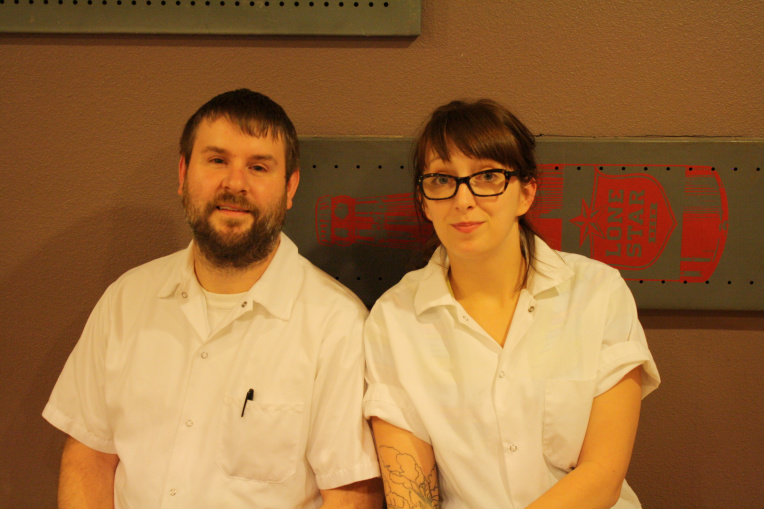 Steven Cak and Jessica Peterson are a pastry and savory chef team with a desire to create their own business. They're currently scouting North Central Austin locations for a New York-style bagel store with artisan sandwiches and cured meats.

Cak will be leaving his position as executive pastry chef for Contigo and Gardner at the end of May to concentrate full time on the new project. Peterson is currently working for Contigo's catering department and she plans to stay there until the store is closer to a reality. While there's nothing definite about the location or name of the new business, Cak tells us they have appointments to look at some potential spaces next week and Peterson reports they're tossing around store names and branding ideas with friends and graphic designers.

The engaged couple relocated to Austin a little over five years ago, bringing very impressing resumes with them. Cak got his savory cooking degree in Scottsdale and his pastry diploma from the Culinary Institute of America's Hyde Park campus. In New York, he served as pastry chef for Marcus Samuelsson at Aquavit and for Gray Kunz at Cafe Gray.

Here in Austin, Cak spent four years as executive pastry chef for Shawn Cirkiel's Parkside Projects before moving to Contigo last year. Cak assures us he'll be making authentic New York boiled and baked bagels in addition to English muffins and pastries for the new shop. He also hopes to develop a wholesale component to the business and would eventually like to open multiple outlets.

Wisconsin native Jessica Peterson when to culinary school in Minneapolis and spent several years in California's Napa Valley after graduation. She worked at the prestigious Auberge du Soliel resort in Rutherford and Redd in Yountville before helping Taylor Boetticher and Toponia Miller open the Napa outlet of their gourmet grocery and charcuterie, the Fatted Calf, in Napa's Oxbow Public Market.

Peterson's Austin resumé is equally noteworthy, considering that she worked at La Condesa, Congress, and Arro before signing on at Contigo. However, she says it was her time at the Fatted Calf where she helped open the store and acquired her charcuterie skills that will best inform her contribution to the new venture.

"We won't have a butcher shop component, but I will be doing some cured meat items as menu specials. We'll have the traditional things you'd expect with bagels like lox and smoked whitefish salad, schmears. We don't want to get too far from the bagel store model. We've been working on menus lately and I'm so excited to get open so I can make and eat this food," Jessica said.

An authentic bagel store in North Central or Northwest Austin should find an enthusiastic audience. Wholy Bagels (4404 W. William Cannon) has a seriously devoted Southwest Austin fan base and Rockstar Bagels (1900 Rosewood) rules the Eastside, but there can't be too many good bagels in a city that's growing as fast as Austin.