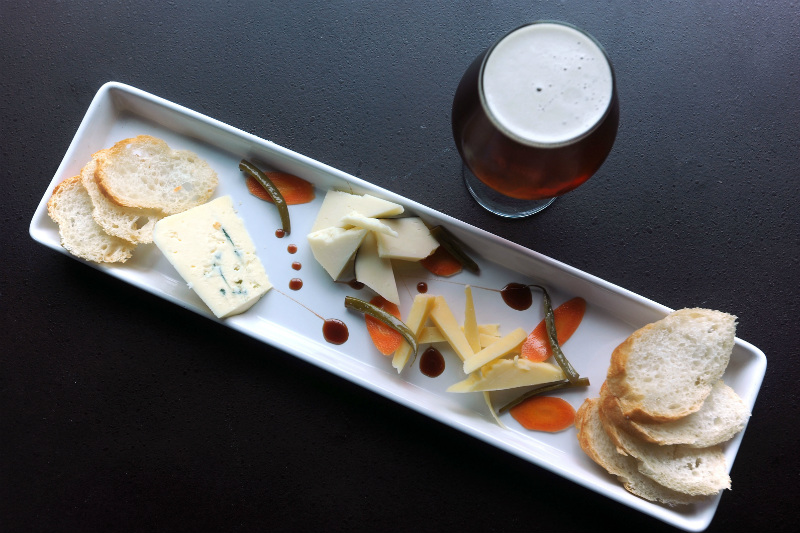 Beer and cheese at Hopfields (photo by John Anderson)

We’ve never really understood “99 Bottles of Beer.” Sure, the taking one down part is nice – we just don’t like that “pass it around” part. Fortunately, there will be enough local beer flowing for American Craft Beer Week that we won’t have to.

• Austin Beerworks and Lick Honest Ice Creams are teaming up for beer and ice cream pairing at Hopfields (3110 Guadalupe #400) today. The $27 price (including tax and tip) gets you four inspired couplings like Heisenberg Krystalweizen with sweet cream and strawberry. Call 512/537-0467 to reserve one of the limited spots. Monday, May 11, 7pm.

• You can also have a bromance with ABW at St. Philip Pizza Parlor & Bakeshop (475 S. Lamar). A team of culinary professionals have been locked in a secret, underground bunker, unable to escape until they came up with a menu highlighting ABW's rare, seasonal beers. Tuesday, May 12, 6:30pm. $50. Tickets available here.

• If you can’t make it south, H&G travels to the Whole Foods Market (11920 Domain Dr.) in the Domain on Tuesday for a tap takeover. Guests will receive a passport and can collect stamps by trying Peach of a Pale, ALT-eration, and two batches of Greenhouse IPA (among others). It's like Where in the World is Carmen Sandiego? but with a buzzed Rockapella. Tuesday, May 12, 6-8pm.

• For Wednesday, it's back to Hopfields a hop-a-palooza (hop-a-rama? hopera?). Beginning at 6pm, guests can enjoy a flight of five of H&G's hoppiest beers. Hare will be leading a guided tasting at 7pm and the actual hops will be available for smelling. Wednesday, May 13.

• After a coconut water and a brisk shower, the H&G team will be back out Thursday for a happy hour at Star Bar (600 W. Sixth). There will be some special tappings and swag aplenty. Thursday, May 15, 4-7pm.

• Saturday means pint night at Indian Roller (10006 Manchaca), where H&G will be giving out pint glasses. Give them a high five back, because that was a seriously packed schedule. Saturday, May 16, 3pm until runs out.

• Not the be outdone, the Independence Brewing taproom (3913 Todd Ln.) has their own marathon planned. The brewery starts things off by teaming up with cheeses whizzes Antonelli’s Cheese Shop for a guided beer and cheese flight led by cellarman/chef Max Saballett. Tuesday, May 12, 6-7:30pm. A limited amount of $25 presale tickets are available here.

• Then on Wednesday, Independence switches gears with five flights of paired chocolate courtesy of Delysia Chocolatier’s Nicole Patel. Guests will take home a souvenir from the event, which we don't think is a euphemistic way to say a hangover. Wednesday, May 13, 6-8:30pm.Tickets here.

• Finally, Independence hosts a American Homebrewers Association rally Sunday, where the results of the Keep Austin Beered pro-am competition will be announced. AHA members can get their beer nerd on for free. Non-members can join immediately, or sign up at the brewery at a discounted member rate. A membership form is available online to speed things up. Sunday, May 17, 1-4pm.

• Hi Hat Public House (2121 E. Sixth) has one helluva day planned for their Texas edition of ACBW. They will have tons of special tappings from H&G, ABW, (512), Live Oak, Real Ale, Jester King, and more. Brewers will be on hand to chat. It's like a holiday beer-acle.

Did we miss any events? Email us at food@austinchronicle.com or tweet @ACFood. 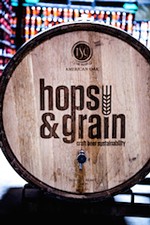