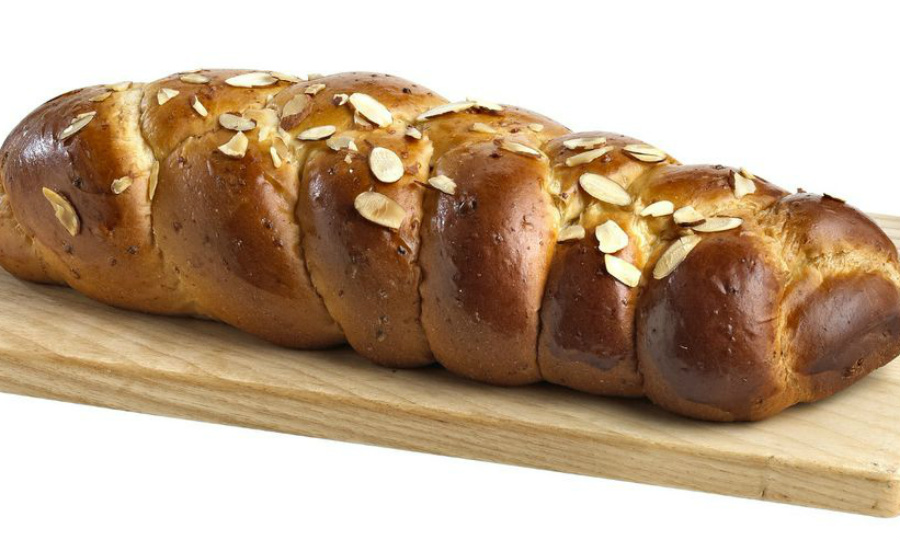 • Now that I've had a chance to try many of the baked goods, imported products, and prepared meals that are featured in Central Market's Passport Greece, I've found some favorites. The Nefeli Kalamata Olive Spread with figs, almonds, and balsamic vinegar is the absolute bomb for olive lovers. In addition to being great by the spoonful right out of the jar, this concoction is likely to have myriad tasty applications: as a component to cheese and charcuterie boards; a condiments for roasted meats, poultry, or fish; as a topping for grilled dry cheeses; or as a filling for brie baked in phyllo dough or puff pastry.

I'm also fond of the braided tsoureki bread, a buttery brioche-like loaf that is traditional Easter fare in Greece. The slightly sweet loaf is brushed with melted butter and sprinkled with sliced almonds and an aromatic Middle Eastern spice called mahlab, made from the seeds of St. Lucie cherries, that is used to enliven sweets and baked goods around the Mediterranean. The bread is delightful by the slice but toasted and spread with deeply flavored Greek spoon sweets or drizzled with honey, it's really divine. I was also excited to find a recipe for tsoureki in the inaugural issue of King Arthur Flour's new Sift magazine that I like so much. Gotta love serendipity!

• Fine Cooking magazine and WGBH in Boston are filming the third season of Moveable Feast with Fine Cooking and one of their segments will be shot here in Austin on Monday, May 11. They'll spend the day at the Urban Roots farm while chefs Jack and Bryce Gilmore prepare dinner with the young farmers using their homegrown produce. The production company is also planning to shoot a field trip to Hops & Grain brewery in East Austin.

• Speaking of Hops & Grain (507 Calles), the popular brewery has recently undergone some changes. The taproom is now open daily from 8am-10pm and patrons will notice that the space has gotten quite a facelift. There's a new paint job, a large ceiling fan, some comfortable furniture, and plenty of electrical outlets to encourage lingering. Owner Josh Hare has done all this because he's also diversifying the offerings at the brewery, now that roasting beans and brewing coffee are part of his skill set. While he waits for his first shipment of beans sometime in June, Hare is currently serving coffee made from beans roasted at Flat Track and Tweed with choices of three different techniques – standard pour over, French press, or Aeropress. The baristas will be glad to explain the differences. Look for the addition of a custom-built espresso machine sometime in the near future.

• Swift's Attic (315 Congress Ave.) announced this week that founding executive chef Mat Clouser has left the heat of the kitchen to pursue a career as a teacher. However, Clouser will continue to consult with Chameleon Hospitality on various projects such as the upcoming Wu Chow from time to time. Zach Northcutt has moved up into the executive chef position and Matthew Taylor is now chef de cuisine. 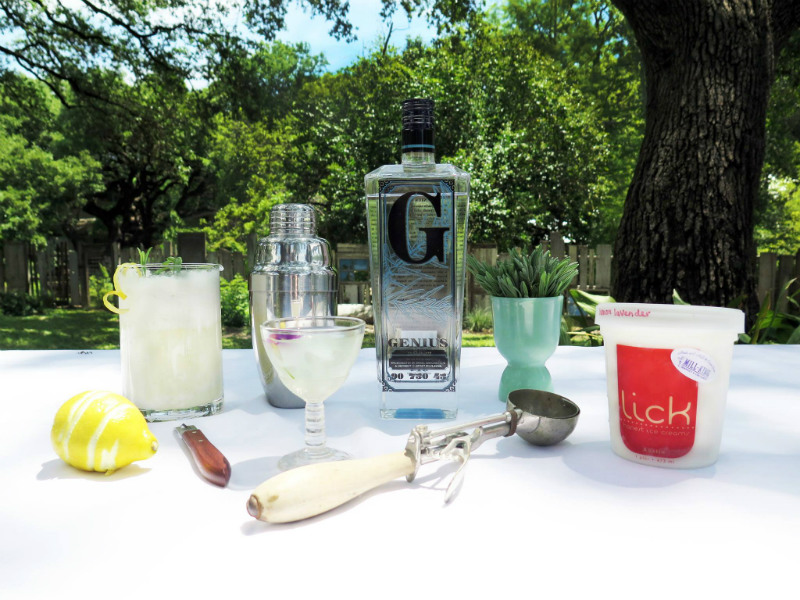 • Here are some events coming up this weekend you won't want to miss.

La Fantabulous kicks off "Free Beer Fridays" for the month of May at their Cabo-style taco trailer on Rainey. Enjoy a free ice cold beer with one of their six specialty tacos made by chef and owner Josie Paredes.

Métier Cook's Supply (1805 S. First) hosts an Ice Cream Cocktails party with boozy libations in seasonal flavors created by Anthony Sobotik of Lick Honest Ice Creams and Mike Groener of Genius Gin. They'll be on hand to discuss the drinks and even share the recipes. The party is free and open to the public Saturday, May 9, 1-3pm.

Contigo (2027 Anchor Lane) owners Ben Edgerton and chef Andrew Wiseheart celebrate the restaurants fourth anniversary with a big party. Finger Pistol will provide live music from 6-9pm, a photo booth will be available, and there will be several friendly, competitive games with very cool prizes. Saturday, May 9, 5-9:30pm.