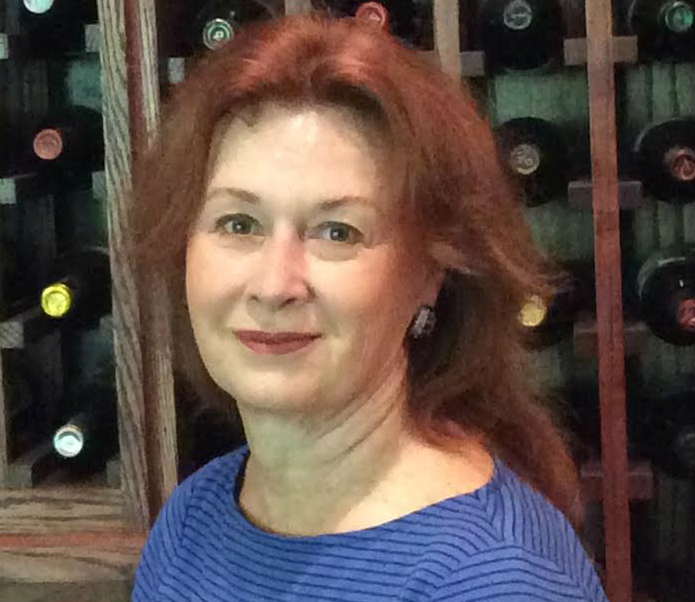 courtesy of Cathe Dailey
When Corazon at Castle Hill closes for good after dinner service May 2, one of Austin's seminal restaurants will become part of local culinary history. Cofounder Cathe Dailey won't be there. She's attended some reunions and said some goodbyes over the past couple of weeks, but the eminently practical Cathe has moved on.

French Canadian cook Cathe Cormier Austin came to Austin in 1983 with her first husband, Patrick Austin. They both got jobs at a new restaurant called Zardi's that was located in the emerging entertainment district along East Sixth Street. "After we'd been here about six weeks, I decided I needed a divorce. When I told Zardi's kitchen manager David Dailey I was leaving, he asked me to wait until they could replace me. And then we fell in love," Cathe recalls.

From Zardi's, the new cooking couple moved on to work for Steve Clark at the Avenue on Congress and then Cathe helped Clark open the original Waterloo Ice House on 38th Street. "At some point, I looked at David and said 'you know, I think we could be doing this ourselves' and that's just what we did," she explains. The couple found a cozy spot in a small strip center at 1014 N. Lamar, just underneath Old West Austin's historic Castle Hill neighborhood. They opened the original Castle Hill Cafe in 1986 where the combination of David's culinary creativity and Cathe's ambition and natural restaurant savvy proved to be a winner. In those first few years, both Cathe and David worked in the kitchen and a well-trained waitstaff took care of the front of the house.

The Dailey's eclectic Southwestern fusion cuisine soon developed a loyal following but the buzz about the restaurant's innovative wine program was every bit as persistent. In this day when restaurant's promote wine lists curated by advanced sommeliers, the elegant simplicity of Castle Hill's approach to wine might seem difficult to comprehend, but it revolutionized wine sales in local restaurants at the time. According to Cathe, the small list that paired well with David's robustly flavored cooking was put together by their trusted wine sales reps and the price structure was based on their experience as consumers.

"Before we opened our restaurant, David and I liked to eat at Kate's on Barton Springs Road where they let you bring you own wine and just charged a corkage fee. I knew I wanted a wine program where people didn't feel gouged, so that's where we came up with the cost-plus pricing rather than a big percentage markup," Cathe recounts. Because Castle Hill only had a beer and wine license, they could allow patrons to bring their own wine for a corkage fee. The other aspect of their wine revolution was that everything on the list was available by the glass, at the cost of a quarter of the bottle price. The wine program endeared Castle Hill to local wine lovers, much to the chagrin of many of their competitors.

Word spread about the popular restaurant with the affordable wine program and it soon became obvious the business was outgrowing its snug little space. In 1991, the Daileys partnered with their landlord Perry Lorenz to purchase a large turn of the century house off West Fifth that had been home to a couple of restaurants and one of Austin's earliest health food stores. "At that time, landlords had begun charging restaurants a percentage of their gross in addition to rents and we didn't want to end up working for the landlord, so we worked out a deal to buy the property when things in that area were still affordable," Cathe explains. It would turn out to be one of the smartest deals she ever made.

The new space provided Castle Hill with much a bigger main dining area and a private upstairs room for small special events. Cathe decorated the space in a warm Southwestern color palette and the new Castle Hill became an even bigger success, with David in the kitchen and Cathe running the front of the house. "By that time, I'd worked in kitchens long enough. I wanted a job where I could be a girl – wear nice clothes and have clean hair – so I moved to the front of the house," she explains.

She also says that five years of living together and working together all day, every day took the romance out of the Dailey's marriage. They divorced, but continued to work together as business partners. "We had a very successful business and it didn't make sense to throw the baby out with the bath water," Cathe says, all practicality. "95 percent of the time, it worked just fine."

Castle Hill Cafe was undeniably Austin's top restaurant of the Nineties, owning the top spot on the favorite restaurant list in the annual Austin Chronicle Restaurant Poll for at least 10 years and regularly dominating several categories. It was a hallmark of consistency in both food and service with little employee turnover in either the dining room or the kitchen. Many employees worked there for more than 20 years and Cathe says that's a result of the family atmosphere they cultivated with the staff.

During the late Nineties, Cathe became engaged to local restaurateur and wine expert Michael Vilim and they partnered in Castle Hill's sibling restaurant, Mirabelle, in Northwest Hills. Mirabelle was similar to Castle Hill in decor and menu and Vilim's excellent wine dinner series attracted a small, loyal following. Cathe and Michael never worked together, however. "By that time, I'd learned that living together and working together wasn't a good plan for me," Cathe recalls with conviction.

Although Cathe began traveling to San Miguel de Allende to learn Spanish, she soon fell in love with many aspects of the historic old Mexican city. By 2005, she had sold her home in Austin, built a house in Mexico, and become a semi-permanent resident of San Miguel. In 2008, she dissolved her partnership with Mike Vilim and closed Castle Hill to renovate the old building and launch a new concept. The business that emerged was Corazon at Castle Hill, a restaurant with an interior Mexican flair reflected in the the menu, the decor utilizing pieces from Cathe's extensive Mexican folk art collection, and a bar and lounge area. David Dailey had retired from the restaurant at that point, so longtime sous chef Mike Taddeo moved into the chef position and Phillip Lowrie became general manager. As Cathe tells it, "Once Corazon was open, I turned it over to the guys and said 'okay, you take it from here,'" and her visits to Austin became less frequent.

Corazon at Castle Hill never achieved the success of the original Castle Hill and, if she had it to do over again, Cathe says she probably wouldn't have changed the name or pitched it as a new concept. She and Perry Lorenz sold the property to another restaurateur this spring. Though she reflects with pride on her impact on the Austin restaurant scene, Cathe readily admits that she and David were in the right place at the right time to create the success of their first venture. Now the fortuitous purchase of the real estate will make it possible for her to move comfortably to her next adventure.