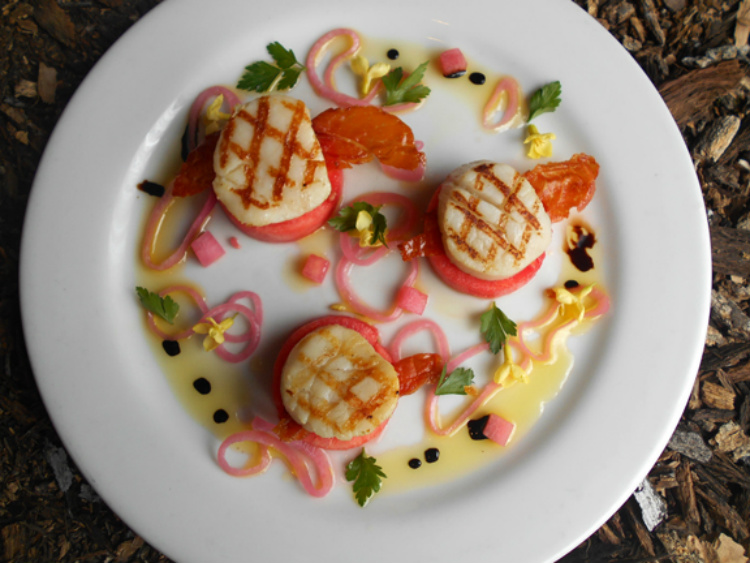 • Siena Ristorante Toscana (6203 N. Capitol of Texas Hwy.) celebrates its 15th anniversary this coming week with special prices and a customer appreciation party. Restaurateur Stan Adams and executive chef Harvey Harris opened Siena at the turn of the 21st century, creating an impressive Tuscan villa above Bull Creek that was right at home in the rugged Hill Country landscape. The Siena menu was inspired by Adams' extensive travels in Italy and chef Harris' culinary education in Tuscany. At the time, the restaurant became a culinary destination, and over the years, it has evolved into a Northwest neighborhood mainstay. On Monday, April 27, Siena patrons will be rewarded with a 15% discount on their bill at lunch or dinner. On Tuesday, April 28, the restaurant will close at 8:30pm for a party featuring complimentary small bites, drinks, and music from singer Drew Womack. Cento anni!

• Mojo's Ice House, Sports Bar & Grill (7500 Lohman's Ford Rd.) went up in flames last night. According to early morning news reports on KVUE, employees notified the fire department after smelling smoke, but the building that was home to the popular Lago Vista karaoke spot was completely destroyed by fire. No injuries were reported and the cause of the blaze has yet to be determined.

• Dai Due Butcher Shop and Sugar Mama's Bakeshop East are getting a new neighbor at 2406 Manor Road this summer, according to building owners Shalou and Eric Barth. “There hasn't been any pizza on Manor Road since the Red House closed in 2012, so we're excited about bringing Unit D Pizzeria to the neighborhood where we live and do business,” Shalou Barth told us this week. Chef Chris Turgeon studied pizza-making with the American Associazione Vera Pizza Napoletana and worked for Motorino and Emily in Brooklyn. He's developing a menu of Neapolitan pies, small plates, and desserts that will be paired with wine and craft beers at Unit D. The centerpiece of the new pizzeria will be an Acunto Mario wood-burning oven imported from Naples and the west-facing eatery will offer indoor and patio seating. Shalou says they're shooting for a July opening date.*

• Dolce Neve (1713 S. First) co-owner Marco Silvestrini tells us the South Austin gelato haven is inviting chefs they admire to collaborate on the development of distinctive new flavors for the shop. First up in the collaboration series are their neighbors chefs Todd Duplechan and pastry chef Thomas Calhoun of Lenoir. The Taleggio cheese gelato with Poteet strawberry jam created by this team will be for sale in the shop for the next couple of weeks. In the near future, look for signature creations from Bryce Gilmore of Barley Swine and Odd Duck as well as Tatsu Aikawa of Ramen Tatsuya.

• Denver-based Snooze - An AM Eatery will break into the Texas market with an outlet in the new Lamar Central (3800 N. Lamar) mixed-use development by the end of 2015. Snooze outlets are known for colorful, retro-diner decor and substantial breakfast and lunch menus complemented by full bar service. According to their website, the company values green operating initiatives and community involvement. The Austin outlet will service the busy Midtown area, near the main Seton medical complex, businesses, and neighborhoods. 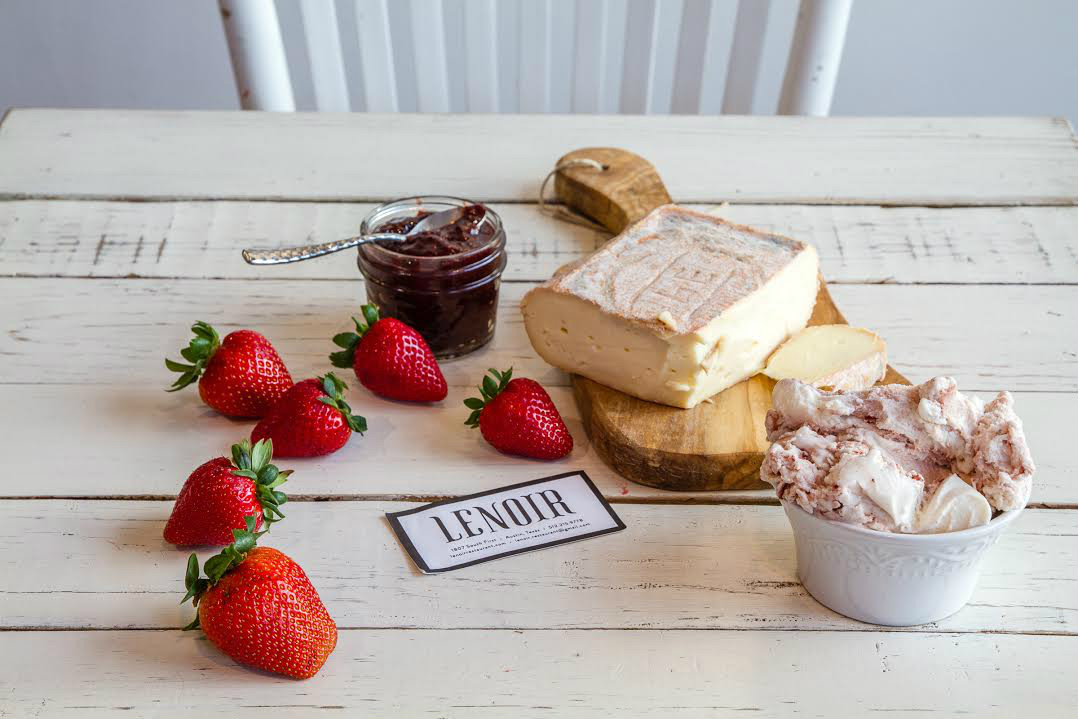 • Here's a list of events during the coming week that you won't want to miss: Tiff's Treats , Austin's wildly successful cookies and milk delivery service is expanding into San Antonio is a big way. Their 18th store at 726 NW Loop 410 #106 will be the second San Antonio outlet. They're celebrating the grand opening with a fundraiser to benefit Any Baby Can. Saturday, April 25, 9am-12pm.

• Austin's St. Francis School celebrates their 30th anniversary with a Gala in the Garden at the Austin Country Club(4408 Longchamp Dr.). Chef David Garrido will be the chef for the VIP portion of the event, preparing dishes with produce from Tecolote Farms. Musical entertainment will be from Margaret Wright and Radio Star. Ticket prices support scholarship awards and tuition assistance. Saturday, April 25, 6:30pm.

• Pluckers Wing Bar hosts their annual NFL Draft party at all 17 locations. Guests can form teams to compete for food and drink special by making successful predictions during the televised event. One lucky guest at each outlet can win a 55-inch Smart LED HDTV simply by registering and being present when the drawing is made at the end of the party. Thursday, April 30, 7pm.

*The original version of this post stated that 2406 Manor Road was owned by Edgar Barth. In addition, we incorrectly stated that Chef Turgeon had learned his craft in Naples. Turgeon's considerable experience and training all happened on this side of the Atlantic.