Aaron Franklin Is on Fire

Local pitmaster does a victory lap 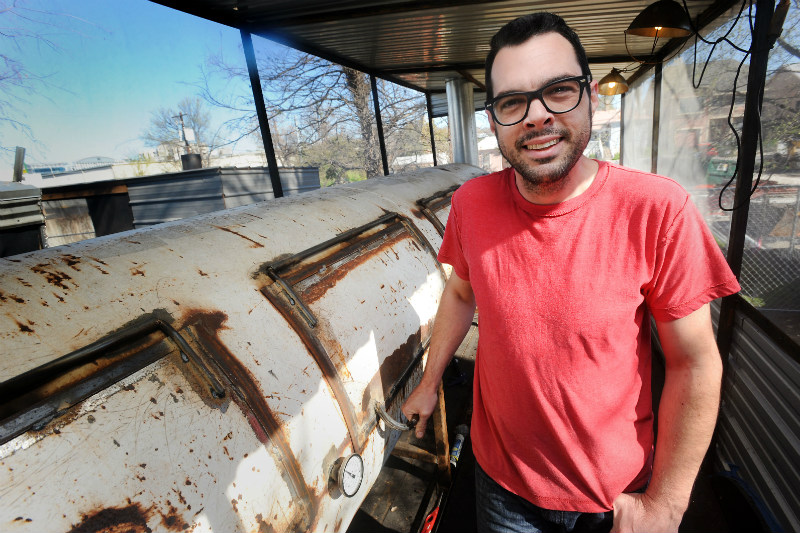 Is anybody in Austin having a better 2015 than Aaron Franklin? Our brisket king joined one of his most famous fans, Jimmy Kimmel, on TV last night. Franklin was smoking and serving brisket on Hollywood Boulevard while Kimmel plugged his guest's new book and upcoming cooking show. Not a bad way to spend an evening.

This spring certainly qualifies as Aaron Franklin's championship season. Not only does his über-popular barbecue joint have the most famous line in the country, but he's also stepped up as a staunch defender of our local barbecue culture before the Austin City Council.

His new book, Franklin Barbecue: A Meat-Smoking Manifesto (TenSpeed Press, $29.95) written with former Austinite Jordan Mackay, is now in stores. Rather than just a collection of recipes, the book shares all the secrets behind the successful preparation of the most famous brisket in the country. Franklin will be signing copies at BookPeople on Wednesday, April 29 at 7pm. Get in line soon.

In addition, for the first time this year, Franklin was nominated as Best Chef in the Southwest by the James Beard Foundation Awards. When his pal Kimmel asked him about the nomination, the affable Franklin shrugged with his trademark toothy grin and said, "Go figure, right?" Franklin told us he and wife Stacy plan to attend the Beard awards ceremony in Chicago next month (Monday, May 4) saying, "We'd be jerks not to represent barbecue at that thing!"

And as if all that wasn't enough, PBS has announced an air date for the eight-segment cooking show, BBQ with Franklin, in the Austin market. Look for segments on brisket, sausage, whole hogs, pits, fire and smoke, poultry and sauce, direct heat and mesquite, and competition – with visits to barbecue joints around the state and special guests. BBQ with Franklin debuts on KLRU on Thursday, May 21 at 8pm. 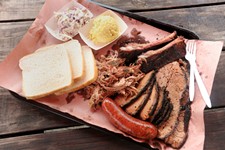