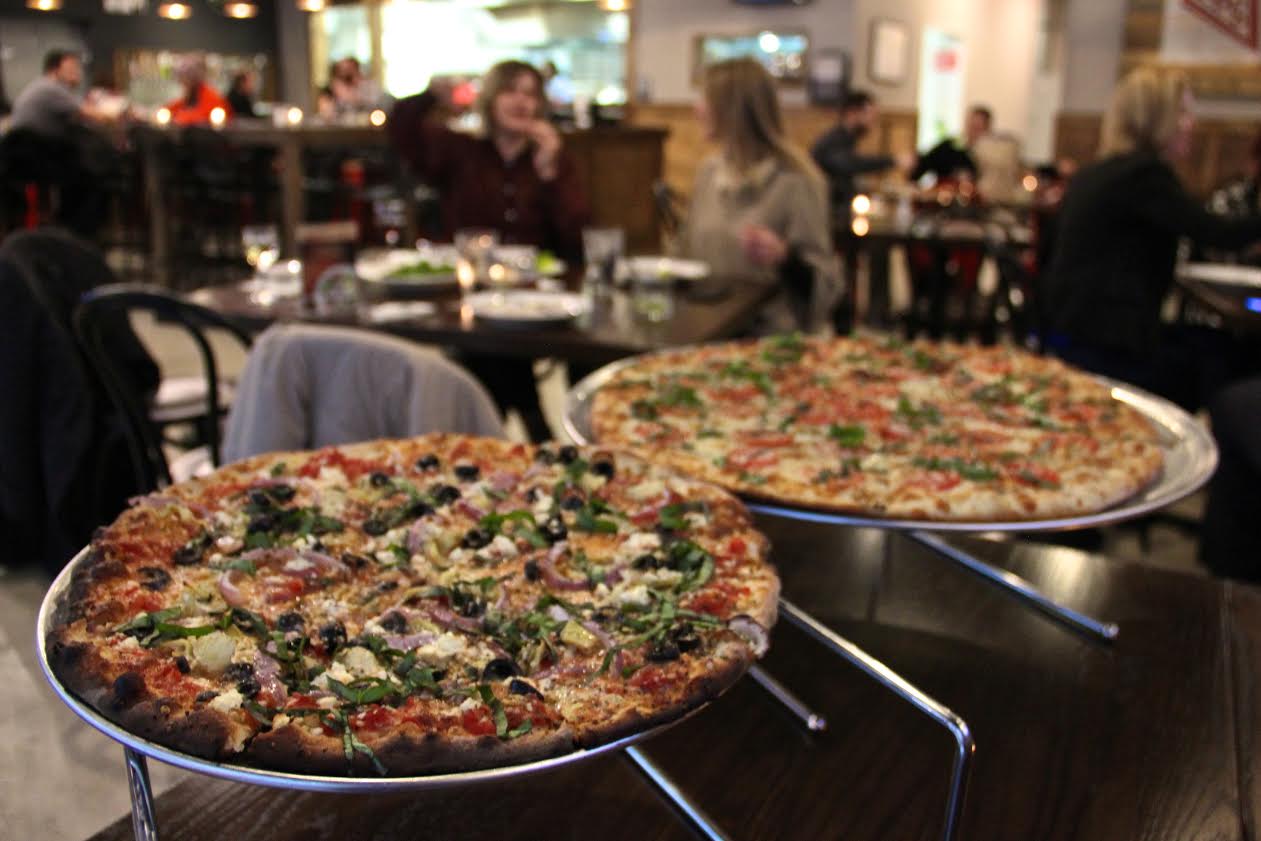 photo by Adrienne Whitehorse
The aromas of Italian herbs dance their way around the room. Caruso croons over bar chatter. Pizza dough twirls though the air. Er – scratch that. At Rainey Street's newest pizza parlor, you won't see chefs spinning discs of dough. Gazing across the dining room and into the open kitchen, you'll instead see them punching – or "hand-pounding" – it.

The classic New Haven, Conn., style offered at Salvation Pizza results in a thin crust that can hold itself up, offering a satisfying, light crunch with each bite. Salvation's original location on 34th Street was Austin's introduction to the East Coast-style pies. After eight years fueling the UT crowds at 34th and Guadalupe, owner Michael Dinsmore is excited to expand into new territory, both with the new Downtown dining room and a broader delivery area, now servicing South and East Austinites. 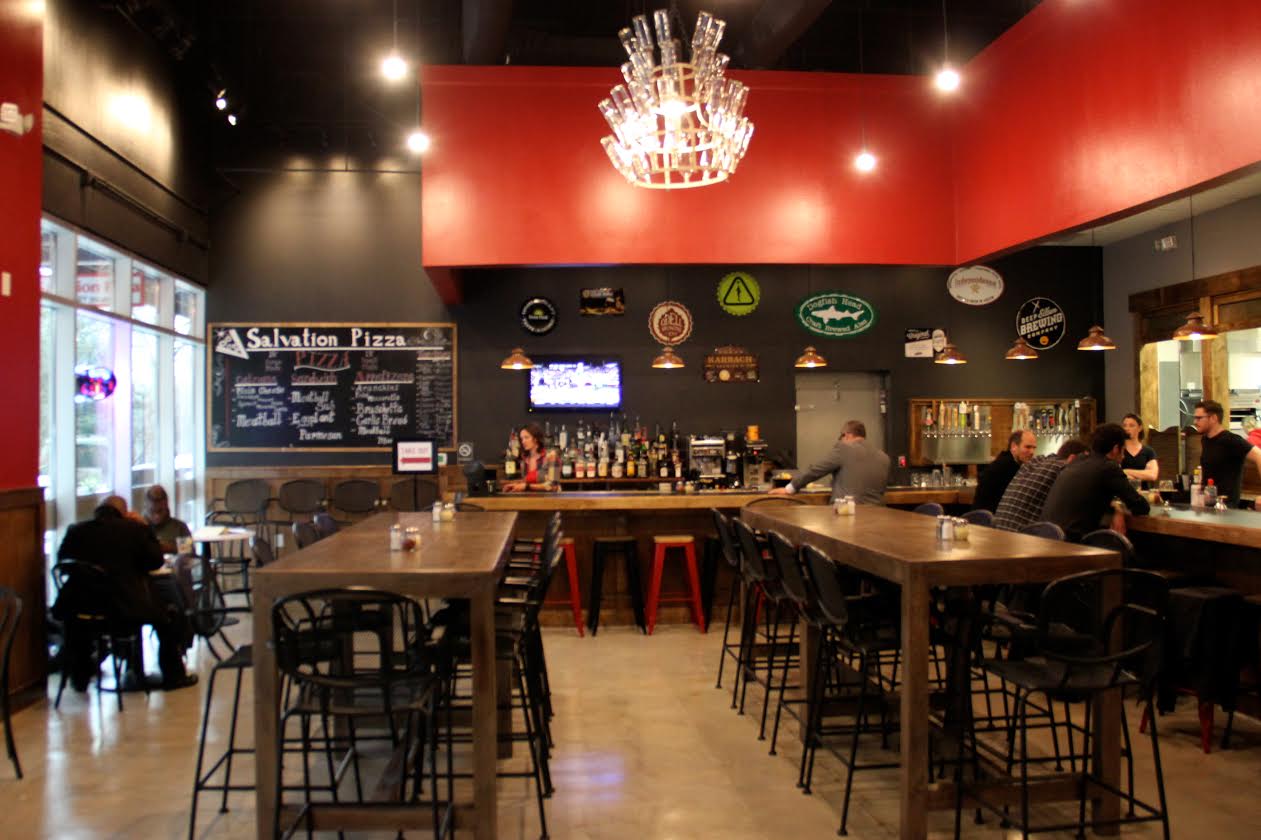 In addition to the standard toppings, asparagus, eggplant, shrimp, and capers are also offered. And beginning this spring, the kitchen plans to offer a weekly pie featuring only locally sourced organic vegetables. Handmade meatballs in a delicately spiced tomato sauce and served with garlic crostini, arancini (aka deep fried risotto balls) in marinara, and a warm spinach salad with goat cheese and bacon vinaigrette are just a few things on the expanded menu. A meatball sub and eggplant parm sandwich appear on fresh-daily Easy Tiger bread. "I think David [Norman] is the best baker in the city," explains Dinsmore.

If the food is giving the sermon at Salvation, the cocktails are singing from the choir. A full bar is something that the original location hopes to offer soon; meanwhile, Rainey Street is getting the first taste of Casey Zinszer's inventive libations menu. We sampled the Diablo, a successful interpretation of the jalapeno-infused margarita. On our next visit, we look forward to trying the Lady Bird (black tea-infused bourbon, lemon, and orange bitters) and the Salvation Sling (local Waterloo gin, lime, cherry Heering, and Austin Eastcider's hard cider).

Architects Dick Clark & Associates take credit for the SkyHouse high-rise apartment building, the ground floor on which Salvation takes up residence. The interior is still a work in progress, explains Dinsmore, but high ceilings and the spacious dining room will comfortably accommodate the weekend crowds looking for a quality pre- or post-bar-hopping meal, and several flat-screen TVs keep the entertainment going.

Daily specials include half-off wine on Wednesdays, half-off select drafts Thursdays, and a weekday lunch special: 2 slices, a salad, and a drink for under eight bucks. 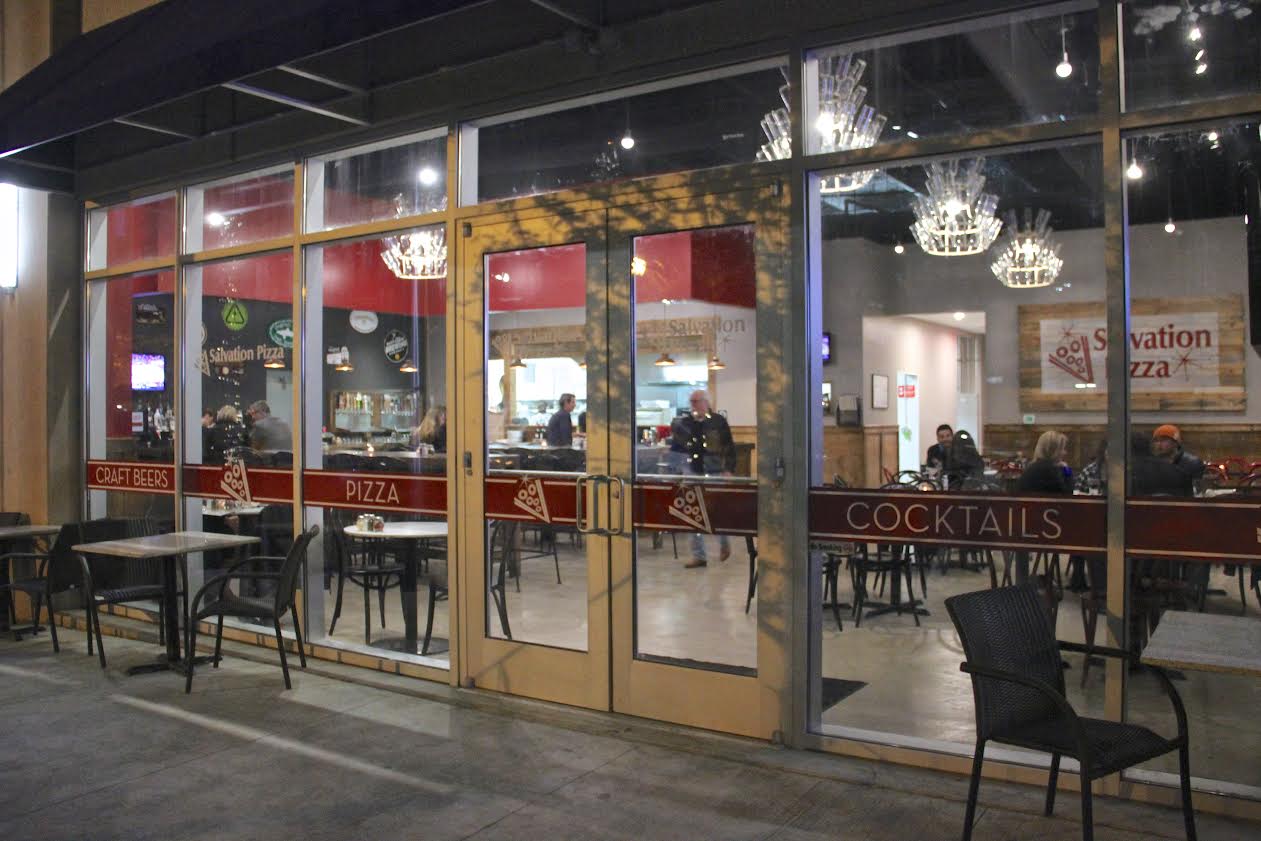 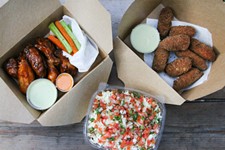