The Kimmel Effect on Austin Food 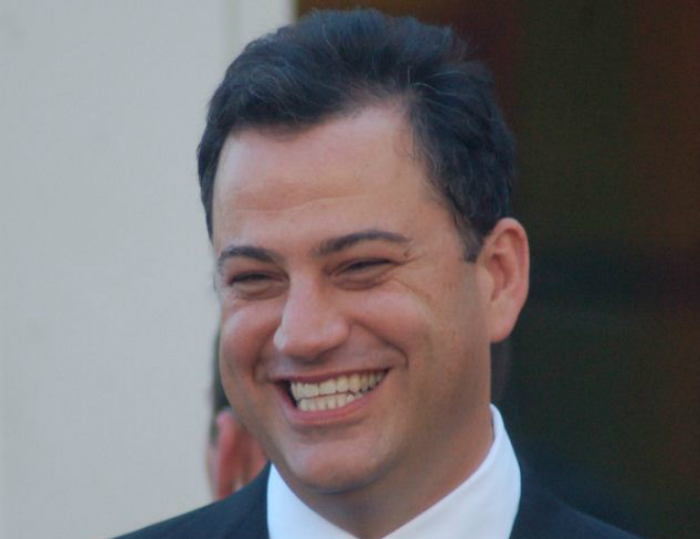 Austin food lover Jimmy Kimmel and his late night crew are back on stage at the Long Center this week, surrounded by iconic Austin neon signs and pom-pom twirling UT cheerleaders. Before his monologue last night, Kimmel declared “no brisket will go unsmoked, no queso will go undipped, and no horns will go unhooked” while he's here.

When the show debuted on Monday night, Kimmel explained that he and his team had arrived on Friday and he'd already eaten at Perla's, Jeffrey's, Olamaie, Fresa's Chicken al Carbon, and Launderette, gotten a 3am pizza at Home Slice, a cheeseburger from Wholly Cow, and a Chez Zee banana cream pie. Kimmel is embracing the Austin food scene with a dining itinerary that even visiting chefs and professional restaurant critics would envy, and it looks as though he plans to talk about it every night this week and query his guests on their local dining preferences as well.

After Kimmel's first visit, Chez Zee owner Sharon Watkins decided she'd make sure he knew about her restaurant even though the Northwest Hills mainstay isn't part of Downtown Austin's hip dining scene. “We heard him talking about all the different things he'd eaten and realized what he really needed was some of Chez Zee's desserts,” Watkins told us. Somehow, she managed to discover one of the comedian's favorite pie flavors, so the Chez Zee bakers whipped up a “Slap Yo' Mama” banana cream pie for Kimmel and a mocha chocolate torte for Guillermo, and sent them to the Long Center yesterday. The result was a news story on KVUE's Nightbeat and a shout out from Kimmel himself during the monologue, followed by a tweet to his millions of followers.

Another Austin independent business that will benefit from the Kimmel effect is Urban Roots, a local non-profit that provides high school kids the opportunity to experience all aspects of working on an urban farm from soil preparation, to planting and harvest, to selling at local farmers' markets and preparing their harvest with local chefs. During the inaugural program Monday night, Kimmel showed video of weighing his sidekick Guillermo Rodriguez as soon as they stepped off the plane in Austin and then promised to donate $2,000 to Urban Roots for every pound Guillermo gains during their week here. When we asked Urban Roots director Max Elliott how the connection came about, he said he'd been told that Kimmel had reached out to friends in Austin to find a deserving non-profit that he could benefit while the show is in town this week, and Zane Wilmon of CTC International recommended Urban Roots. Considering the dining schedule Kimmel and Guillermo have already followed, this could be an extremely profitable week for the very deserving local group. We'll have more news as the week progresses.