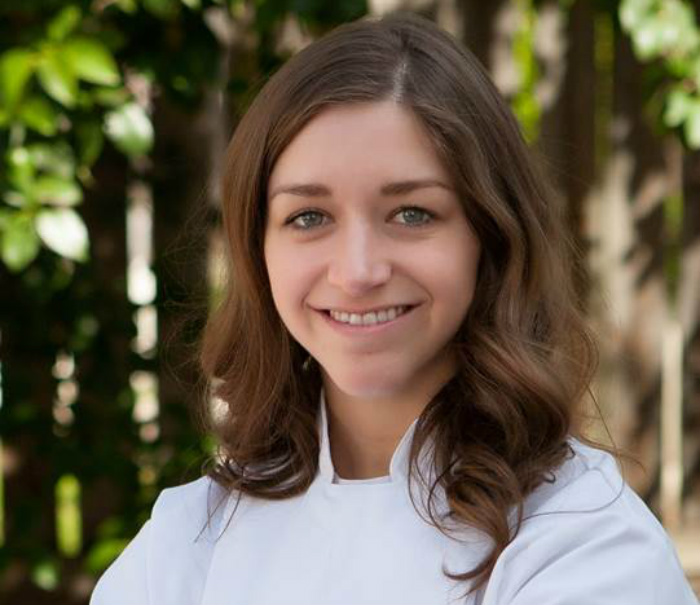 • Owners of the upcoming Italian eatery Juliet (1500 Barton Springs Rd.) have announced the hiring of executive pastry chef Carly Rossmeissl . The Ohio native and graduate of the Culinary Institute of America spent the past couple of years working in the Easy Tiger Bakeshop where she moved up the ranks to become bakery production manager before departing for her new position. Chef Jacob Weaver and partners Neeca Leitao and Dan Wilkins project a spring opening for Juliet.

• As promised, Odd Duck (1201 S. Lamar) has now added late night hours to their schedule with a special late night menu to go with them. They're hoping to attract a nocturnal crowd of industry professionals by being open Fridays and Saturdays until 2am.

• Austin cake sculptor extraordinaire Natalie Sideserf and cake decorator Julia Doubleday competed on this week's episode of Duff Till Dawn in a cake battle based on fairies and goblins. They didn't bring home a golden whisk for the chocolate Italian cream cake filled with chocolate mousse, but their chubby retired fairy was an incredibly lifelike piece of work – no surprise considering that Sideserf shot to national acclaim a couple of years back when a photo of her Willie Nelson cake went viral on the Internet.

• Speaking of wine, the Alamo Drafthouse South Lamar is offering a special screening of the documentary film, A Year in Champagne, with an introduction by award-winning advanced sommelier June Rodil, beverage director for McGuire-Moorman Hospitality. The film, featuring wine importer Martine Saunier, offers a rare opportunity to explore behind the scenes at six of the legendary wine region's respected domains. Tickets are $10.25 Sunday, March 8, 7pm.

• This week's episode of Best New Restaurant didn't feature another Austin eatery, but there was a definite Austin connection. Morgan's Brooklyn Barbecue competed against Miami's Buns & Buns. Texas native Chris Morgan and his business partner Joel Bolden serve up Texas-style barbecue in Brooklyn's Prospect Heights neighborhood. Their pit man during the restaurant's important first year was a guy named John Avila, who learned the fine art of smoking brisket from none other than Austin's own Aaron Franklin. Avila's brisket made a very favorable impression on the judges, so he must have been a good pupil. Unfortunately, the judges completely misunderstood the authenticity of the Texas chili Frito pie that the Morgan's team served as an appetizer in the head-to-head dinner service, and they didn't advance to the semi-finals.

• The new Lucky's Puccias & Pizzeria (1611 W. Sixth, #175) is now offering happy hour specials four days a week with $5 mini pizzas, $3 mini puccias, half-priced appetizers and half off on select beers and wines. Puccias are a sandwich made on flat bread baked in a wood-fired oven and are native to the Apulia region of southern Italy. Sunday – Wednesday, 4-7pm.

• The Downtown Austin outlet of Fleming's Prime Steakhouse & Wine Bar (320 E. Second) has recently undergone significant renovations and they've added a new lunch menu. Earlier this week, they invited the media to come for lunch and have a look. According to our Eric Panter, the new decor moves away from the dark, clubby steakhouse feel and opts for lighter, more open look with no blinds on the windows, modern art on the walls, and glass walls between the seating areas as well as between the dining room and the kitchen. One innovation revealed during lunch is that each table will now be offered an iPad with detailed information about the wines featured on Fleming's extensive list and Panter said the Ahi Tuna tower appetizer, the Prime Club Steak Salad, and green tea crème brulee were the lunch offerings that would likely inspire a repeat visit. He also reported that Fleming's will be adding a dog-friendly outdoor dining patio with seating for about 50 guests to the front of the restaurant later this month.