When she's passionate about something, hospitality pro goes all in 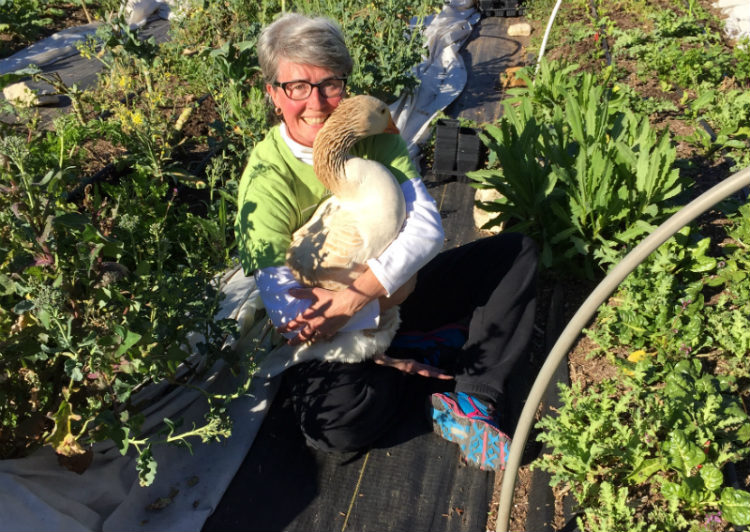 As a high school student in Houston, Dorsey Barger fell in love with a restaurant called Armando's that was then located in an old house. It was at that point she began to dream of having her own eatery in a home. Several years later, she would find the right house in Austin.

After graduation from the University of Virginia, Dorsey came to Austin to visit her sister, Pam Barger, and found her working at a place called Kerbey Lane Cafe, another eatery that happened to call a house a home. “I realized that if I really wanted to have my own restaurant someday, I'd better start learning about how they worked, so I applied for a job waiting tables,” she explains. She dedicated herself to learning the business, and in a few months, the owners of Kerbey Lane promoted her to management.

After a couple of years at Kerbey Lane Cafe, Dorsey moved on to the original Good Eats Cafe, where once again she was promoted to management after a short stint waiting tables. It was at Good Eats that she would meet future partners Elaine Martin and James Lance. “I'd never been drawn to the kitchen, so I knew I needed someone who was passionate about that aspect of the business,” she says. It turned out that her new girlfriend Martin was an experienced cook who shared the dream of having her own place. They began the search for just the right space for their new restaurant.

“We looked at the Inn at Brushy Creek in an historic home up in Round Rock, but realized that space wasn't right for us. Then we heard that Carla Blumberg had closed her restaurant and put the property on the market,” Dorsey recalls. Though the couple couldn't afford to buy Blumberg's East Austin property with a 1920s-era Craftsman cottage, a parking lot, and a large garden, they were able to negotiate a lease agreement. Because he had experience with both gardening and restaurant service, they recruited their friend Lance to join the partnership with Martin as chef and Barger as general manager.

“We knew the garden would be an asset, but Elaine was going to be busy with the kitchen and I knew nothing at all about growing things. My family didn't really eat many vegetables, let alone grow them. James had to take me out to the garden and literally introduce me to every plant variety there because I had no idea what they were,” Barger admits, laughing. The partners opened Eastside Cafe in 1986 and ultimately bought the property from Blumberg a few years later.

As general manager, one of Barger's favorite aspects of the job was developing Eastside Cafe's wine list and buying wines. In doing so, she found a new passion and immersed herself in learning everything she could about wine, from the ground up. “I became fascinated with sustainable organic viticulture and cultivated friendships with growers and winemakers through buying their wines for the restaurant. We observed the whole process of a crush at one of the Fetzer Vineyards one year and I attended Pinot Camp in Oregon one year, as well,” she says.

Her passion for wine had several ramifications – a better wine selection for the Eastside Cafe clientele, cases of inventory stacked floor to ceiling in the restaurant's small office, and a new collateral interest in the organic gardening going on in her own backyard.

“At about 20 years in, I needed a new challenge and I decided to focus on the garden here,” she recalls. In typical Barger fashion, she was soon consumed by her new interest, working 10 hours a day in the garden and reading books about organic gardening and sustainable agriculture late into the night. Eastside's garden became incredibly diverse and productive under Barger's care.

About this same time, she and her partner Susan Hausmann began to consider the possibility of an urban farm of their own. It was also during this period that Dorsey read works by Michael Pollan and others about our nation's broken food system, and she became obsessed with the idea that Eastside Cafe needed to stop selling factory farmed eggs. For a restaurant with such a big brunch following, that would prove to be an expensive undertaking.

In 2009, Barger and Hausmann purchased just under two acres on Govalle Avenue in East Austin and founded HausBar Farm. In the beginning, they grew vegetables for Eastside Cafe and oversaw a big flock of chickens that produced healthy, organic, cage-free eggs for the restaurant that were only three or four times more expensive than the commercial variety. It turned out that supplying the restaurant with their own farm eggs was not a financially sustainable business model, considering Eastside Cafe's menu price structure, but Dorsey had become committed to the urban farm lifestyle. She sold her half of the restaurant to Martin in November of 2011, and concentrated 100% of her energies on the fulfillment of her new urban farm dream.

HausBar Farm is now a model of sustainable urban agriculture where the owners grow and process their own food. A voluptuous half-acre garden grows herbs and vegetables for local restaurant customers and a menagerie of chickens, ducks, geese, rabbits, and miniature donkeys delight visitors. HausBar is a regular stop on the annual East Austin Urban Farm Tour and a popular destination for groups of curious schoolchildren.

Barger and Hausmann have built an environmentally-green home on the back of the property and there's a cozy cottage in front that serves as a bed and breakfast. Guests who share the couple's passion for urban farming and sustainable agriculture book the house regularly. Barger is once again completely in her element, saying “I'm still in the hospitality business, but I'm just welcoming guests two at a time now. I love it.” 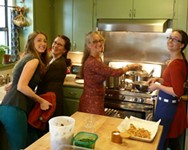 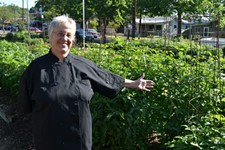