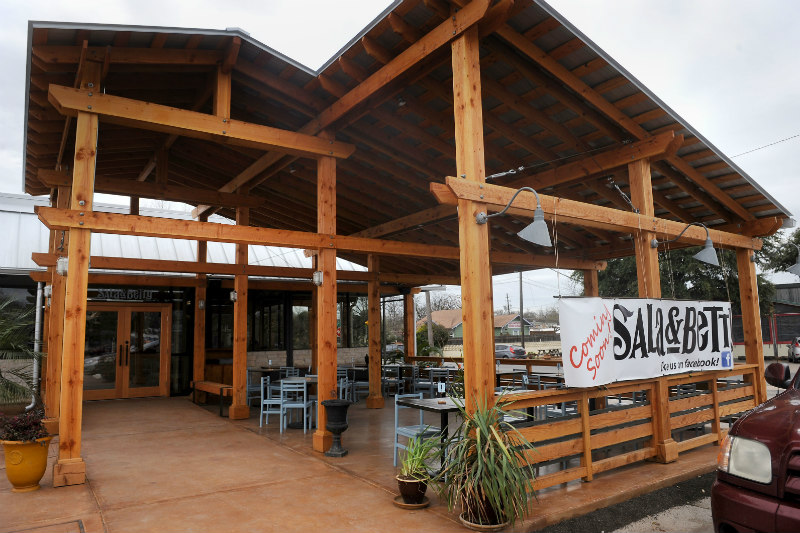 When Teresa Wilson's last restaurant, Aquarelle, closed in the fall of 2011, her immediate plan was to reopen in the same cozy West Ave. cottage with a Latin flavored menu. Inevitable progress intervened. The value of the Downtown property had appreciated greatly during Aquarelle's 11-year life span and real estate developers made Wilson and her investor partners an offer they couldn't refuse. Wilson wisely banked her share of the proceeds and began looking for another property while she developed her next concept.

In 2014, Teresa and her husband, plumbing contractor Terry Wilson, bought a 44-year-old former burger palace on Airport Blvd. and set out to create her next business. The property is situated on an emerging restaurant row that runs through neighborhoods filled with working families. The concrete and rock building came complete with a drive-through lane and its own parking lot, but it was in very rough shape after more than 40 years housing restaurants, most recently the Stallion Grill.

Looking back, Terry says "We'd probably have been better off just bulldozing it and starting over from scratch. In my 37 years working as a plumber, I can honestly say, the kitchen was the worst mess I'd ever seen. As it was, we had to replace everything but the exterior walls – plumbing, electrical, HVAC, equipment, even a new roof."

The Wilsons hired the green building experts at A.R. Lucas Construction to restore the old building, and the transformation is remarkable. The exterior rock walls and drive-through lane remain, but a few parking spaces were sacrificed in order to create an airy, spacious patio that gives the building a new face.

Sala & Betty welcomes guests in a pleasant, harmonious space bearing the childhood nicknames of Teresa Wilson and her sister. To the right of the front doors is a comfortable, inviting, 48-seat dining room where the table tops, the brass-topped bar, and back bar shelving are all made of local pecan, polished to a glowing sheen. The front windows are tinted against the powerful west sun, but shades are still on the way, as is a new sign to announce their presence to the neighbors.

Teresa describes her concept for the restaurant as "good food, fast" by which she means locally-sourced, organic produce and humanely-raised proteins simply prepared and served in a "counter plus service" format. She's designed a three-tiered menu system: one for the drive-through, which offers breakfast, sandwiches, and whole family meals for eat-in and drive-through/takeout service; a dine-in lunch menu consisting of soups, salads, entrees, and desserts; and a dinner menu featuring an eclectic lineup of snacks, small plates, entrees, and desserts.

Diners in the restaurant can also choose from Maine Root sodas, a selection of local and regional craft beers in cans, bottles, and on draft, as well as a list of food-friendly wines. While servers pour wine and some of Aquarelle's lovely French country pottery will make appearances at the tables, the food and atmosphere here are anything but fussy.

The three-tiered menu is an ambitious undertaking but there is family-friendly food like chicken with dumplings, a kids' meatloaf, and fried chicken with buttermilk biscuits sprinkled in among the more creative New American cuisine offerings. Chef Wilson is aiming for a fresh, seasonal bill of fare that could take some time to evolve as she builds relationships with area farmers and purveyors. She's chosen to roll out the drive-through menu first for takeout and dine-in service and hopes to add the lunch menu by the end of this week, with the dinner menu to follow soon after.

To assure the success of Sala & Betty, Wilson has made it a family affair with her oldest daughter, Diana Salazar, as general manager, her brother Ray Foreman in charge of the beverage programs, former Aquarelle sous chef Charles Mahle as executive chef, and Julie Holland, an old friend from Basil's days, working the floor. 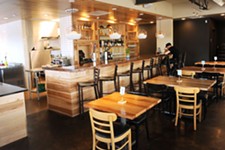