All Hail the King Cake

It's not Carnival until you find the hidden baby 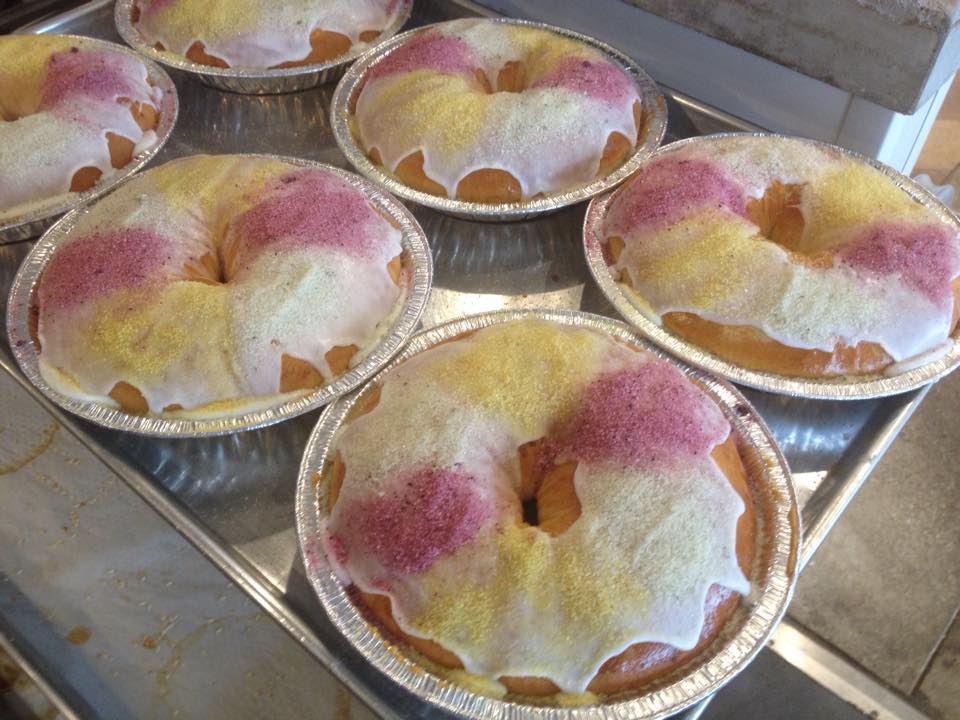 King cakes from Dai Due (Photo by Dai Due/ Facebook)

In New Orleans, king cakes are a regular feature of the Carnival season, showing up for the Feast of the Epiphany (January 6th) and holding a place of honor at parties and celebrations through Mardi Gras, the Tuesday before Lent begins.

The brightly decorated crowns of sweetened yeast dough or flaky puff pastry have a baby (representing the Christ child), a bean, a nut, or a coin baked into the dough and the person who finds the treasure in their slice is responsible for providing the king cake at the next party. Carnival season is short this year but there's still time to order one of the king cakes from the businesses listed below and begin your own tradition. Ordering with 24-48 hours' notice is a good idea.

Cypress Grill (4404 W. William Cannon, 512/358-7474) This popular Cajun/Creole restaurant imports king cakes from the legendary Gambino’s Bakery in New Orleans for sale during Carnival season, but the supply is limited, so order soon. They also serve slices with meals to restaurant customers on Mardi Gras day.

Dai Due (2406 Manor Rd., 512/ 524-0688) Pastry chef Abby Love is whipping up brioche-style rolls made with leaf lard rendered in the butcher shop, and filling them with a Texas apple compote and Full Quiver Farms' creamy Neufchâtel cheese ($15). The icing sugars are made with organic vegetable dyes and there's a Texas hickory nut hidden inside to represent the baby. Order in advance for pick-up in the store.

Easy Tiger Bake Shop & Beer Garden (709 E. Sixth, 512/614-4972) David Norman is the best baker in town for our money, and we really love his king cake ($18), a twisting circle of buttery Danish dough filled with cinnamon-sugar, dusted with Mardi Gras-colored sugars, and with a tiny tiger hidden inslide. Order by phone for in-store pick-up.

Have we left anyone off the list? Email us at food@austinchronicle.com.