Austin Restaurants Star on TV in 2015 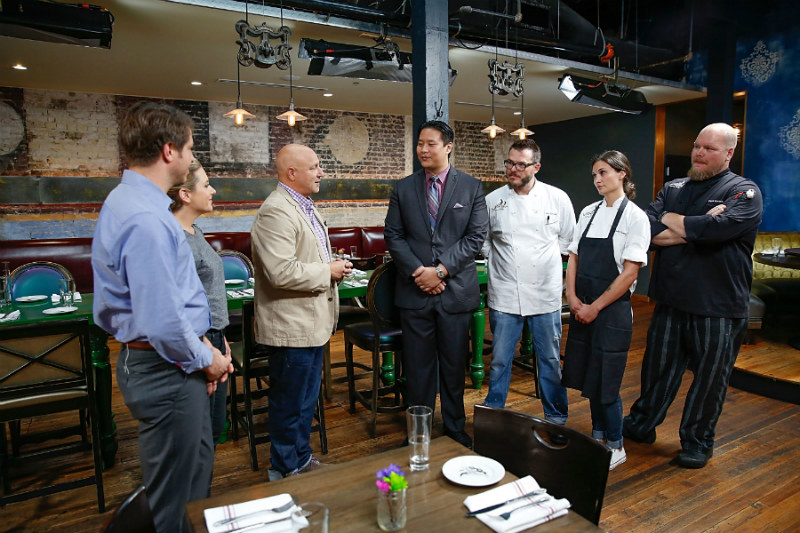 Both the Food Network and Bravo TV opened their 2015 seasons with programs prominently featuring food from Austin restaurants. Local examples of pizza, burgers, brisket, sharable plates, and paella were definitely ready for their close-up.

On Monday, January 5, the Food Network kicked off a new show called Best Ever that recognizes the best examples of specific dishes from restaurants around the country. The series opened with a focus on pizza, heralding 11 distinctive pies. First up was the classic pizza Margherita from Austin's own Bufalina (1519 E. Cesar Chavez), deemed "best 'tastes like nonna's pizza' ever." Spiky-haired TV chef Anne Burrell rhapsodized about every aspect of Steven Dilley's exemplary Margherita, from the dough that rises twice to the house-made fresh mozzarella.

Dilley says it's a mystery to him how his restaurant was chosen for the show, but the taping took place in the summer of 2014, “after a surprising number of contracts were signed.” A production crew showed up at Bufalina for a day of shooting that lasted from 7am-9pm, resulting in three to four minutes of screen time. Though Dilley says the process of making a television segment was “fascinating to watch, we were naturally a little nervous about how it was all going to turn out.” They need not have worried. The elegant simplicity of Bufalina's authentic pizza Margherita jumped right off the screen. Kinda makes you wonder if the queue outside the cozy Eastside pizza joint will soon rival the legendary line at another Austin eatery, Franklin Barbecue, which coincidentally will be featured in the "best barbecue ever" segment the Food Network is airing at 9pm CST on Monday, January 12. 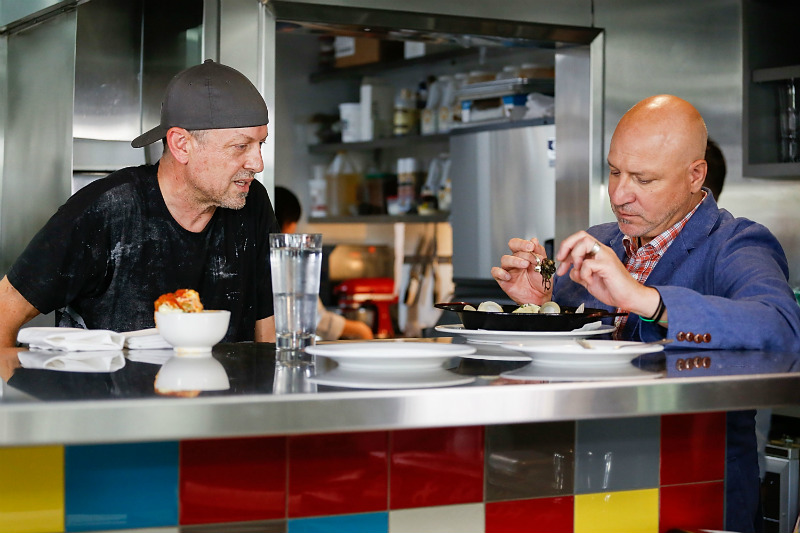 Based on the success of their Top Chef franchise, Bravo has developed another competition food show that focuses entirely on restaurants. Best New Restaurant is the American version of Gordon Ramsay's Best Restaurants, a program that's popular with English foodies. New eateries from New York City, Los Angeles, Miami, and Austin were chosen to compete against each other in specific categories to be evaluated and critiqued by producer and host Tom Colicchio, BlackboardEats editor Maggie Nemser, and restaurateur Jeffrey Zurofsky.

According to Jenn Levy, senior vice president of production for Bravo, “The 16 restaurants were chosen to compete based on an extensive search in conjunction with the editors at Bon Appétit as well as executive producers Tom Colicchio and Gordon Ramsay. Austin is quickly becoming a major food capital and provided some incredibly impressive new restaurants that were strong competitors and did Texas proud.”

The 16 chosen restaurants will compete in pairs: the shared plates at Swift's Attic will go head to head against those from the Federal in Miami; Jezebel will match new service concepts with the Church Key from Los Angeles; Barlata's husband and wife team of Daniel Olivella and Vanessa Jerez take on the owners of Miami's R House in a battle of restaurants operated by couples; and the burgers at Austin's Porter Ale House will compete against those from Tongue & Cheek in Miami.

Each pair of competing restaurants were subjected to the same three tests: “pressure tests” where they were flooded with large crowds without notice to see how they functioned with a full dining room; visits by mystery diners with hidden cameras; and finally, the presentation of a dinner to 30 VIP diners in a neutral location. At the end of each segment, a winning restaurant will be chosen by Colicchio and four restaurants will move on to the semi-finals. In addition to all the television exposure and being named America's best new restaurant, the winning business gets $100,000 plus an editorial feature in Bon Appétit magazine and a spot in the 2015 Vegas Uncork'd Festival.

Best New Restaurant debuts on Wednesday, January 21 at 9pm CST. At this point, we know the episode featuring Swift's Attic is scheduled to run on January 28th and the one with Barlata is scheduled for February 11. It's entirely likely all four Austin restaurants will schedule watch parties, and we'll let you know more about that as the air dates approach.