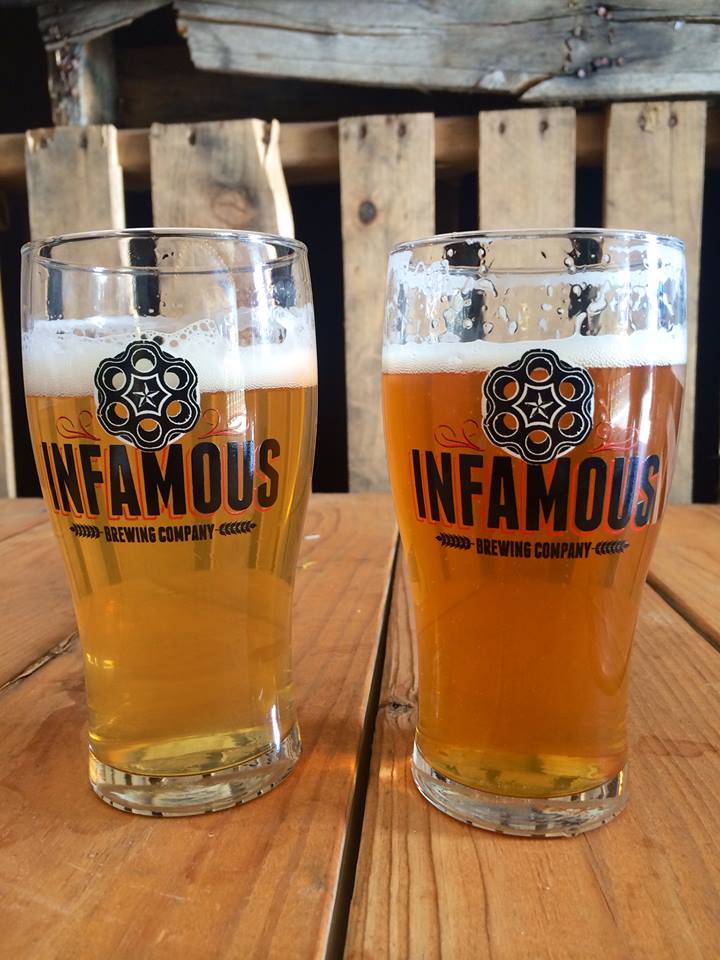 Our print issue will be devoted to our annual Top 10s, but that doesn't mean Austin's food news stops.

• Cuvée Coffee (2000 E. Sixth) is throwing a party later today to celebrate their collaboration with Austin Beerworks on the seasonal release of Sputnik Russian Imperial Coffee Oatmeal Stout. The innovation featured at this event is the debut of beer sold in "crowlers" (can + growlers), one-use 32-oz cans that are described in press materials as “the sanitary and recyclable cousin to the growler.” The party starts at 6pm today, December 30.

• Hops & Grain Brewery (507 Calles) has announced that their taproom will now be open on Sunday afternoons from noon to 6pm, beginning on Sunday, January 4. They'll also release a new special edition beer on the first Sunday of every month, such as the Pale Mosaic IPA that debuts this weekend.

• In other Lake Travis area brewery news, Infamous Brewing Company (4602 Weletka Dr.) has recently applied for the TABC license that will allow them to sell packaged beer for carry out to customers at the two-year-old Hudson Bend-area brewpub.

• Thai-Kun has moved! The uber-popular and nationally famous Thai food trailer from the prolific East Side King stable has rolled a few blocks east and set up shop outside craft cocktail emporium Whisler's (1816 E. Sixth). They began serving there on December 29 and will be open daily at 4pm. Now Thai food aficionados can enjoy chef Thai Changthoung's exemplary dishes with distinctive libations fashioned by Scranton Twohey's team of talented mixologists. In response to questions about plans to open a brick-and-mortar Thai-Kun outlet in the Domain, Deana Saukam advises us that while the ESK team does have long-range plans for such a restaurant, at this point there are no specific details nor any established time line for that project.

• Rather than being embarrassed when the term "breastaurant" is used to describe his popular sports bar chain, Doug Guller went on a network reality TV to embrace the term. Austin breastaurateur Guller's recent appearance on ABC's Undercover Boss yielded a career change for one unmotivated employee, but raises, promotions, and physical enhancements for others. The company CEO of Bikinis Sports Bar & Grill donned a poorly fitting black wig and facial hair, a press-on tattoo, and black nail polish to work some training shifts at Bikinis outlets around Texas.

As a potential new hire named “Jake,” Guller had in-depth conversations with the Bikinis managers assigned to train the new guy. He gained some useful insights into the kitchen operations from one unsung kitchen manager (increased responsibilities should have come with a raise, add a dishwasher during busy shifts) and was impressed with the personalities and motivational skills of a couple of Bikinis Babes.

At the show's conclusion, Guller hosted the employees who had "trained" him as the costumed imposter at his Bikinis, Texas village in the Hill Country west of Austin (a good plug there). After explaining what each of them had really taught him about his company during the faux training shifts, Guller encouraged the young woman who hadn't wanted to be seen in her bikini top on television to seek other employment, but did offer resume assistance. Then he doled out some serious prizes to the other managers.

For the hard-working single mom who impressed Guller by using social media to recruit new Bikinis Babes and motivated her staff of lovelies so well, there was was a promotion to corporate Babe recruiter and trainer that included a raise and insurance coverage plus a cash bonus and badly needed dental work for her kid. The sharp-eyed kitchen manager was rewarded with a retroactive pay raise and a $10,000 family vacation to share with his kids and grand-kids. Surely the most interesting prize of all was the promise of a brand new RACK for the 23-year-old Bikinis Babe who needed extra motivation to stay off her cell phone during business hours for the next six months. Completely delighted, she exclaimed “Am I getting some new boobies now? When I go up to a table, they'll do the talking for me!” We're not sure, but it's a pretty safe bet Guller is the first company CEO to use paying for an employee's boob job as a company job perk on national TV. Breastaurants, indeed.