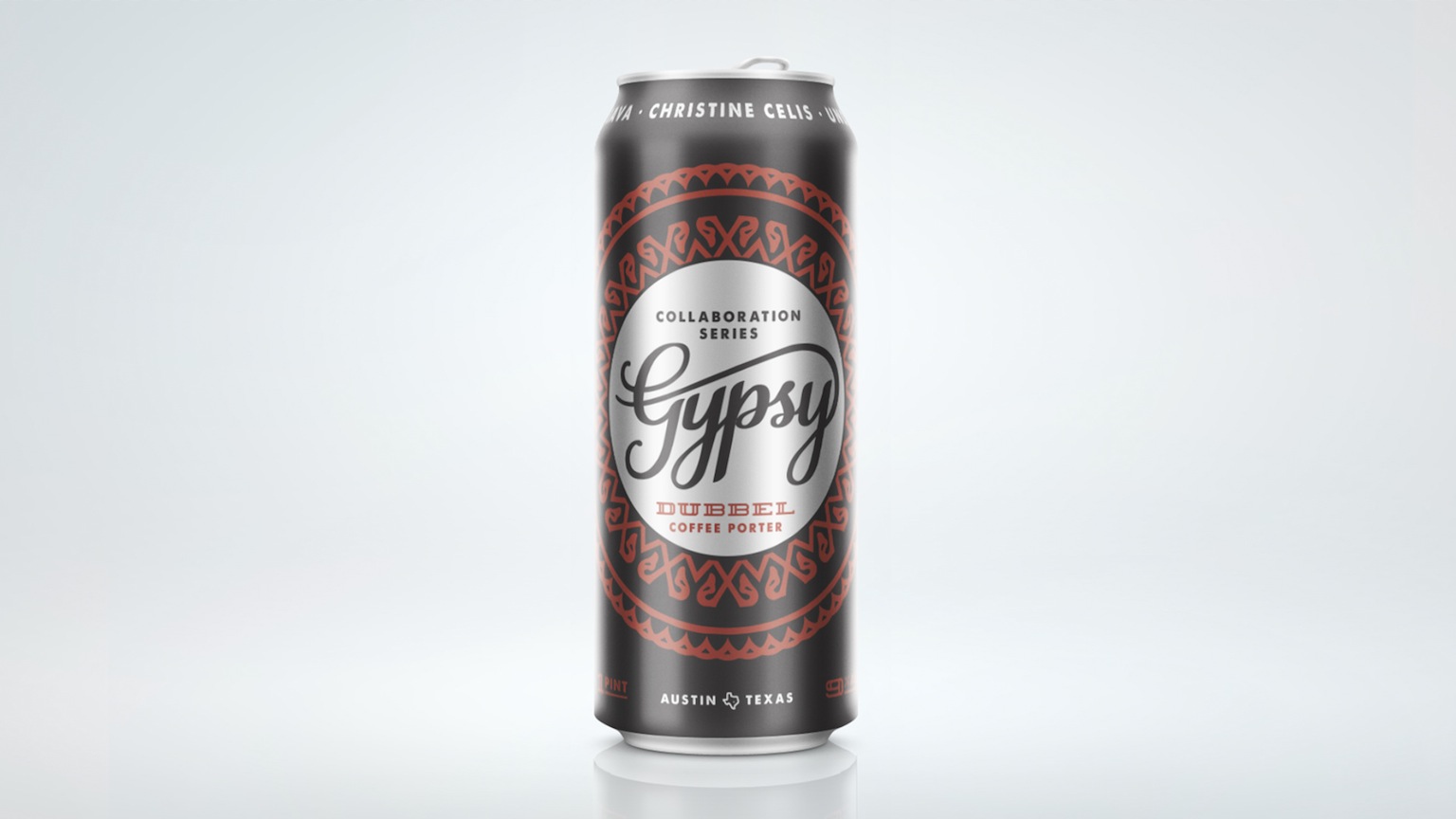 courtesy of the ampersand agency

The new Dubbel Coffee Porter is the second in the Gypsy Collaboration line. In keeping with her father's pioneer spirit, Christine Celis chose to partner with Uncle Billy's and Austin Java owner Rick Engel, the man who founded one of Texas' first modern day brewpubs. Together, they are bringing the world's first dubbel coffee porter to the market.

Uncle Billy's brewer Trevor Nearburg and Austin Java master coffee roaster Patrick Palmer were both involved in the brewing process. "We brewed a batch of Christine's recipe and then Patrick tried several different coffee roasts before he picked the one he liked best. We tried them and agreed with his selection, then he brought us the grounds and we cold-brewed the coffee here in the brewery," Nearburg told us today. The resulting beer features dark caramel malt, Belgian Dubbel yeast, and an infusion of organic, cold-pressed Guatemalan and Peruvian coffees.

After tonight's official launch party, the new brew will make guest appearances around town at such venues as BB Rover's, Hi Hat Public House, Flying Saucer, Hopfields, Craft Pride, Little Woodrow's, School House Pub, Billy's on Burnet, and the Draught House over the next few weeks. There are also plans for it to be available in four-packs of 16-ounce tallboy cans. For information about additional events and off-premise, retail distribution, go here.

Adventurous beer drinkers and Celis fans can meet and chat with brewers Celis, Kim Clarke, Brad Mortensen, and Nearburg as well as coffee roaster Patrick Palmer at the launch party this evening.