Burger Mary and the Carnivore's Ball

A few things you should know about the annual meat-fest. 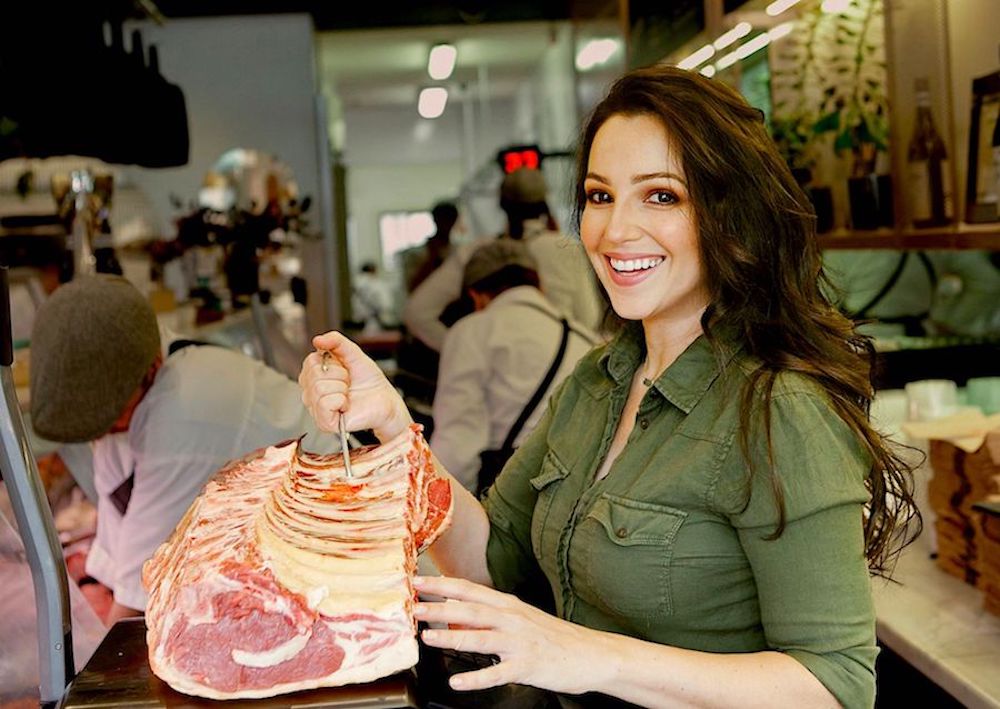 No, you don't want to go calling her Mary, bubba, because that's not her name, that's her website's name: Burger Mary. Because the woman's all about the burgers, see, and the Bloody Marys.

Although, actually? Jess Pryles – who splits her busy time between Austin and her native Australia – is beyond just burgers, is about the global carnivore culture in all of its many tasty forms, with BBQ being the prime specialty.

This is why she's the co-founder of (and head judge for) the Australasian Barbecue Alliance; why she's created the annual Carnivore's Ball that brings the celebration of smoked meats and fine adult beverages to Austin, Texas, and to those burgeoning Downunder hubs of Melbourne and Sydney; why, if you want to know what's up in the world of BBQ, you want to know what's up with the seemingly indefatigable Jess Pryles.

And this is a brief re-cap of the most recent Carnivore's Ball, the second one held right here in the ever-widening sprawl of the ATX, and a fête I almost missed except for being tagged in a fortuitous Facebook harangue of buddy Justin Davis. Which tagging led to a few clicks of research on the part of this only occasional food-scouting journo and an instant epiphany of Holy shit, this Ball is something I've got to attend.

Tell you what: If epiphanies, instant or otherwise, usually worked out this well, I'd be sitting in the catbird seat for all eternity.

Thursday, October 23rd, found me walking into The Brodie Homestead, the venue that is what became of that big old barn-looking thing I used to drive by on Brodie Lane, back in the day, before the whole area got all chain-store commodified and urban retailish like whoa. The Brodie Homestead – once upon a time, it was an actual barn – is an anomaly of original and unique elegance in the midst of all that generica. You walk into it and you're like, Have I already been married for a few years now? because I could totally get re-married here, or maybe rent the place for one of the finest receptions in matrimonial history … Look: The immense chandeliers depending from those cathedraline crossbeams, they're like some kind of Close Encounters mothership as rendered by Tiffany & Co. The roof's ligneous superstructure, the vast walls of Texas limestone, the polished wood floor, this is a place to hold a Ball, alright, this is some kind of temple to potential hedonistic ecstasy.

And quite fitting, as it turns out, due to the victuals soon to follow that night.

People talk of "washing down" some grub or other with a tall drink of this or that, like what they're eating is excess sludge that's got to be cleared away from an industrial sluice, you know? People talk of that even when they're speaking in praise; it's part of the vernacular, right? But, as the appetizers were provided by Salt & Time, wasn't anybody washing down nothin', was only people slowly savoring every damned bite of smoked deviled eggs and this housemade sausage that was drenched in a bourbon-enhanced(?) sauce. Also lack of washing down due to the liquids provided being samples of an aged batch of Cowboy Bourbon from Garrison Brothers and two varieties of amber brilliance from St. Arnold's Brewing; and those libations, those are things you enjoy for their own palate-pleasing goodness and never mind mere lubrication, you're looking for something like that, friend, you instead find yourself some godforsaken beverage collaboration between Astroglide and Schlitz and you keep the hell away from my part of Texas, tyvm.

Okay, and then you've got a plate of savory pork pound cake (!) with Fresno pepper marmalade provided by Jack Perkins and the Slow Bone gang from up Dallas way, and you're thinking, "Mmmmm, yeah, tell me more of this savory-pound-cake business, fellers, because it seems my tastebuds've been missing out until now."

And then, the main course, for which Jess has had a mess (a plethora? a passel? a bovine fuckton?) of Condabri beef shipped over from Oz just for this shindig, and it's been transformed – by Freedmen's Evan Leroy – into smoked & braised beef shank with smoked marrow and tallow-cooked veggies. Yeah, no, it was like "tender" had been coined to describe the consistency of this smoky miracle of cowflesh, and the taste of it yet lingers in the brain's foodie-cells the way the memory of a favorite orgasm yet illuminates the neurons of one's sexual cortex.

And, listen, by the time you get to dessert, you're kind of primed for an anticlimax that … boldly refuses to manifest. Because, oh sweet bleeding Jesus, you've been misled for so long. Misled by having bought some version of a chocolate-dipped bacon bar from Central Market or wherever, or from having been gifted such a thing for Christmas, oh, ha-ha, what a droll & hipster-referencing novelty, amirite? But those bars, tasty as they might actually have been? Are but hideous lies compared to the ineffable truth of which a freshly cooked batch of really thick bacon that's been candied (so's to lock in the moistness and flavor) even before it's been dipped in chocolate is the ultimate exemplar. Note: At least it is when it's been crafted by the oily geniuses of Fried & True.

It's like: Step up with the mythmaking, people, 'cause I'm running out of old gods to praise and am gonna need a few dozen new ones ASAP, y'hear?

Yeah, I've been thanking that Justin friend of mine for the heads-up for days now, and we've both been congratulating ourselves on having made the choice to partake of this groovable feast. And so thanks to that Jess, as well, and a suggestion to you, dear reader: If something calling itself the Carnivore's Ball seems like it might be a thing you'd appreciate, then your instinct is spot-on correct and you should get yourself tickets to whenever the next one's coming up in 2015. Which will be here in Austin. And also in Melbourne and Sydney, if you happen to be in that part of the world. And – beyond that?

"I definitely have plans to bring Carnivore's Ball to new locales," says Jess Pryles. "Perhaps Brisbane, Australia, as there have been several requests from there. Stateside, I can see the concept doing well somewhere like Kansas City, Nashville, and maybe even Charleston with the BBQ renaissance that seems to be going on there!"