• Fans of the ancient game of bocce ball will gather on the lawn at Trattoria Lisina (13308 FM 150 near Driftwood) this weekend for a tournament that includes breakfast and lunch buffets for contestants as well as a party after the finals. Entry fees will benefit the Burke Center for Youth in Driftwood and the grand prize is a six-day, all expenses paid trip to Italy. Saturday & Sunday, Oct. 25-26, 10am-4pm.

• Authors and lifestyle mavens Brent Ridge and Josh Kilmer-Purcell are known as “the Beekman Boys” because of the books and products from Beekman 1802, the company named for the house on their 60-acre farm in upstate New York. In town to teach a sold-out cooking class, the boys will be doing a product demo promoting their "Mortgage Lifter" heirloom pasta sauce at Central Market North (4001 N. Lamar) on Monday, Oct. 27, from 2-4pm.

• Make It Sweet (9070 Research, #203) has all the equipment and supplies necessary to create sugar skulls for Dia de los Muertos altars. Based on how quickly the classes on this subject sold out, this could be another emerging local trend in sugar art. 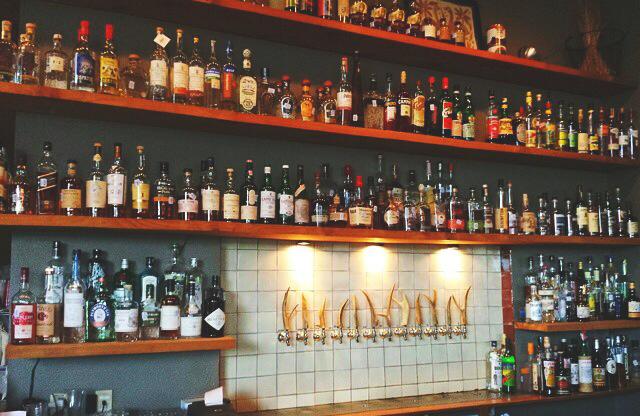 • Jen Keyser is the new bar manager at Contigo (2027 Anchor Ln) and she's presenting a fall menu of custom cocktails featuring some new libations such as the Root Down, the Scoville Sour, and the Tortola Tot along with old favorites like the Nor'Easter. Drop around and check out the new open kitchen while you're there.

• Chef Albert Gonzalez of Apothecary Cafe and Wine Bar (4800 Burnet Rd.) has new fall menu items on both the dinner and brunch menus. The popular Rosedale spot has also added a new raw bar stocked with East and West Coast oysters, stone crab claws, shrimp and lobster cocktails, ceviche, tartare, and crudo. Selections from the raw bar are available at both dinner and brunch.

• Aroma Italian Kitchen and Bar (34-3 S. Lamar) offers Sunday brunch from 10:30am-2pm with such dishes as fritatta, bistecca e uvuo, and Nutella hazelnut pancakes along with frozen peach bellinis, mimosas, and Bloody Marys ($5.) Look for great deals on "Wine Wednesdays" here, when guests can enjoy 25% discounts on all bottles of wine from 6pm until closing.

• The new fall menu from chef Peter Maffei at Finn and Porter in the Austin Hilton Downtown (500 E. Fourth) includes such dishes such as parsnip and apple soup, beef cheeks, duck cassoulet, and campfire s'mores pot de creme for dessert. • Take a walk on the wild side at Searsucker (415 Colorado) with their multi-course offal dinner featuring courses developed by company chefs in Austin, San Diego, and Del Mar, CA. The dinner is available through Halloween and is $55 or $77 with cocktail pairings.

• Look for the new Pacific Rim Sushi and Yakitori Lounge (9070 Research, #305) to open this fall in the Crossroads shopping center at Burnet and Research.