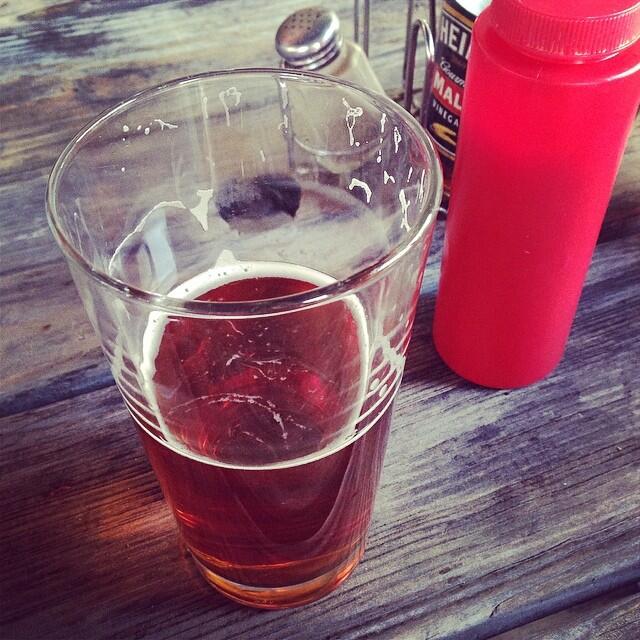 According to co-owner Jeff McKillop, the current location of the Dog and Duck Pub (406 W. 17th) will be closing on October 31. The location, open since 1990, will be torn down for new development.

McKillop told Chronicle staff writer Virginia B. Wood that they were aware their time on the property was coming to an end for over a year, but were only told Monday that they needed to vacate by the end of the month. Employees were notified quickly.

McKillop and co-owner Susan Forrester, however, plan to reopen in a new central location with much of the old staff and furnishings. They have promised to let us know as soon as a lease is signed. As for their old home, McKillop says, "We're hoping as the word gets out that people will come join us on that Friday to say goodbye."

Meanwhile, Evelyn Sher at the Elm Restaurant Group (24 Diner, Easy Tiger, Arro) tells us that the "unnamed Elm Italian concept" finally has a name. Italic is expected to open in early 2015 in the Starr Building at 6th and Colorado.

According to the press release, Chef Andrew Curren's "simple and straightforward" menu will feature:

"A top-of-the-line American-built pizza oven offering 8 feet of stone hearth will yield an array of classic and rustic pizzas, as well as a handful of entrées such as roasted half chicken and Florence- style T-bone steak. Antipasti selections ranging from cured meats, Italian cheeses, olives and house- marinated produce to house-baked focaccia will start a meal or end a hard day’s work during happy hour. Seasonally rotating pastas, featuring both fresh and dried varieties, will allow ELM to hold true to its farm-to-table ideals as well as satisfy the craving for a bowl of pasta and a glass of wine."