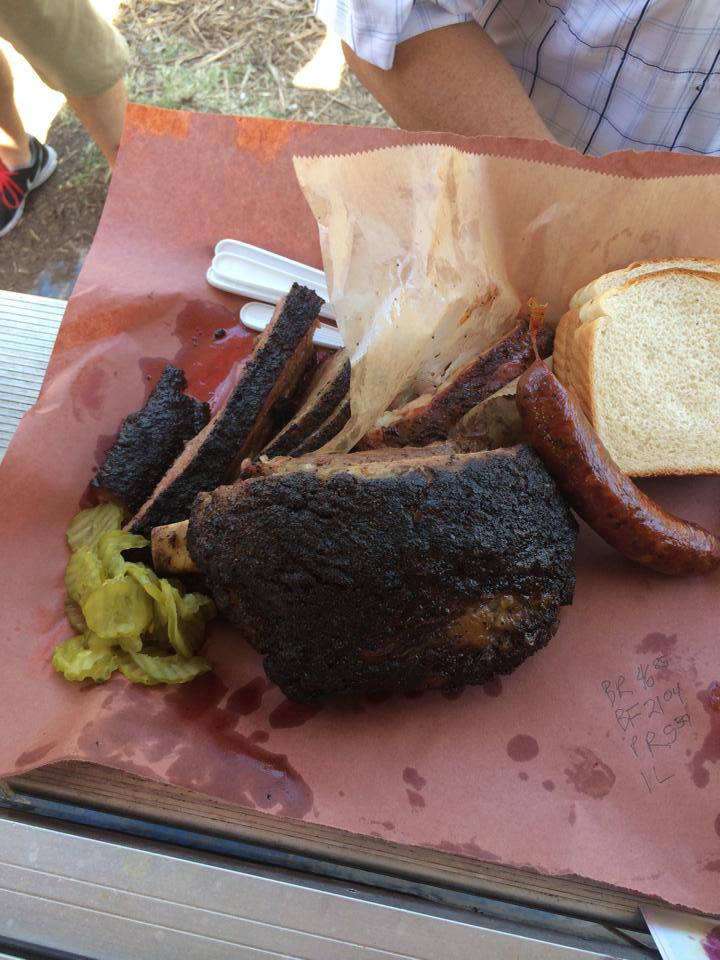 • Austinites' perception of Judge Harley Clark is largely determined by which of the last seven decades they happened to encounter him. Folks in the Fifties and Sixties knew Clark as the enthusiastic UT yell leader who initiated the “hook `em Horns” hand sign as a spirit booster in 1955. In the subsequent 30 years, he was widely known as a successful trial lawyer and a respected jurist on Texas' 250th District Court. But over the past decade, members of the local food community knew him as a gentleman farmer who grew organic tomatoes, herbs, greens, and vegetables on his organic farm near Dripping Springs. Much of that produce ended up in Austin restaurant kitchens. As chef Emmett Fox, co-owner of Asti and Fino, told us today “I met Harley through Richard Heineken of Tank Town. We both got our rainwater collection systems from Richard. Harley would come by our house in the mornings to deliver produce and he always told the greatest stories. I'll miss those conversations.” Judge Clark died this week at his farm near Dripping Springs at the age of 78. He will be buried in the State of Texas Cemetery on Tuesday, October 14. We extend our sincere condolences to his family, colleagues, and friends.

• La Barbecue pit master John Lewis advises us it will probably be awhile before he and his partners can disclose any substantive details about their prospective brick-and-mortar outlet on S. Congress because leases and partnership aggrements are still being negotiated and signed. Evidently, gossip and speculation tend to make that process more difficult. Meanwhile, Lewis is very talkative about his foray into the Charleston market and pleased to be cultivating friendships with innovative chefs there such as Sean Brock of McCrady's, Husk, and the new Minero, a Mexican-style taqueria. Lewis is eager to become part of the Charleston culinary community.

• Laura Sawicki reports that construction is going smoothly at Launderette (2115 Holly) and the TABC permit application is in the works. Also in the same general area, Roberto San Miguel says construction at Mongers Market + Kitchen (2401 E. Cesar Chavez) is on track for their projected opening around Thanksgiving. Meanwhile, he's staying busy providing fresh Gulf seafood to restaurants such as Dai Due, Perla's, Clark's Oyster Bar, Jacoby's, Elizabeth Street Cafe, and the Tarry House.

• While driving west on Anderson Lane last week, I spied the newest outlet of the rapidly expanding local Lone Star Kolaches (2210 W. Anderson Ln) chain. Owner Massey Wallace says this sixth shop replaces the outlet they lost to the redevelopment of the Lamar Village center at the corner of N. Lamar and W. 38th. Lone Star offers a full line of sweet and savory kolaches, some pastries, breakfast tacos, and coffee beverages, as well as catering with delivery. The shops are open daily from 5:30am-2:30pm.

• The Scarlet Rabbit (410 W. Main in Round Rock) is offering German food specials in observance of Oktoberfest all month, culminating in a big party on Sunday, Oct. 26 with live music, Karbach Brewing Co. beers, souvenir beer steins, and great deals on drafts and pitchers.

• Debbie Davis tells us that the opening of the second outlet of Counter Cafe (1914 E. Sixth) is now being held up by the installation of wi-fi service for the entire former post office building. “Both our restaurant and Gardner need wi-fi for our POS systems, so the city has to put in a pole and that requires a permit and that takes time,” the exasperated restaurateur told us. Look for the new larger Counter Cafe with patio dining and beer and wine to open before the end of the month.

• Every time I see GoPro camera inventor Nick Woodman doing TV interviews about the wearable camera he developed for surfers and extreme sports enthusiasts, I can't help but wonder if chefs are aware of the amazing devices? Just think how a wearable camera could assist in the codification of recipes for cookbooks? Cookbook authors and kitchen wizards with a desire to document their work and post videos on the Internet seem like a natural GoPro market to me.