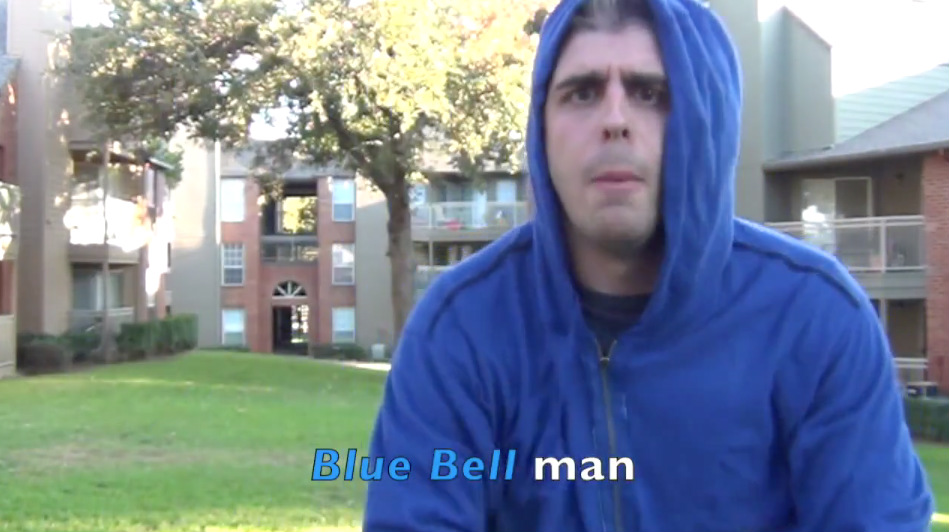 The folks at Blue Bell Creameries received plenty of unique submissions to their recent video contest, but one man's distinctive rap song about the homegrown Texas ice cream brand earned him a spot in an upcoming national television commercial.

Kevin Cangelosi of the Dallas/Ft. Worth area proclaimed himself the "Blue Bell man" and submitted a 20 second video featuring his own rap lyrics about his favorite brand of ice cream.

"We received many creative and entertaining videos from across the country," said Blue Bell marketing director Carl Breed in a press release. "But Kevin's entry caught our attention immediately. We're excited to meet him and have him in the commercial."

Kevin Cangelosi and a plus one will receive an all-expenses-paid trip to Brenham this month so that he can meet the Blue Bell folks, tour the plant, eat some ice cream, and appear as an extra in the new commercial.

According to Breed, choosing only one winner from all the good videos submitted proved to be too daunting a task, so three runners-up were chosen and they will each receive a year's supply of Blue Bell. View all the winning videos here.