• Reagan Roland reports that about 1,700 people attended the second annual AustOberFest last Saturday at Saengerrunde Halle and Scholz Bier Garten. We tried all the sausages; artisan and commercial, coarse and fine grind, and I have to say my favorites were John Lewis' coarse grind house blend from La Barbecue and the black pepper-spiced original from my longtime fave Louie Mueller Barbecue. Black's Barbecue was there from Lockhart, giving out coupons for free quarter pounds of brisket to be redeemed at their Austin storefront (3110 Guadalupe) when it opens this month.

• Krystal Craig of Crave Artisan Chocolates is no stranger to pairing her creations with beer after years of collaborating with Anders Dowd and Tre Miner on Valentine's Day parties at the Ginger Man ((301 Lavaca). Now that Dowd and Miner have moved to Craft Pride (61 Rainey), the annual Valentine's event will move there too. But before that happens, the guys will be hosting the coming-out party for a new chocolate milk stout from Austin Beerworks. When Chance Patrick, one of the owner-operators of the brewery, was looking for someone to help him create a milk stout enhanced by the complexities of chocolate, the Craft Pride guys quite naturally recommended Craig to help him out. After some serious tastings and evaluations of flavor profiles, Craig and Patrick settled on a blend of different Belgian chocolates with an average cacao content of about 70%. The new stout is called Choco Leché and will be available seasonally at the Austin Beerworks tasting room and Craft Pride after its debut party there this Sunday, Oct. 5 from 4-7pm. Drink up!

• I managed to pick up a few tidbits at the Central Market anniversary party last week. The duck tacos on handmade tortillas from Iliana de la Vega's El Naranjo were so popular they were scarfed up almost immediately, while Daniel Olivella's chicken, shrimp, and octopus paella from Barlata Tapas Bar generated lots of repeat business.

• Austin Slow Burn owner Kevin Lewis says his team is so busy they've already outgrown their new kitchen. Turns out the growth is fueled by the preparation of lots more of their already-popular jerk marinade for use in a Torchy's Tacos dish, as well as bottling their addictive Diablo Sauce. With many more Torchy's outlets slated for both Houston and Dallas, ASB has more growth in its future.

• Look for the excellent work of local cake artist Paloma Efron of Coco Paloma to be recognized in a fall installment of the Cake Blog as well as Martha Stewart Weddings.

• After Téo Gelato owner Matt Lee was named as one of the top three gelaterias at the North American leg of the World Gelato Tour held here in April, he made an important discovery. Although Americans might be crazy about peanut butter – the base for his winning flavor with a chocolate hazelnut swirl – it really isn't popular in Italy at all. So he spent the summer creating a new competition flavor to serve at the finals in Rimini, Italy in early September. Even though it was a gamble to start over with a new flavor, Lee decided it was worth a shot. The all-Texas buttery pecan gelato with a swirl of salted pecans in Texas whiskey caramel was served to thousands of gelato lovers by Lee and his family at the Italian competition. And even though Téo didn't bring home a prize, when all of the official vote tallies were released this week, Lee discovered he had come in fifth in the world! Stop by the shop this weekend, buy a scoop of Texas Whiskey and Pecan, and taste it for yourself! 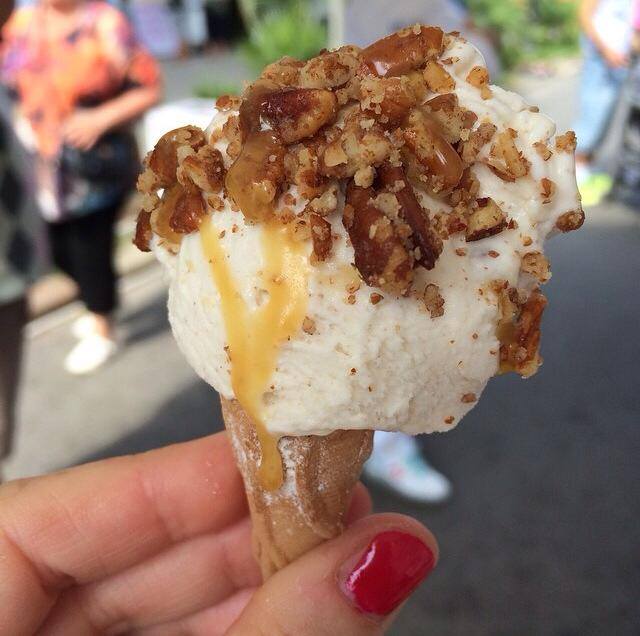 • Also learned that the Smokey Denmark folks now have a barbecue trailer, which gives them the flexibility to participate in special events. They'll be serving lunch weekdays from 11am-2pm at 3505 E. Fifth.

• International concessionaire Sodexo has vacated the kitchen facilities at the Circuit of the Americas and the concession contract has been awarded to Ryan-Sanders Sports Services, a Round Rock company owned by baseball great Nolan Ryan, his sons Reid and Reese Ryan as well as business partners Don, Brett, and Brad Sanders. The change was made when COTA officials became aware that track guests felt there was significant room for improvement in the food offered there. Ryan-Sanders has also been working to upgrade the quality of food served at the Dell Diamond in Round Rock as well as Minute Maid Park in Houston. From reports we've heard about the food at the COTA track, they've got nowhere to go but up.

• Ginny and Eric Yi have sold Asia Cafe (8650 Spicewood Springs Rd.) to some new owners who are said to be keeping the same kitchen crew, menu, and name. Word is that Ginny’s mom will stick around for a few weeks to make sure the transition is smooth. The unpretentious Chinese eatery is a beloved dining destination for off-duty chefs such as Three Little Pigs' Raymond Tatum and longtime Chronicle contributor Mick Vann. According to them, thousands of local Sichuan food fans are literally freaking out about any possible changes.