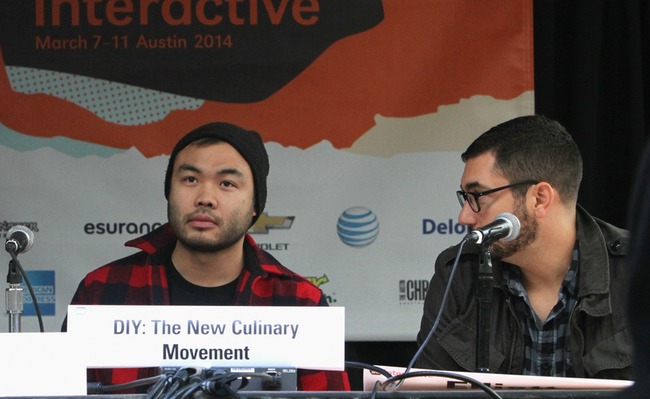 Paul Qui and Ned Elliott (Foreign and Domestic) at SouthBites 2014 (photo by SXSW.com)

After branching out to education, the environment, and sports, it was only a matter of time before South by Southwest wanted to invite you to dinner. Last year, SXSW Interactive debuted a block of SouthBites food-related programming. Turns out there was a pretty big appetite.

For 2015, the conference is setting the table for an expanded SouthBites – ramping up both the programming and the events. Award-winning Momofuku chef David Chang will be the featured speaker, joining luminaries such as the Travel Channel's Andrew Zimmern, Yummly's Dave Feller, and Hot Bread Kitchen's Jessamyn Rodriguez. Local panelists include Bitch Beer's Caroline Wallace, What Are You Drinking's Matt McGinnis, Hops and Grain's Josh Hare, and the Statesman's Addie Broyles.

In addition, Paul Qui will be curating a ticketed networking event at his namesake restaurant. The SouthBites Trailer Park will also be back with a 14 of the best food trucks around. SouthBites runs between Saturday, March 14 - Monday, March 16. More details here. 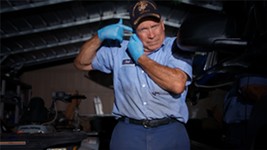