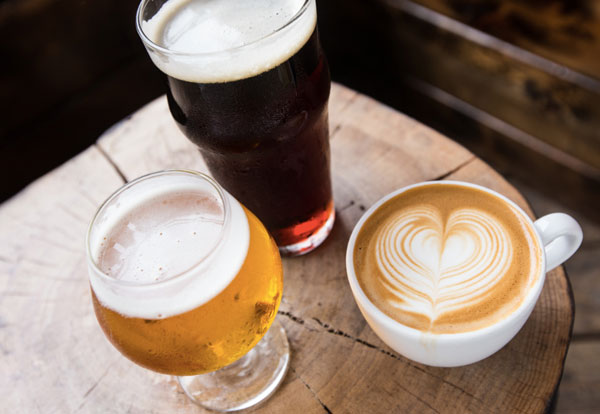 For better or worse, there will probably never be a reality series about Austin's coffee culture. There's just not enough drama. Heck, there's seldom even an unkind word. And hugs only really play after a good deal of hair pulling.

So it comes as no surprise that Andy Cohen is rarely seen lurking outside Thunderbird Café & Tap Room. The Koenig shop isn't exactly engaging its competitors in bombastic "coffee wars." In Austin, it's more about coffee cuddles anyway. And Thunderbird wants to share the love with all their caffeinated BFFs. Big Lisa Frank latte art hearts all around.

Starting today, Thunderbird is offering "(dis)loyalty cards" to customers that are willing to kiki with four other local cafes – Houndstooth Coffee, Once Over Coffee Bar, Caffé Medici, and Flat Track Coffee. Bring proof (in the form of receipts from all four purveyors) of your roasted peccadillos and Thunderbird will reward you with a free cappuccino or expresso drink of your choice. And probably a high five.

In a press release, Thunderbird owner Ryan McElroy explains his largesse. "In the last eight years, Austin has developed a world-class espresso scene," he says. "There are a group of businesses that have inspired each other to raise the bar quite high. Our goal with this is to highlight our peers in this continual improvement. It's a partial list but exploring it will deepen the palate of anyone seriously interested in espresso, which will only make Austin better."

Gawd. It's like he's never even heard of Teresa Giudice.