Your guide to the weekend's best bites 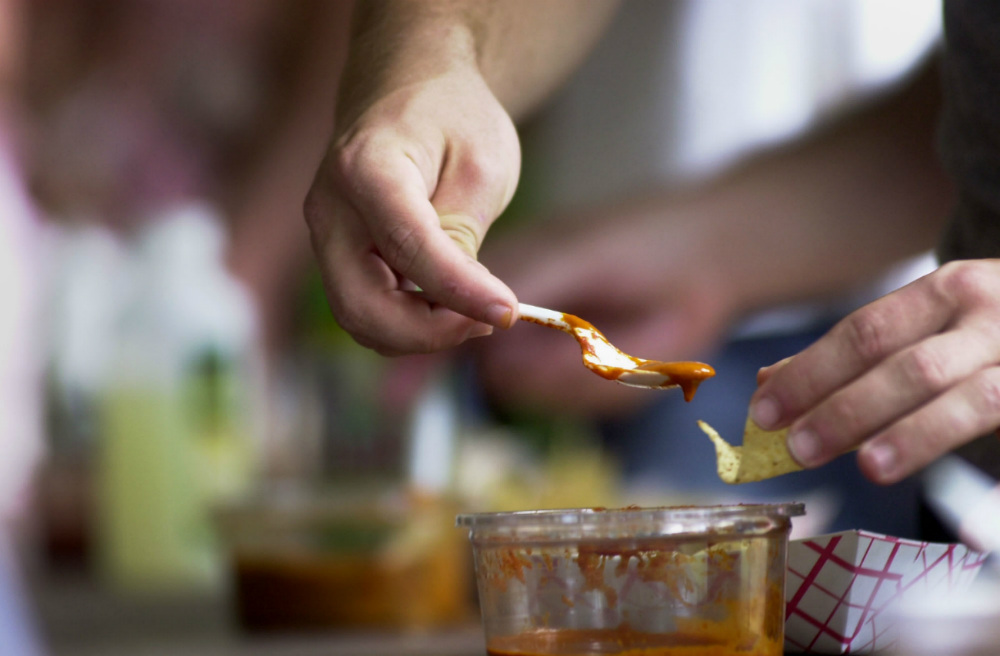 This week, we're falling into a burning ring of fire.

1) Drop It Like It's Hot
The Austin Chronicle Hot Sauce Festival is just days away. I've been watching a lot of romantic comedies this week in a vain attempt to cry my tear ducts dry. If you find yourself marveling at the machismo it takes to down multiple ghost pepper sauces with nary a blink, you can thank Reese Witherspoon.

I'll have the opportunity to practice my hot sauce poker face this Saturday during a cooking segment on KXAN News Today. Charles Mayes of Austin Josie Products (one of our esteemed Le Cordon Bleu College of Culinary Arts demo tent presenters) will be making up a batch of Hatch Molcajete Salsa Verde at 8:20am. And I will be reminding folks that the fest isn't just about hot sauce. After a record 2013, we hope to provide 50,000 meals to our community through the Capital Area Food Bank. On Sunday, bring three nonperishable food items, your wallet, your appetite, and plenty of sunscreen. It's gonna get steamy!

2) Smoke Gets in Our Eyes
Almost all of the general admission tickets to Texas Monthly's TMBBQ Fest on September 14 have sold out to scholars of smoke rings and bark. Half of the magazine's 50 best barbecue joints will be on hand to ply you with ribs, pork loin, and quintessential Texas brisket. Tickets available here.

3) It's Just Brunch
I've often lamented that Sunday brunch has to end at 3pm. Sometimes I want to eat a breakfast before settling into a long torpor fueled by mimosas and idle conversation. Sometimes I want to meet two groups of people for two separate brunches, and sometimes I just want to linger for hours nibbling the occasional Benedict. Brunch is a birthright, dagnabbit, and it shouldn't have an expiration date.

Fortunately, Searsucker is to the rescue with new extended brunch hours. You can party like Caligula (except for the creepy stuff) until 5pm. They've also added "Sunday Supper," a $28 three-course prix fixe, for those who can't bear to leave. I hope this will start a war with restaurants competing for the title of longest brunch. Why can't brunch just go until 3pm on Wednesday? This is Austin.

4) Poppin' and Lockin'
While waiting for the rest of their friends to shake off their Saturday, smart foodies will be in line at Foreign and Domestic for a pop-up kolache shop from Rebecca Masson's Fluff Bake Bar. The savory and sweet fillings include flavors you definitely won't find in West: Salt & Time breakfast sausage, plum and mascarpone, apple and miso butterscotch, and "everything bagel." Arrive early Sunday; service starts at 9am.

5) Get Yourself Connected
I've never been one to jump on a bandwagon, even if the bandwagon grows to a size of an aircraft carrier and I'm the poor fool waving my hands from the life raft. But I have capitulated and joined the burgeoning food community already on Twitter. You can find me @DoctoredWatson, and while you're at it, say hello to inimitable staff writer Virginia B. Wood @vbwstillbakes.