Boycott would be first approved in a decade 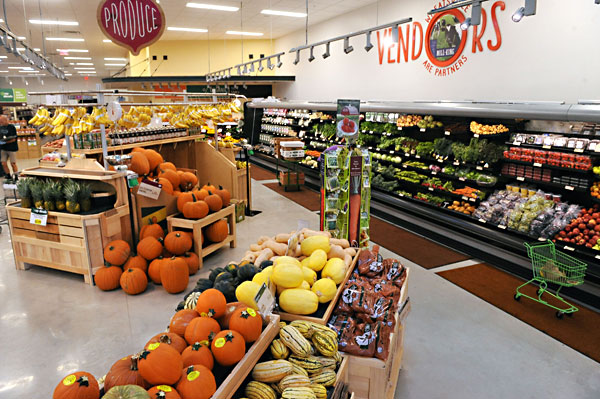 After the Supreme Court's Hobby Lobby ruling, progressives were shocked to find Eden Foods listed with the companies calling for an end to Obamacare's contraception mandate. A call to boycott quickly gathered national momentum. Now the local backlash could mean a historic removal of the organic brand's goods off Wheatsville Co-op's shelves.

"A group of member-owners and myself were very frustrated by the recent Supreme Court ruling in favor of Hobby Lobby, and disappointed to see a company like Eden Foods joining them in trying to control the bodies and healthcare decisions of their workers," explains petition organizer Shelby Alexander. "It hit home because Eden Food products are carried on the shelves at Wheatsville. Thankfully, Wheatsville has a petition and voting process to call for an official boycott, so we decided to follow through with it."

According to Alexander, local activists zeroed in on Wheatsville because of their uniquely democratic process. Although there has been social media pressure on Whole Foods, Central Market, and Trader Joe's, none of the grocery chains have opted to take a position on the controversy. In a July post, Wheatsville explained that the co-op does not pull products based on politics, but outlined the petition system. "In most cases, when people are dissatisfied with a product they stop buying it which means that we stop carrying it," says Wheatsville Brand Manager Raquel Dadomo. "It’s pretty black and white when people vote with their dollars, and is pretty much the way buying decisions are made in any retail establishment." Dadomo notes that when a product still has brisk sales, only an owner vote can determine whether a product is still stocked.

And not everyone in the natural foods community agrees that Eden's opposition to the contraception mandate voids the company's commitment to the environment. As a pioneer in organic packaged foods, Eden led efforts against genetically engineered and irradiated foods. It remains a major supporter of nonindustrial organic farms. Supporters of the company point out that although they may not believe in CEO Michael Potter's views, boycotting the product could disrupt sustainable food systems.

Dadomo reminds that organic consumers are not homogeneous in their beliefs. "Wheatsville spends a good deal of energy and time vetting good, better and best products and brands, she says. "We serve a diverse customer base and understand that there are many reasons why a customer would choose to buy a certain product - everyone’s priorities are different."

Alexander rejects most of that criticism. "An issue like this is especially relevant in a store like Wheatsville where high value is placed on the origins of the food," she says. "In this case, Eden Foods, and their supporters, are touting the high quality of their products, even as the company is infringing on the bodily autonomy of their workers. They want us to ignore that they're blocking employees' access to birth control just because their cans are BPA-free. Any company with this approach doesn't line up with Wheatsville's mission statement of creating a society geared towards 'justice and non-exploitation.'" Indeed, Eden's stance on contraception goes well beyond Hobby Lobby's opposition to the four forms of contraception the craft giant views (without scientific backing) as abortifacients. Devoutly Catholic Potter, and by extension Eden, opposes all forms of contraception.

Boycott organizers believe that the company's religious beliefs should not trump women's rights. And they repudiate claims that boycotts are ineffective. "For those who might question the need for a boycott," she says "we'd remind folks of the importance of this particular tool for social change. In fact, Wheatsville was the only retail store in Texas to boycott grapes in solidarity with Cesar Chavez and the United Farm Workers throughout the Seventies. We think many members will understand that history and how important it is to vote with your dollars." It is, however, worth noting that storewide boycotts are rare. Since the UFW grape vote, only one boycott measure has been approved – the ban on animal testing passed in 2003.

Still, Alexander is confident that owners will ultimately opt out of doing business with Eden. She points to the 500 petition signatures gathered in just a few weeks. Ultimately, she hopes the decision will put pressure on smaller local retailers who stock the brand. Wheatsville owners will have their say on the general election ballot between September 1 and November 3. 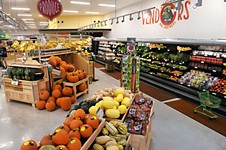 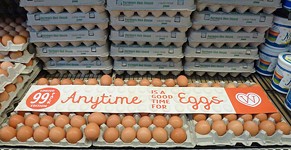