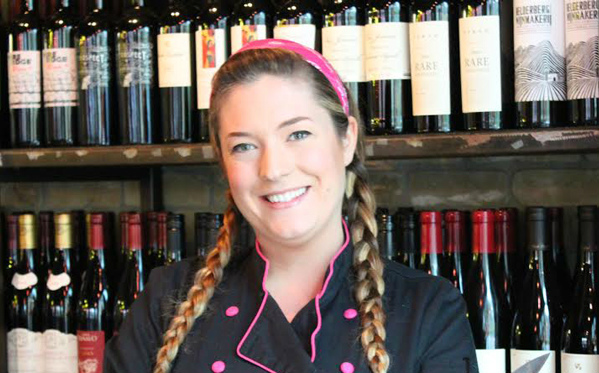 Eat. Drink. Empower. didn't start off as a major event. In early 2013, MAX's Wine Dive Executive Chef Erica Beneke was looking for a way to increase her community involvement and thought a dinner cooked by a group of local female chefs would make a great charity fundraiser. She envisioned "a very casual get-together."

But good ideas have a way of becoming very big deals. The idea of a simple dinner morphed into a five-course feast last year. This year, the event will feature a decadent 12 courses, each with its own pairing. The food and beverage team boasts some of Austin's most imaginative palates. And the event is now a major fundraiser for SafePlace. "We knew that we wanted to raise money for a charity and we came to realize that we could raise much more money if we made the event a much grander affair," says Beneke. "After playing with this idea for a little while, it spun into a much bigger and better event. SafePlace seemed the obvious choice for the charity in the spirit of female empowerment."

Showcasing women was part of the discussion from the beginning. It's not news that the culinary world often overlooks female chefs and bar masters, but Beneke isn't happy with the status quo. She feels more attention should be called to gender issues in the field. It is not at all uncommon to hear horror stories about sexual harassment and disrespect within the industry, and Beneke confesses she has not been immune. "This is an issue all too common in restaurants," she says. "It’s somehow engrained in the culture, and that is a real problem. I have spent quite a bit of time fighting the good fight and am happy to say that this is absolutely not a part of my daily life these days."

Kitchen behavior isn't the only headache for females entering culinary careers. Beneke points out that the average base salary for a female chef is well below that of their male colleagues. "In the majority of my past jobs," she says, "I was started at a lower rate than my male counterparts. So, in so many words, [the pay gap] does affect in a pretty big way. I am not sure how we go about fixing this across the board but I do know that in my kitchen, pay rates are based on experience, job performance and nothing more.

But Beneke does see a gradual shift in the industry. "It is beginning to change, very slowly," she says. As more women enter culinary careers, the field has become less of a boy's club. "I think it begins with building a community, breaking down barriers and busting these ridiculous stereotypes of what female chefs are," says Beneke. "I also believe that it is important for those women who are in leadership roles in kitchens to act as mentors to those who are just getting started. Beyond that, I think that we do need to accept the fact that gender bias is a real issue in this field. It is difficult, as someone in these shoes, to discuss this issue without worrying about sounding 'whiny.' However, sweeping it under the rug and not addressing it is only adding fuel to the fire."

It's little wonder that she had no trouble filling out the roster for this year's event. "It really took no convincing at all," she admits. "We had five chefs last year and I thought we could grow it a little bit this year, so I sent out a bunch more invites. The response was so overwhelming that I actually had to rethink the style of service because I did not want to turn anyone away!"

The accomplished team is set to wow on Thursday with a menu that includes ricotta gnocchi with corn ragu, and smoked chili oil, sweet corn soup with black olive and fig sourdough, and a dizzying dessert featuring milk chocolate Bavarois, banana sponge, passion fruit crème, chocolate crumbs, and cherry foam. It's sweet revenge against those who believe only men make great chefs. "Talent is talent," says Beneke. "It has no specific appearance, no specific gender."