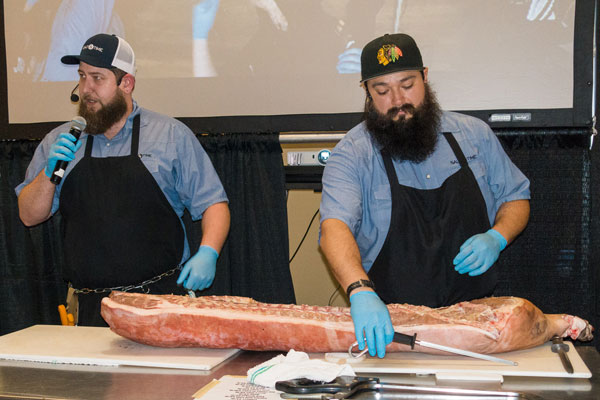 There's nothing like being in a room with Austin's brightest epicures to challenge one's self-perception. During yesterday's Slow Food Austin Grub Trivia event at Saengerrunde Hall, my humbling moment came from a question about the smallest European cattle breed.

I struggled to think of any breed at all, aside from the ubiquitous Jersey, while pencils across the room quickly jotted down the correct answer – the diminutive Dexter. Turns out what I don't know about cattle could fill up a ranch.

So it went with questions about bromelain (the chemical reason why your aunt never made her famous Jello-O mold with fresh pineapple) and applesauce (John Glenn's rather uninspiring orbital amuse-bouche). If not for the Chronicle's smarty pants (Virginia B. Wood, Kate Thornberry, Mick Vann, Rod Machen, and Amira Jensen), I would have probably muttered an excuse about drinking too many of David Alan's hefty gin Bloody Marys before hanging my head in foodie shame.

But even our Children of the Chron A-team was no match for the Guardians of Gastronomy, who walked away with the coveted golden hoe and well-deserved gift certificates to the Cedar Park and Mueller Farmer's Markets.

I walked away with leaf lard, freshly butchered by Bryan Butler and the Salt and Time team – but only after entering a bidding war with a member of the Austin Food and Wine Alliance. I might have blown my monthly lard budget in the excitement of the moment, but it was for an excellent cause. I'll use it to make potato chips, or in a batch of refried beans (which one of the questions reminded us is only fried once).

Kudos to cheese wizard John Antonelli, our affable emcee, and congratulations to Wink's Eric Polzer for winning this year's Snailblazer Award. We'll be hitting the books, visiting farms, popping corks, and eating a lot of food in preparation for next year's contest. Watch out folks. Much like the film that gave us our name, Children of the Chron will always have a sequel.