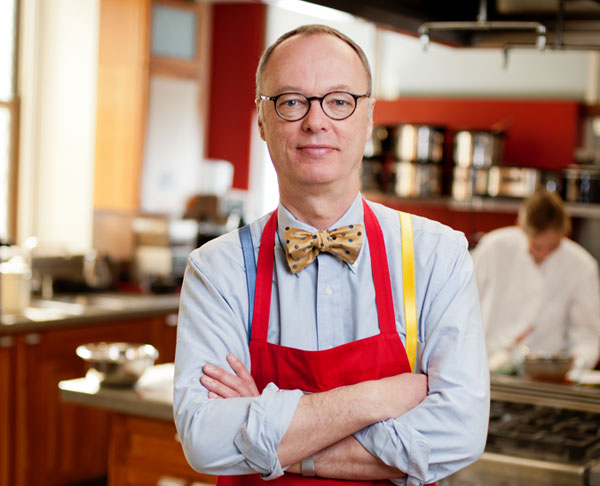 At a time when food magazines packed with slick food porn are struggling to fill ad space, Cook's Illustrated, which eschews both photography and advertisement, expects to welcome its millionth subscriber within the next couple of years. And while much of food TV revolves around food as entertainment with celebrities and contests, America's Test Kitchen has a large and loyal following of cooks who appreciate tested recipes and honest product evaluations. "When I first started the magazine, people in the publishing industry said I was crazy, that it would never work. Now they're coming back around, asking how we did it," Kimball said in a recent phone interview.

The secret to Kimball's success with the magazine, various cookbooks, and the television show is providing aspiring home cooks with something they can actually use: recipes that work. "When I started taking cooking classes in the Seventies, I realized there was very little reliable information out there for home cooks. I really developed the magazine's testing format to answer my own questions," Kimball explained.

Before a recipe makes it into the magazine or is prepared on television, Kimball and his team have anticipated possible mistakes and made modifications so they can present a recipe that is truly the most reliable version of a dish for home cooks. According to Kimball, "For some reason, Americans don't like to follow recipes or seem to think really good cooks work without them. Our formula does well because we're giving people something they can't get somewhere else; recipes they know they can count on every time."

When Christopher Kimball brings America's Test Kitchen Live! to the Long Center on Aug. 13, fans of the highly rated PBS series will get a behind-the-scenes look at how the show's scientific experiments, recipe testing, and product tastings and try-outs all take place. He'll be joined by some other contributors via video and also set aside some time for a Q&A with the audience. "It's really important today to be involved in lots of different media and it's good to go out and see your customers from time to time," says Kimball of the interactive experience. For complete details and to buy tickets, go here.