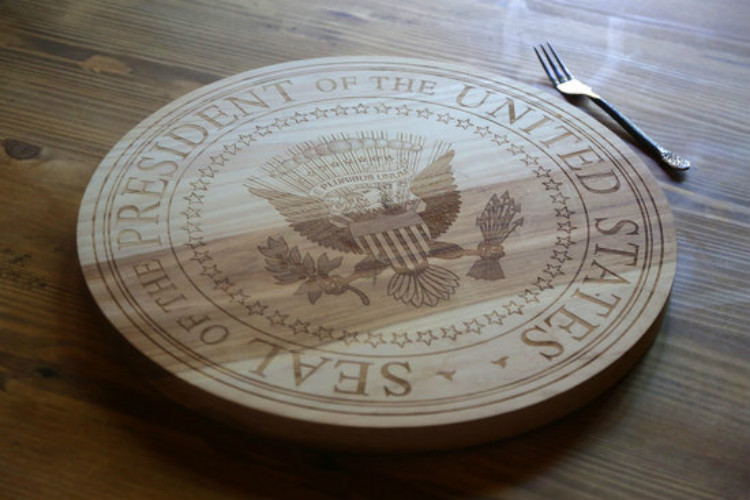 Media coverage of President Obama's whirlwind visit to Austin last week provided great publicity for Franklin Barbecue, Magnolia Cafe West, and Fresa's. However, it could just be that the most distinctive food item served to the President didn't originate in a restaurant kitchen at all.

When President Obama arrived in Austin last Wednesday night, his first stop was the Pemberton Heights home of filmmaker Robert Rodriguez for a Democratic Party fundraiser. A guest list of local Dems, movie stars, and members of the local film community relaxed at the Rodriguez home, awaiting the President's late arrival. They were served El Presidente tacos, created for the event by Rodriguez' business partner Rene Ortiz. The tacos were popular and should show up soon on the Fresa's menu. However, the major culinary hit of the evening was hand-tossed, Neapolitan-style pizza prepared by Rodriguez himself.

Rodriguez is so passionate about making pizza that he had a wood-fired pizza oven installed in his home. It gets plenty of use. "I make pizzas with my kids and I even made pizza for Francis Ford Coppola once. He said it was pretty good Neapolitan-style," Rodriguez recalls with pride.

The pizzas Rodriguez made for President Obama had an even more distinctive touch: They were served on round wooden serving platters embossed with the Presidential Seal that Rodriguez had made in his local film studio shop. We didn't get to taste the pizzas, but we'll take the word of party guest Demi Lovato, who raved in a tweet shared by the host.