Fest-goers line up for tasty bites from emerging culinary scene 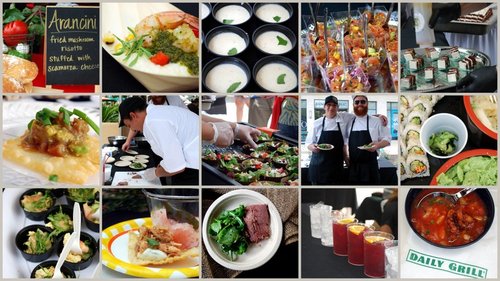 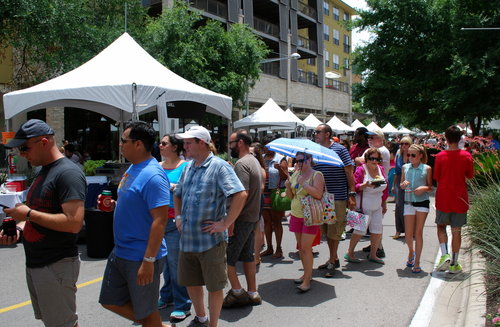 The event offered family-friendly activities, children’s entertainment, free live music, and of course, plenty of shopping opportunities at Domain retailers. Wristbands, good for 10 “tastes,” were available for $20. For an additional $10, festivalgoers had the opportunity to enjoy a “VIP experience” – exclusive access to covered, plush seating near the music stage, a Taste North Austin “goody” bag for the first 200 VIP guests, and two complimentary drink tickets.

Judges, local food critic Rob Balon, CultureMap contributor Meredith Bethune, Austin Food magazine associate editor Hayden Walker, and local food blogger Jane Ko of A Taste of Koko, had their jobs cut out for them in trying to ferret out the best offerings among the signature dishes from some of North Austin's most popular eateries. After inspecting, tasting, considering, and conferring, the panel declared these favorites:

Participating restaurants had the opportunity to partner with their favorite charity to compete for designation as a Fan Favorite. Each visit to a restaurant’s booth to sample with "taste tab" payment was counted as a "vote" for the establishment’s chosen charity. The charity with the most votes was awarded a Simon American Express gift card.

Though lines during lunchtime were long under the relentless midday sun, enthusiastic samplers were met with inspired choices. Most restaurants brought their A-game; chefs and assistants busily prepared, composed, and offered thousands of samples of their best bites. Only a few missed the mark, perhaps underestimating the size of the crowd, the complexity of their offering, or the amount of staff required to serve at such an event. Those instances were few, and happily, supplies of favorites were plentiful well into the afternoon.

As the well-attended event wound toward its 4pm finale, the satisfied crowd of festivalgoers, accustomed to steamy summers, continued to nibble and sip, mop and fan themselves, and bop along with the Biscuit Brothers and Skyrocket!, well into the afternoon. 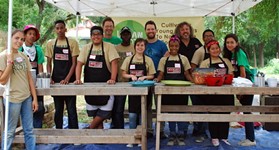