Radio Coffee & Beer opened to much fanfare over the weekend. While South Austin residents have been waiting patiently for the coffee shop/craft beer hybrid to open its doors, local singer/songwriter and owner of Radio, Jack Wilson has been meticulously renovating the well-loved space. 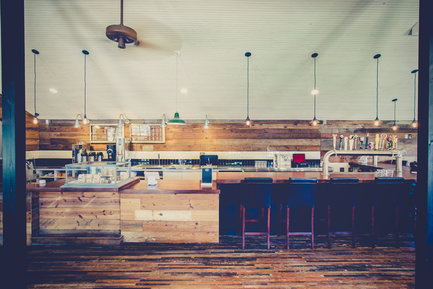 Previously occupied by Cliff Fort’s Flower Market, the charming Forties home has been lavished with an inordinate amount of detail work determined to maintain the integrity of the building. It is both rustic and nostalgic with reclaimed wood floors, high ceilings, and plenty of natural light punctuating the already bustling space. From salvaged window menu boards hand painted by local artist Dan Grissom to a one-of-a-kind tap system designed and built by Travis Read of Custom Draft, the attention to detail is palpable.

Overall, the setup includes Stumptown espresso, brewed coffee, cold brew bottles, cold brew nitro draft, a kombucha tap, and 24 craft beer taps with pizza slices from East Side Pies and both regular and gluten-free pastries from Peoples Rx. In addition to the indoor offerings, the newest trailer from Veracruz All-Natural Tacos has taken up residency in the Radio beer garden. 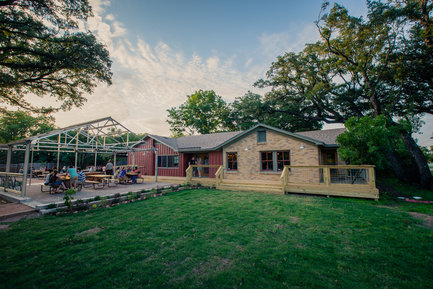 With the name itself an homage to the evolution of music, Flipnotics Bluegrass Monday will be heading to Radio, in addition to a handful of selected shows each year. “I didn’t want to make Radio a ‘venue’. Venues have music every night, and some nights are great, but most are subpar. I want every single show at Radio to be a life-changing musical event,” explains Wilson, adding that guests can look for some very special appearances during the Austin City Limits Music Festival.

Greatly inspired by Wilson’s touring days, Radio takes after the innumerable coffee shops and bars that were stops along the way. According to Wilson, “I developed a sense of what kind of space could support a community. And because that’s what it takes for a cafe to succeed, we created a cafe that would be supported by its community in turn.”