Torchy's Tacos Is Coming to Former Fran's on South Congress 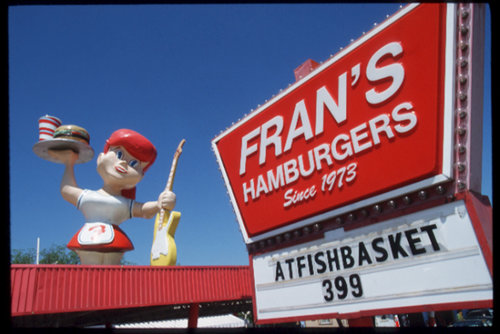 Photo by Jana Birchum
Austinites bemoaned the loss of a 40-year-old iconic burger joint when the Junk family didn't renew a more expensive lease on the original Fran's Hamburgers location on South Congress in 2013. We've learned the rapidly expanding Torchy's Tacos chain has leased the prime SoCo property for the flagship of their next generation of restaurants. 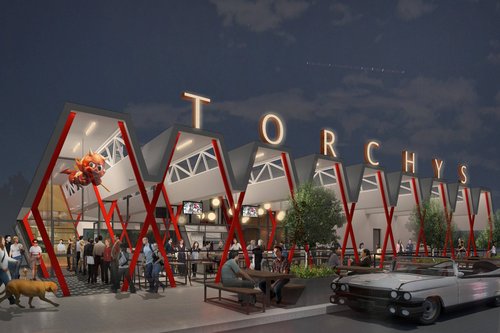 courtesy Jamie Chioco Design
Based on our conversation with marketing director Brittany Platt, the new Torchy's at 1822 S. Congress will offer indoor and outdoor seating and a full bar in addition to an expanded menu. "This will be the prototype for our new stores going forward and it's the Torchy's we want people to see when they visit Austin," Platt said. Based on the rendering from Jamie Chioco Designs, the new spot will have some eye-catching design elements and clever signage, as well as some off-street parking, which should make it a popular SoCo dining destination.

When asked if he was concerned about putting a bigger, fancier Torchy's in such close proximity to two stores on South First, Torchy's founder Mike Rypka explained that neither the original trailer park outlet (1311 S. First) nor the old Virginia's Cafe location (2809 S. First) offers the opportunity for expansion or full bar service. "And besides, we just couldn't pass up the opportunity to be on South Congress. The location is too good," Rypka said. Rypka says they hope to have the SoCo Torchy's up and running in time for South by Southwest 2015.

In other Torchy's expansion news, the eagerly awaited new outlet in the Mueller development has gotten caught up in the backlog vortex of the city permit process and is now projected for a fall opening. 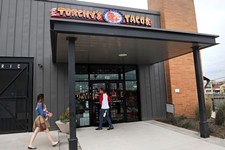