Mixin’ It Up at in.gredients

Located on Manor Road, a few blocks east of I-35, in.gredients has amassed a near cult-like following of East Side neighbors, families, and local-food loyalists. Live music, free yoga on the lawn, and the esteemed Bagelini have all contributed to the popularity of the offbeat grocer. 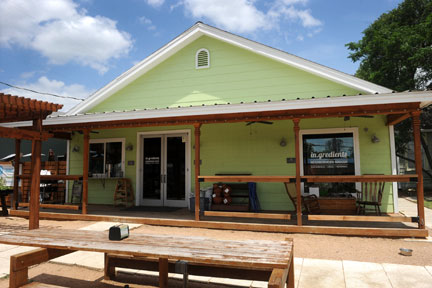 Although initially opened as the country’s first zero-waste, package-free grocery store, in recent weeks patrons may have noticed a discernible shift in the aisle aesthetic. A financial decision at its core, in.gredients now offers packaged goods. After just under two years of operation, the micro-grocer has expanded its offerings – and thereby revamped its ethos – narrowing the focus to zero waste, local food, and community.

"We knew from the outset that some elements of this experimental business model would prove more popular and important to our customers than others. The shift in our offerings is a direct response to customer requests and behavior, both of which show a clear preference for local, quality products rather than 'package free' ones. Our customers have been quite enthusiastic about our new offerings thus far, which to me means we're more effectively meeting the community's needs and wants,” explained store manager Josh Blaine. 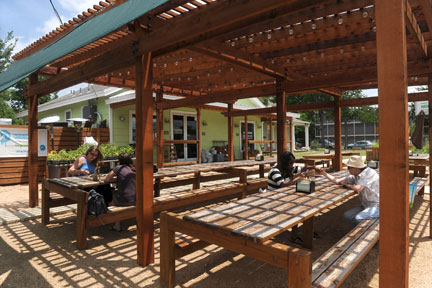 As the grocer clears out less-popular bulk options, items on the shelves will continue to look noticeably different. Namely, among the Beanitos and the popcorn and the pretzels, in.gredients now sells craft beer in cans and bottles.

Previously relegated to three of the six boozy taps behind the bar (tap expansion coming soon), craft beer now exists within the shelves and coolers. Independence, Hops & Grain, Austin Beerworks, Infamous, Circle, Jester King, Austin Eastciders, Argus Cidery, and Real Ale round out the hyper-local selection of brews with Rogness and Adelbert's bombers in the works. While some patrons will undoubtedly lament the loss of the package-free ideal, with local bottled wine also on the way, the sense of loss will likely be short-lived.