Fresh lime juice is a precious product this margarita season 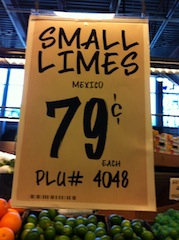 Where else would feel an international lime shortage more drastically than Austin? In a town where the margarita is the go-to drink, especially in warm weather, bars and restaurants are feeling the impact of the dearth of good limes that typically flow easily from California and Mexico.

“It’s a Limepocalypse!” says Joyce Garrison of Whisler's. “They’re like little rocks. You almost want to offer the limes something to drink!” With up to 97% of U.S. limes coming from Mexico, blame the shortage on a combination of this winter’s long, hard freezes, heavy rains knocking blossoms off the trees, and a wicked citrus bacterial disease called Huanglongbing. According to the L.A. Times, the disease has spread into Florida and California crops this season, as well. 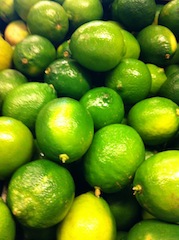 “A box of limes used to be about $27,” says Vespaio’s bar manager, Rachelle Fox. “Now, it’s closer to $130. And they are small, dry, and bruised.” The South Congress Italian eatery has removed lime juice-heavy drinks from its specialty cocktail menu as opposed to raising prices, and has turned to ordering some pre-squeezed juice.

In addition to crop-damaging weather conditions, violent Mexican drug cartels are reported to have gotten in on the supply and demand chains, knowing how valuable limes have become in their scarcity. Produce trucks headed into the U.S. are stopped and forced to pay heavy tolls to continue on their way toward the border. This is especially true in the state of Michoacan where extortion is said to be the worst at the hands of the Knights Templar, according to the New York Daily News.

Mexican restaurants and bars are not the only places feeling the heat. Popular local craft cocktail bars are heavy users of fresh-squeezed limes. “Juice programs are very expensive right now,” says Garrison. “The yield is horrible, and juicing them takes forever.”