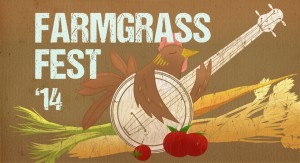 When farmer Jane Levan broke her arm a little more than a year ago, it was a disaster. Jane and Terry Levan, like most small farmers and ranchers in Texas, could not afford individual health insurance policies.

Farmers as a demographic are an older group; the average age for an American farmer is 59. Consequently, most farmers are caught in the gap where they are too young for Medicare, but very expensive to insure. It is not unusual for a farmer’s health insurance policy to cost $1,700-$2,500 a month, and if the farmer is married, as Jane and Terry are, that can mean premiums of $5,000 a month. That is an amount that is just not feasible for small farmers and ranchers, in this state or any other.

Now that the Affordable Care Act has come into play, more Central Texas farmers and ranchers are going to be able to buy reasonably priced policies. Many others, however, make too little income to benefit from the ACA. Because Texas did not expand Medicaid, many small farmers are still up the proverbial creek when it comes to access to medical care. If they are injured or ill, going to the hospital could literally mean losing the farm.

Fortunately for Jane, a friend set up on online donation site where Jane and Terry’s colleagues, friends, and customers could donate to help them with the medical bills. Her fracture was a complex one, requiring surgery (as most bone breaks do after the age of 50). The costs came to more than $10,000, and due to the generosity of the Austin community, the funds were raised in a little over a week.

In the months following Jane’s experience, several area farmers had similar bad luck. The Ottmers, farmers down near Stonewall, in one weekend had their entire crop wiped out by hail, and their teenage son badly injured in a serious car wreck.

Because Central Texas farmers are for the most part in the same boat as the Levans (too young for Medicare, too old for affordable policies), they have been quick as a group to assist the stricken. “There, but for the grace of God, go I” is a truth that is acted on, typically with great generosity. Multiple fundraisers have been hosted for local farmers and ranchers in the last year, including the Ottmers.

Now, however, several members of the local farming community are doing something to get ahead of the problem. This Sunday, The Growers Alliance of Central Texas (GroACT) is putting on a bluegrass festival to raise money for an emergency medical fund for area farmers. 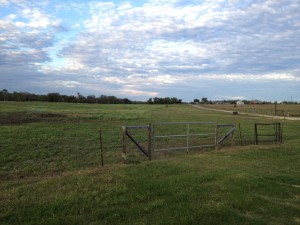 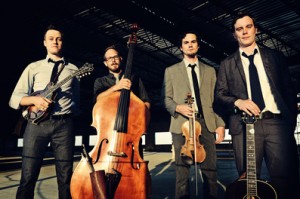 Bluegrass heroes MilkDrive
Simmons Family Farms is a gorgeous vegetable and livestock farm, located a short distance from Austin. Because the cause is so very good and nobody understands being uninsured better than musicians, a stellar lineup of bluegrass talent has agreed to play. Headlining the event will be MilkDrive, who play at 7pm. Preceding them will be my favorite bluegrass outfit, The Lost Pines, who go on at 6pm.

At 5pm the Bottom Dollar String Band plays, preceded by Fog and Bone and the Silky Brisket Boys, respectively.

Tickets bought by online presale (age 12+) are $15. These tickets will be available until noon on Saturday, April 5, after which they will be $20, the same price as at the gate. Children 12 and under are admitted for free.

All proceeds will go to the Medical Emergency Fund for Central Texas Farmers. The weather will be gorgeous and the music will be sensational. If you would like to show your appreciation for our local farmers while having a fantastic time, this is an event you won't want to miss.

Groups of 20 or more people can purchase tickets for $10 apiece; for more information about group tickets, or if you would like to donate to the cause but cannot attend the event, go here.