Robert Rodriguez fans already know he’s a serious foodie from the cooking lessons on his films' DVD extras (scroll down for video). Now the director is getting into food in an even bigger way, by investing in local restaurant chain Fresa’s and planning food-related content for his hatchling El Rey Network. Business partners chef Rene Ortiz and director Robert Rodriguez eating Fresa's El Rey tacos (Photo by Fresa's)
Whether he’s dining out with his kids, ordering meals for movie sets, or sharing a meal with cast members, Austin-based film director Robert Rodriguez likes to keep it local and he insists on good food. “I’ve always been a huge Rene Ortiz fan. Anytime I needed to take someone out for a special dinner, my go-to choice was always La Condesa, because I loved the food [chef] Rene Ortiz was doing in there. I would always tell him we’d have to put together some kind of cooking thing for the TV network I was planning,” he recalls.

Fast forward to March, 2014: Chef Ortiz has moved on to new projects, and his fan Robert Rodriguez is now his partner in some tasty new endeavors. We spoke with them earlier today about their new collaboration and how it came about.

Austin Chronicle: So how did this partnership happen?

Robert Rodriguez: I’d been a fan of Fresa’s since they opened. I would take my kids there and we’d eat in the car as a real family experience. Sometimes, I’d stop by there myself when I wanted something quick, but not regular bad, drive-through food – something really fresh and good. Or I’d order catering from there during movie shoots to make sure everybody ate well while we were working. It got to the point where I was going through those cards where once it’s punched out you get a free chicken, almost every week. Now that Rene is involved, it’s even better.

AC: Chef Ortiz, you and restaurateur Margaret Vera took over the operation of Fresa’s from McGuire/Moorman Hospitality earlier this year. How did your biggest fan here get involved with the company? 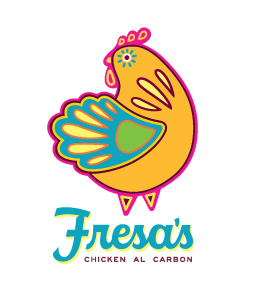 Rene Ortiz: We wanted to expand the menu and grow the company, to keep this store but open larger, quick/casual versions where you can eat there or take food out. We’d like to create one flagship and then do several others. I told Robert we would need investors to do that and...

RR: I jumped right on it. I am really excited to be part of this. Where his food goes, I’ll follow. Any food venture that Rene’s involved in, I want to be part of.

AC: So, now that Robert is an investor in Fresa’s expansion plans, how is the search coming for new locations?

RO: We’re still looking at real estate in both north and south Austin, but nothing firm yet.

RR: Maybe San Antonio, too, at some point in the future.

AC: The newly expanded Fresa’s menu now includes tacos, one of them being an El Rey. Tell us about that.

RR: Rene asked me to come by and try out some of the new tacos, and, of course, I liked them a lot. I didn’t know they called one El Rey until afterwards when he showed me the menu. I was like “Wow, man, you called one El Rey?” So we decided we’d give some away to promote the whole new menu. 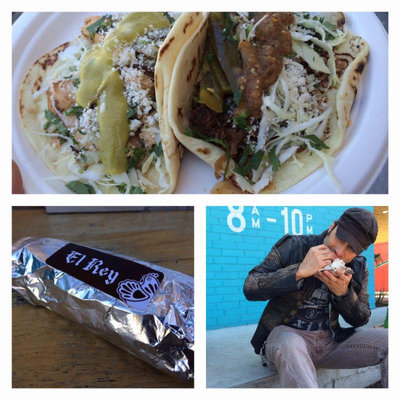 AC: That’s the promotion at Fresa’s on Saturday, March 15, when they’ll be giving away one free El Rey taco with every two tacos purchased, as long as the supplies last, right?

RR: Yes, we give away some tacos, show off the new stuff.

AC: Rene, one thing I noticed on the new Fresa's menu I just downloaded is that you’re now offering several flavors of the ice cream in individual servings, not just pints. So excited about that!

RO: Yes, Laura Sawicki has been working on some new flavors of ice creams and developing some new dessert items for us.

AC: Speaking of Laura, how is the new Launderette/Angry Bear project you're doing together on Cesar Chavez coming along?

RO: We’re making progress. We should be able to start construction in about two months and we’ve already seen a lot of interest from people in the neighborhood. I fell in love with the foods of Southeast Asia when I was in Australia and Angry Bear is going to give me a place to really get those food ideas out of my brain and onto plates.

AC: So, do you guys have anything else up your sleeves?

RR: We’re going to develop some food programming for the El Rey Network. People who’ve seen me on YouTube or have copies of my DVDs with expanded content already know I love to include little personal cooking lessons, like the puerco pibil or even how to make homemade tortillas. I can’t imagine doing the network without food programming, and Rene will be involved in that.