New Wonderland on East Sixth is latest spot for his creations 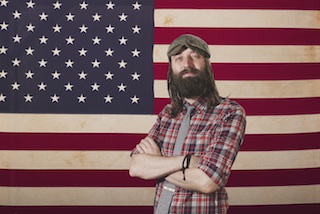 Austin’s own bartender extraordinaire, Jason Stevens, is making news again by nabbing a spot on a list of the country’s 25 best bartenders. Published by online food-and drink-website, The Daily Beast, Stevens sits squarely at number 13 among the short list of the brightest names in his field.

According to their press release, editors at the The Daily Beast narrowed down the country’s more than 550,000 bartenders to a list of just twenty-five names by looking at who was “making waves in their respective cities” by taking home awards or receiving nominations and simply “who stood out among so many great contenders”. They mulled over menus, scoured cocktail lists, and investigated who was doing "the extraordinary".

Known for showcasing his creative cocktails at Bar Congress, East Side Showroom, and The Tigress, Stevens is also co-owner of Bad Dog Bar Craft, which includes a line of commercial bitters used widely in serious craft cocktail bars. His latest efforts include the transformation of the former Cheer Up Charlie’s space into Wonderland (1104 East Sixth St.) with business partner Scott Walker. The soft opening last week had the people winding around the building to get in to check out the duel play of a bottled-beer “dive bar” with Stevens’ upscale drink list. Up and running for this week for South by Southwest, of course.