The Austin Food & Wine Festival returns to Butler Park from April 25-27 with a full line up of interactive cooking demos, informative and educational seminars, tasting tents with food, wine, cocktails and craft beers, live music, and plenty of opportunities to rub elbows with culinary stars from around Texas and the nation. 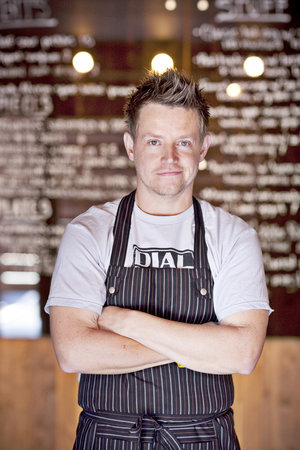 Chef Richard Blais (courtesy Baltz & Co)
Two chefs added to the culinary celebrity line-up this week are molecular gastronomy whiz and Top Chef – All Stars winner Richard Blais, who will present a demo riffing on tacos and tequila in TrailBlais, a preview of the “left coast cookery” of his new San Diego eatery, Juniper & Ivy. Respected Chicago chef, restaurateur, cookbook author, and PBS cooking show host Rick Bayless will put his expertise in the cuisine of Interior Mexico to good use in the Saturday night Rock Your Taco competition, throwing down against two time winner, Austin chef Tyson Cole, and a stellar line up of local and national talent. 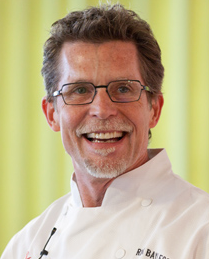 Based on last year’s popularity of the hands-on grilling demonstrations and the live fire cooking pits, festival organizers have wisely increased the size and scope of those two presentations this year. Festival co-founder Chef Tim Love will lead what’s being described as “the world’s largest hands-on grilling demo” on Saturday, Apr. 26, offering tips for grilling all kinds of foods and maybe the opportunity to participate in a round of his now-famous Shot Roulette. On Sunday, April 27, Texas chefs Ned Elliott, Aaron Franklin, Bryce Gilmore, Paul Qui, Andrew Wiseheart, Tim Byres, John Russ, and Jason Dady will man the two live Fire Pits, demonstrating the path to success with this rustic cooking style.

Wine, beer, and cocktail enthusiasts will be pleased to note that knowledgeable locals will offer panels on current hot topics: sommeliers Vilma Mazaite, Craig Collins, and Devon Brogle; bartending stars David Alan, Jessica Sanders, and Nate Wales; and craft brewers Josh Hare and Ron Extract will all be on hand to share their expertise.

The popular Chef’s Showcase feature has been expanded this year to include a larger number of local chefs presenting their signature dishes to the crowd. Between those tasty bites and samples of artisan food producers in the tasting tents, no one should leave the festival grounds hunger.

Tickets for the Austin Food & Wine Festival are on available in both Taste ($250) and Savor ($850) options and guests must be 21 or older to attend. For a complete schedule and to buy tickets, go here. 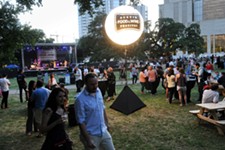 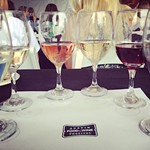