In a social media-savvy market like Austin, it’s hard to imagine restaurateurs who aren’t aware of the online responses to their business. However, being out of touch with customer feedback can be a serious problem.

In fact, a lack of awareness of customer reactions is one of the major problems Food Network celebrity chef Robert Irvine often discovers when he steps in to diagnose and solve problems as part of his popular show, Restaurant:Impossible. 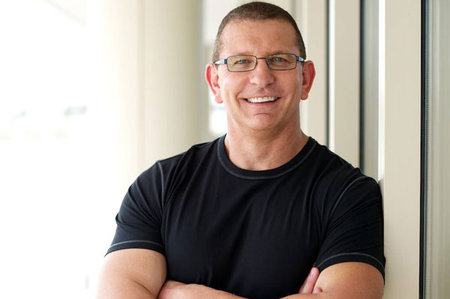 In the past, Irvine has had clueless restaurant owners watch videos of focus groups or interviewed restaurant guests on camera talking about their issues with food quality, restaurant ambience, and service. That won’t be necessary anymore. These days, Irvine is an equity partner in an Austin-based technology start-up called Humm Systems, that has created a hand-held, customizable customer survey device that provides guests the opportunity to share responses about their dining experience before leaving the restaurant; in effect, talking to the restaurant, rather than venting about it later via social media review sites.

Chef Irvine and Humm founder Bernard Briggs were in Austin a couple of weeks ago promoting the new technology to local restaurants and media. Irvine made it clear he’s not just the celebrity face of Humm, he actually utilizes the devices and the service in his Nosh restaurant in Hilton Head, South Carolina. “I don’t promote anything I don’t use,” he assured us. 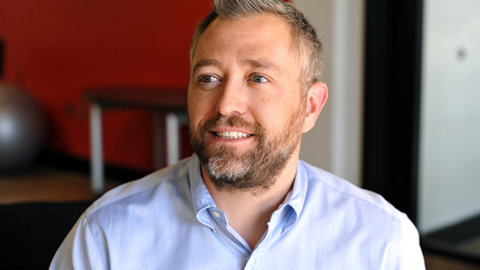 Humm founder Bernard Briggs (courtesy PorterNovelli PR)
Company founder Briggs said he’d actually had the idea for Humm a few years back but had to wait for the hand-held notebook technology to catch up with his vision. Now, here’s how it works. At the end of a meal, servers deliver an iPad-like notebook to the table with the check. Customers are encouraged to fill out the Humm survey with content that has been customized to the particular restaurant. According to Briggs, they’ve seen an 85-95% guest response rate in restaurants where Humm is in use and some restaurants report as much as a 45% reduction in negative online comments after giving their clientele the opportunity to express themselves while still in the restaurant.

“There are a few guests who don’t use it, but people who are already interested in technology are really excited to participate,” said Austin chef/restaurateur David Garrido, who uses the Humm system at Garrido’s (360 Nueces).

It makes sense that the sooner a restaurateur knows about a problem, the faster they can solve it. The feedback on the Humm survey can send out instant text message problem alerts linked to dates and dining times, server name, and ticket numbers to facilitate performance tracking. “Now when there is a problem with food or service, I get an alert and we can make sure we’ve given that customer some personal attention before they leave the restaurant,” Garrido reports, adding that the use of Humm has “also improved our service because our servers like being recognized {by guest evaluations} as the best performing server.”

One of my first questions about the Humm device was if there had been any problems with theft and creator Briggs explained that while the devices “resemble small notebook computers, they don’t have any other practical application,” and haven’t really been targets for theft. Humm offers deals where the devices can be rented monthly or purchased outright and then there is a monthly fee for the Humm Insights Portal that operates on Google cloud technology.

County Line BBQ (6500 Bee Caves Rd.; 5204 RR 2222) honcho Skeeter Miller was one of the first local restaurateurs to sign up with Humm. “I liked the idea of pairing up with a local technology start-up and I was really curious to see what it could do for our business. We had some hardware problems in the beginning, but those have mostly been ironed out now. We’re using Humm in both our Austin restaurants and we love it,” Miller said, adding that he eventually intends to use Humm technology in all County Line outlets statewide.

Miller agreed with Garrido that the instant alert feature helps he and his managers address customer problems in real time, which seems to make for happier guests and reduce negative online reviews. “You’re still going to have some negative things show up online because that’s the way of the world these days, but this has really helped us solve problems before they get to that point,” Miller explained. He also acknowledged that his staff members are taking pride in and striving for positive guest evaluations.

ALC Steaks (1205 N. Lamar) general manager Catherine McCune says Humm has provided the Austin fine dining mainstay with all kinds of useful information. “We recently changed our menu and getting the instant customer feedback was very helpful to us, and we like that people will share their email addresses,” she reports. McCune also pointed out that the Humm evaluations had given the ALC management a completely different perspective on their staff because now they’re also able to see them through the eyes of the customer.

While Humm founder Briggs allows that the technology has applications for all kinds of service-related businesses, he and Irvine are particularly excited about what it can do for restaurants. At this point, Humm technology is in use at such local eateries as Truluck’s (company-wide), Moonshine Patio Bar & Grill, and Hyde Park Bar & Grill (both locations).