Valentine's is still delicious for us single people 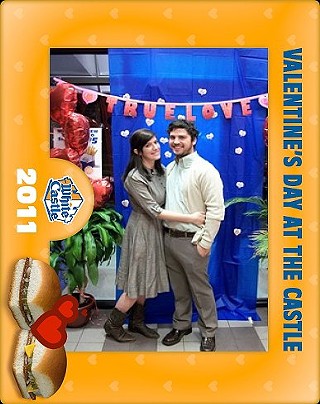 My last Valentine’s Day spent with a significant other was in 2011. The scene: a White Castle in Columbia, Missouri, complete with candles, waiter service, and a photo booth. It was, without exaggeration, the best Valentine’s date I have ever been on. There’s just something “so wrong it’s right” about enjoying bad food on a day that’s all about fine dining.

I haven’t technically had a romantic February 14th since then, but I have still managed to wind up at delicious (and usually unhealthy) restaurants for the occasion. Here are a few choice places for those flying solo this month (and for those couples who simply don’t take the holiday too seriously):

1) P. Terry’s. February, 2012: Coming off a three-year relationship that imploded on New Year’s Eve, I made the declaration of a “LADIES’ V-DAY!” (caps very necessary). This is also known as “roping your fellow single friends into a night of bad decisions on the town.” And like any string of poor decisions, this night started with fast food – though it was arguably the best pick of the bunch, P. Terry’s. I know “single ladies stuffing their faces” is quite the cliché, but it’s an incredibly fun one to live up to. After unapologetically chowing down some veggie patties and fries on the South Lamar patio, we moseyed on over to Ego’s for some serious whiskey drinking and even more serious karaoke. Because nothing says “Valentine’s Day” like doing a shot and getting onstage to belt out the Bobby Fuller Four version of “I Fought the Law.”

2) Food trailer hoppin’. By Valentine’s 2013 I had been comfortably single for a while, and my main mission was more “check out the new book store opening on Cesar Chavez” than “get drunk and eat all the food.” That was my mission, at least. While I did indeed attend the bookstore opening with a gal pal, we also hit up a number of bars in the area. And when you’re drunk on the Eastside, you eat on the Eastside. I’d like to recommend my previous V-Day choice of rice balls at Shangri La’s East Side King trailer, but that’s closed, so you’ll just have to make your own. (They’re also available at the South Lamar location.) Or, to avoid any drunk Cornballer-like incidents from trying to make fried rice balls, sidle on up to Dumpling Happiness outside of Whisler’s. From scallion pancakes with cheese and pork cotton candy to chicken and shiitake dumplings, this is a surefire bet for a good way to end the night. Because nothing can beat the Valentine’s blues like dumplings and/or happiness.

3) Sabor de Soledad. OK, this year I won't actually be eating the infamous cheese snack that Liz Lemon likes to chow on alone in her apartment. But the idea of staying in solo does sound mighty appealing. After a while, forcing yourself to go out because it’s a holiday is kind of tiresome, even if rice balls are involved. (This coming from the woman whose yearly Halloween tradition is eating a McRib and watching The Thing.) I'm not one to be upset about being single on Valentine’s Day, but I will take any excuse to order some fantastic Chicken Tikka Masala from New India and sit in bed with Netflix. That may be what I do most nights anyway, but at least I'll have an excuse on February 14th. (As if I needed one.)

There’s a time-honored tradition of pitying the Sad Single Person on Valentine's Day. And sure, being unattached on an arbitrary day devoted to love can get you down, just like dwelling on your singleness can at any other time of the year. So why waste the energy? Frankly, I’d rather enjoy February 14th eating meatballs with friends at Patrizi’s than spending it at a swank place with a lukewarm love interest. From food to friends (and back to food), there's really no reason to be sad if you're flying solo this month. And you can be thankful that there will be no need to begrudgingly share any bites of your meal. 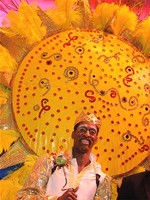 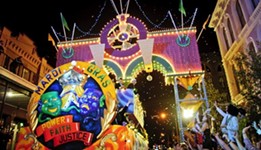 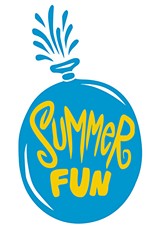 The Great Outdoors 2.0
Becoming one with nature ... and 200 Instagram followers 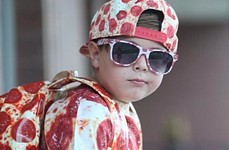