The Omelettry to Lose Lease in 2015 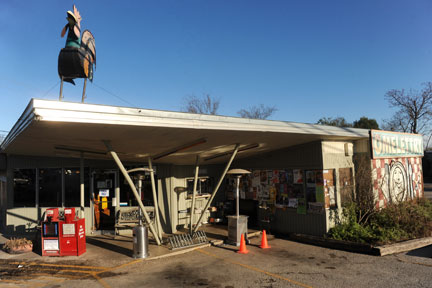 The Omelettry (Photo by John Anderson)
Shock waves reverberated through midtown Austin yesterday when the Austin Business Journal reported that the 36-year-old business had lost its lease and would have to relocate. But don't get your flapjacks in a twist just yet.

Neighbors in Allandale, Rosedale, and Crestview went into red alert mode as the news made its way around the neighborhood listservs. A quick call to Omelettry co-owner Jesse Carpenter revealed that they have indeed been notified that their long-term lease will not be renewed when it ends in June of 2015.

"They've told us we can leave sooner if we find the right spot, but they're not kicking us out. We've tried for years to buy this property but they never would sell it to us. Now that the heirs are ready to sell, the land itself is worth a lot more than this old building. We couldn't make enough money selling eggs and pancakes to pay back a bank loan on the property," Carpenter explained. 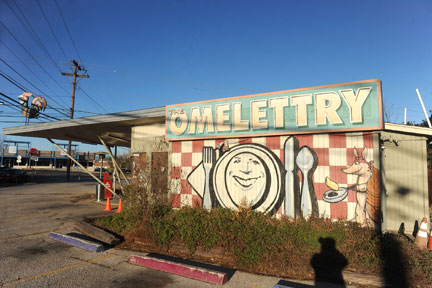 Jesse and his father, Omelettry founder Kenny Carpenter , are actively scouting other properties in the same general area, but Jesse is wary of disclosing too much about their search. "The way the restaurant market is these days, I wouldn't want someone to find out where we're looking and outbid us." The Carpenters plan to remain open on Burnet Rd. until a suitable new location can be found.

The Omelettry has been a midtown mainstay since business partners Kenny Carpenter and Kent Cole opened the breakfast restaurant at 4811 Burnet Rd in 1978. The landmark eatery could also be said to have spawned two other local favorites, both hatched from that original egg. Cole opened the Omelettry West at 2304 Lake Austin Blvd in 1979. He soon bought the business from Carpenter, renaming it Magnolia Cafe and eventually opening a second outlet at 1920 S. Congress. Not long after Cole bought the Magnolia, his ex-wife and her second husband, Patricia Atkinson and David Ayer, opened the original Kerbey Lane Cafe (3704 Kerbey Lane) and have gone on to create a popular local chain with six outlets.

Jesse Carpenter promises to let us know when he and his Dad have a firm deal on a new spot for the prolific Omelettry.